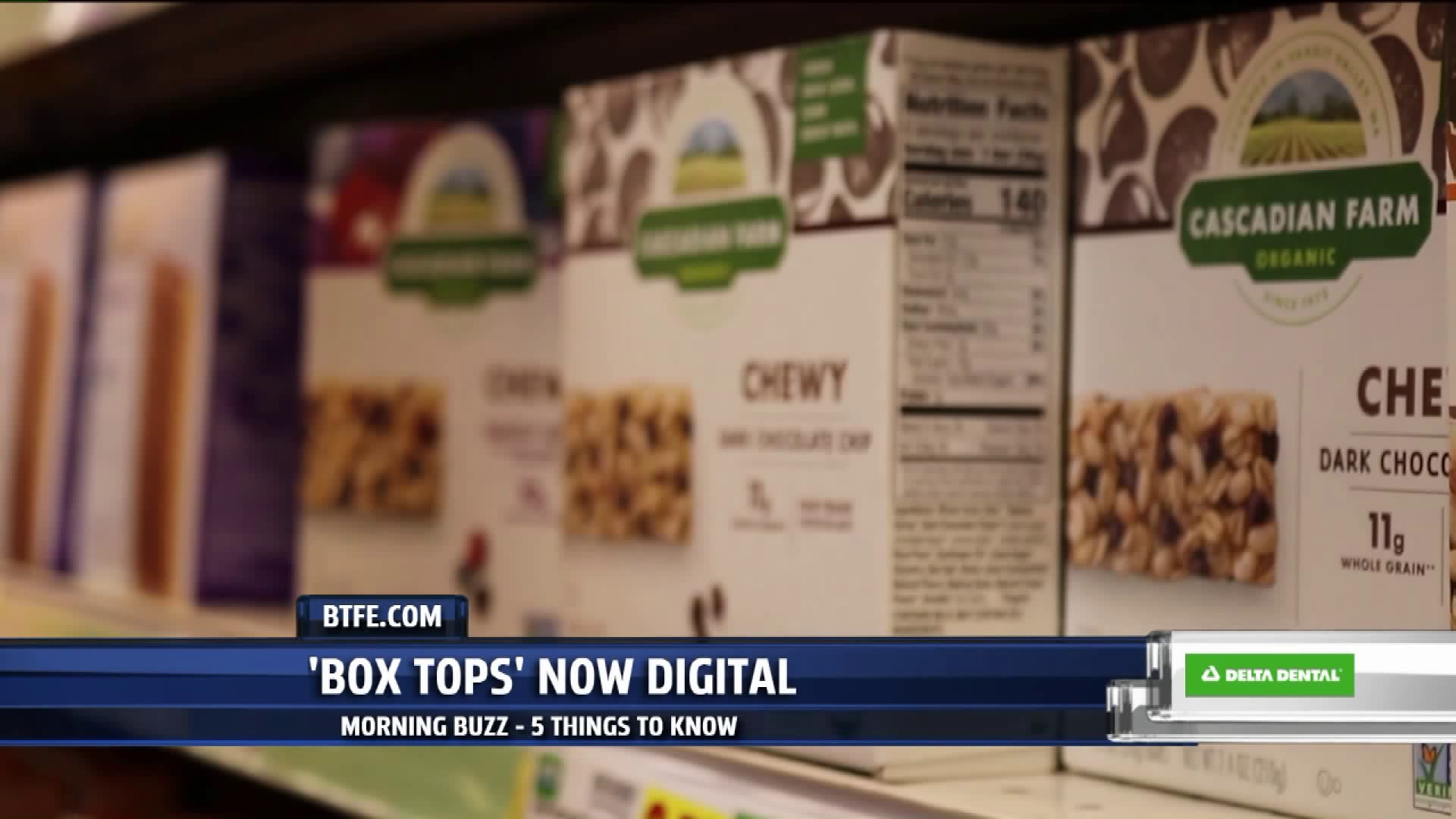 The public is welcome to attend a 5:30 ceremony at city hall for Police Chief-Elect, Eric Payne.

Payne has been with the department for more than 30 years and is the city's first African-American Chief.

He says he already has some changes in mind, including an official department policy for dealing with immigration-related scenarios.

He's also hoping to improve the department's relationship with citizens.

2. A new exhibit is open at Grand Rapids Children's Museum, and it's ready to send the whole family back to pre-historic times.

The traveling exhibit Amazing Dinosaurs! gives kids the chance to come face-to-face with life-like recreations of the long-extinct creatures.

Amazing Dinosaurs! will be here through mid-October. Check the museum's website for more information.

3. Tired of cutting out those BoxTops for the kids' school? Good news, it's now going digital!

All people have to do is scan a receipt with the new BoxTops app and they'll earn 10 cents per participating product. The cash will automatically be added to a school's earnings online and users can see the impact they're making in real-time.

The new app is available via iTunes App Store and Google Play. As the program transitions to the digital format, people will still be able to find traditional BoxTops clips.

Those will be accepted until they expire and, better yet, people can double dip during the transition by submitting the traditional BoxTops clips to their coordinator at school and scanning their receipts.

4. There's a new antioxidant in town, and the superfood may be hopping around in your backyard.

Researchers bought commercially available insects and analyzed them and say their work could be important in unlocking more insect-based antioxidants in the future.

5. Some baby chicks at the Oregon Zoo are taking their first steps.

The flamingo chicks are just two weeks old, but zookeepers get them out twice a day for walks and swim sessions.

Once they're big enough, they'll join the zoo's adult flamingos in the Africa Rainforest Aviary.

For now, they're a light gray, but eventually, they'll gain a bright pink color.

The chicks are the first to hatch at the Oregon Zoo.