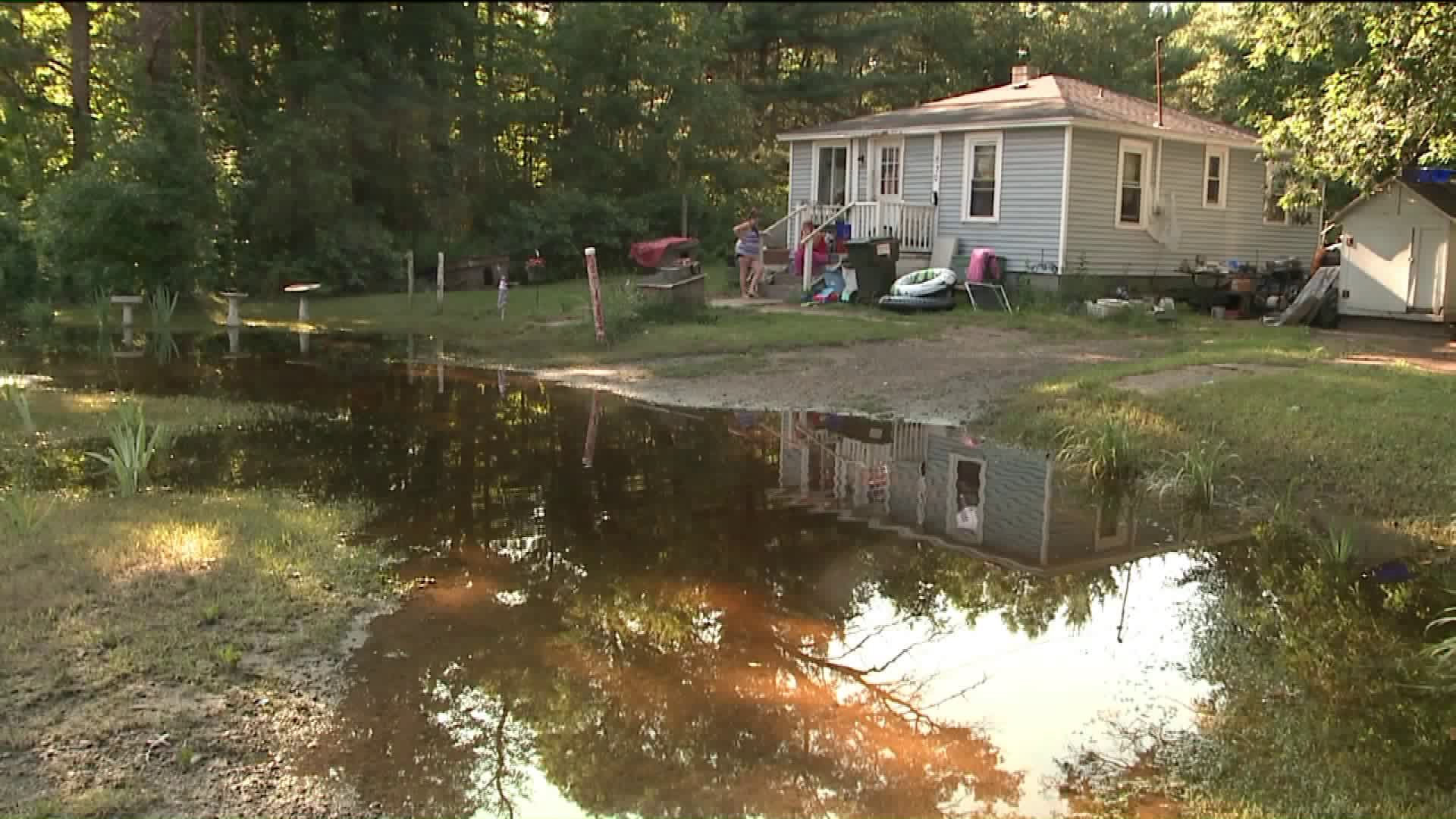 BALDWIN, Mich. — A lot of people are still cleaning up after this weekend’s storms, including in Lake County, where a local state of emergency was declared after heavy rain flooded the area.

On Monday, local officials were assessing the damage.

"It was heavy and it was constant. We had about 8 to 10 inches for most of the county and there was one spot that got over 12 inches," Lake County Emergency Management Director Patrick Maddox said.

A foot of rain battered Lake County over the weekend and left significant damage behind.

Many of the affected areas are near the Baldwin River, which overflowed.

"Many roads were washed out, at least a dozen houses that took on a lot of water. Evacuation efforts were Saturday night by fire department personnel, one person was displaced into a shelter," Maddox added.

Maddox says local first responders and the American Red Cross have been working nonstop to help those affected.

"Everybody has worked together so hopefully we will be able to get this thing under control soon," Maddox said.

Water can still be seen on several roads, a bridge on Broadway Street was completely washed away.

Some nearby homes have  more than a foot of standing water on their lawns and in their basements.

"When we came down last night it was like 19 inches above our ankles, it's never been this bad at all," Faith Knight said about the flooding.

Knight says their basement took on so much water their pump broke trying to keep up.

"You can’t even open the door without the water coming out. We had every bit of my cousin Louis’ stuff down there, it's ruined and everything," Knight added.

Right now it’s unclear just how much it will cost to fix everything.

The local state of emergency stays in effect for seven days.