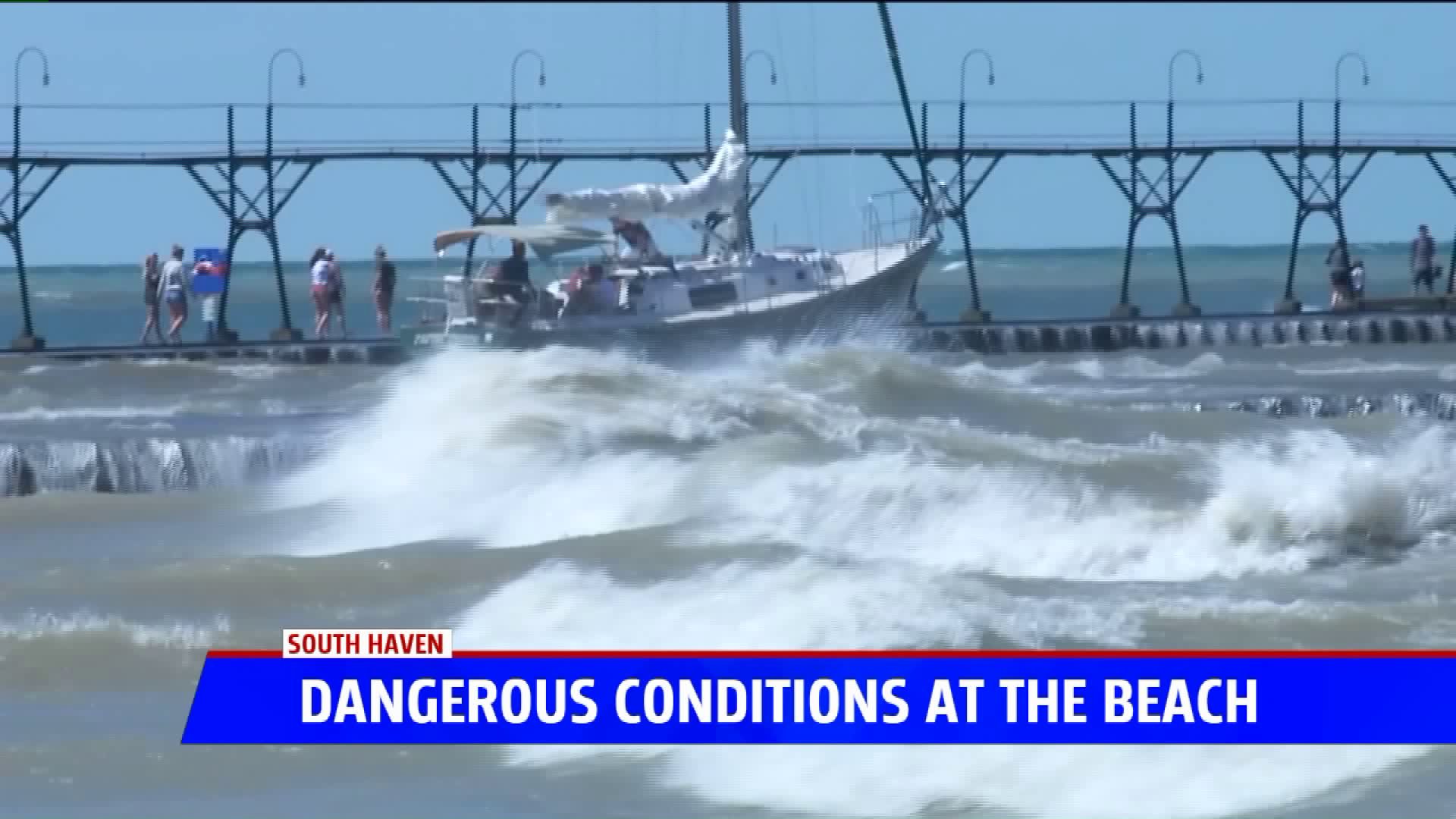 SOUTH HAVEN, Mich. — Beth and Terry Brumett have been coming to South Haven for vacations for over 35 years. They enjoy swimming and Lake Michigan.

However on Monday, they enjoyed the lake from the beach. They said the waves were too high to get into.

Ron Wise, executive director of the South Haven Area Emergency Services, said the waves at North Beach on Monday were 3 to 4 feet high. Typically they can get up to 7 feet. However, it only takes a few feet to knock anyone over, he said.

“You would be pushed right up against the pier, probably knocked out and it would just continue to pummel you until you died,” Wise said during an interview with FOX 17. “Today’s a very deadly day to be out on Lake Michigan, especially by our North Pier.”

Every morning, SHAES checks with the National Weather Service on lake conditions, he said. The interns always go to the beach with all three color flags in hand: green for “go,” yellow for “caution” and red for “stay out.”  With the waves crashing into one another at North Beach, they immediately put up the red flags.

All first responders with the SHAES are trained to handle water emergencies. However, it can be painful for them when a rescue isn’t successful, he said.

They seek mental and emotional help when it becomes overwhelming.

“It’s challenging for many reasons: one, the loss of life [and] the risk that people are taking upon theirselves,” said Capt. Owen Ridley who’s a part of the dive team. “Being at the finding end of a recovery, that sticks with you forever.”

Wise stressed the importance of heeding those warnings. If not, anyone who is rescued will be charged $500.

“It is a great day to come stand on our beaches and watch these waves. They’re beautiful,” he said. “It’s amazing to see what Mother Nature can do out there. But also realize it's deadly.”