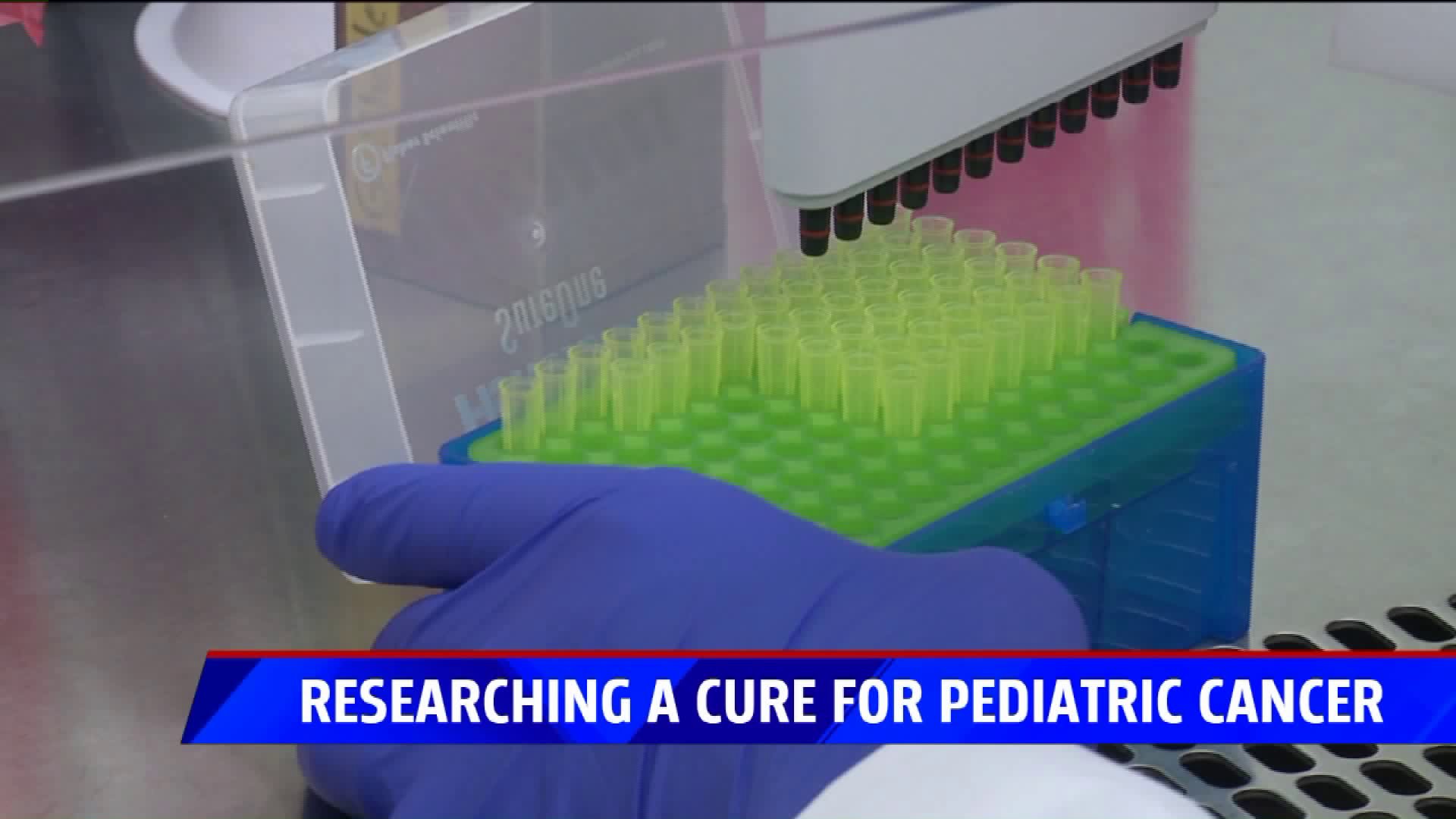 GRAND RAPIDS, Mich. - Every March people across West Michigan "brave the shave" by shaving their heads for the St. Baldrick's Foundation.

The foundation is the largest private funder of childhood cancer research. But have you ever wondered what type of research your donation is funding? FOX 17's Sarah Grimmer went to a private Helen Devos Children's Hospital lab where she found out just that.

This year in Grand Rapids more than $80,000 was raised for the foundation. Of those donations, $5,000  will go directly to the Helen Devos Children's Hospital lab.

"We noticed that St. Baldrick's had a summer fellow program and so I wrote a grant for a disease called DIPG which stands for Diffuse Intrinsic Pontine Glioma, it’s a cancer of the brain stem," said Joe Zagorski, scientist at Helen DeVos Children's Hospital.

Doctors say DIPG is about as bad as it can get and there is only a five year survival rate.

So, how do we beat this and save children's lives? Zagorski and his summer fellow are working on an idea.

Those two drugs are Panobinostat, a widely used chemo-therapeutic and DFMO a promising investigational drug.

"We want to understand how these two drugs are working together to kill these DIPG cells," said Zagorski.

They’ll be researching with these drugs until the end of August.

It’s work that will further Moore’s knowledge of pediatric cancer.

"In the future I’d love to hopefully work at the Helen DeVos Children’s Hospital," said Moore.

That work will hopefully end up in clinical trials so that kids suffering from DIPG today, children with less than a 1% survival rate, have new options.

"We again are hoping to get better outcomes for these kids. Less than 1% at five years is just not acceptable," said Zagorski.

DIPG affects children almost exclusively and is the leading cause of death from pediatric brain cancer.

If you’d like to help research work like Zagorski and Moore’s you can do so by donating to St. Baldricks at any time of year.