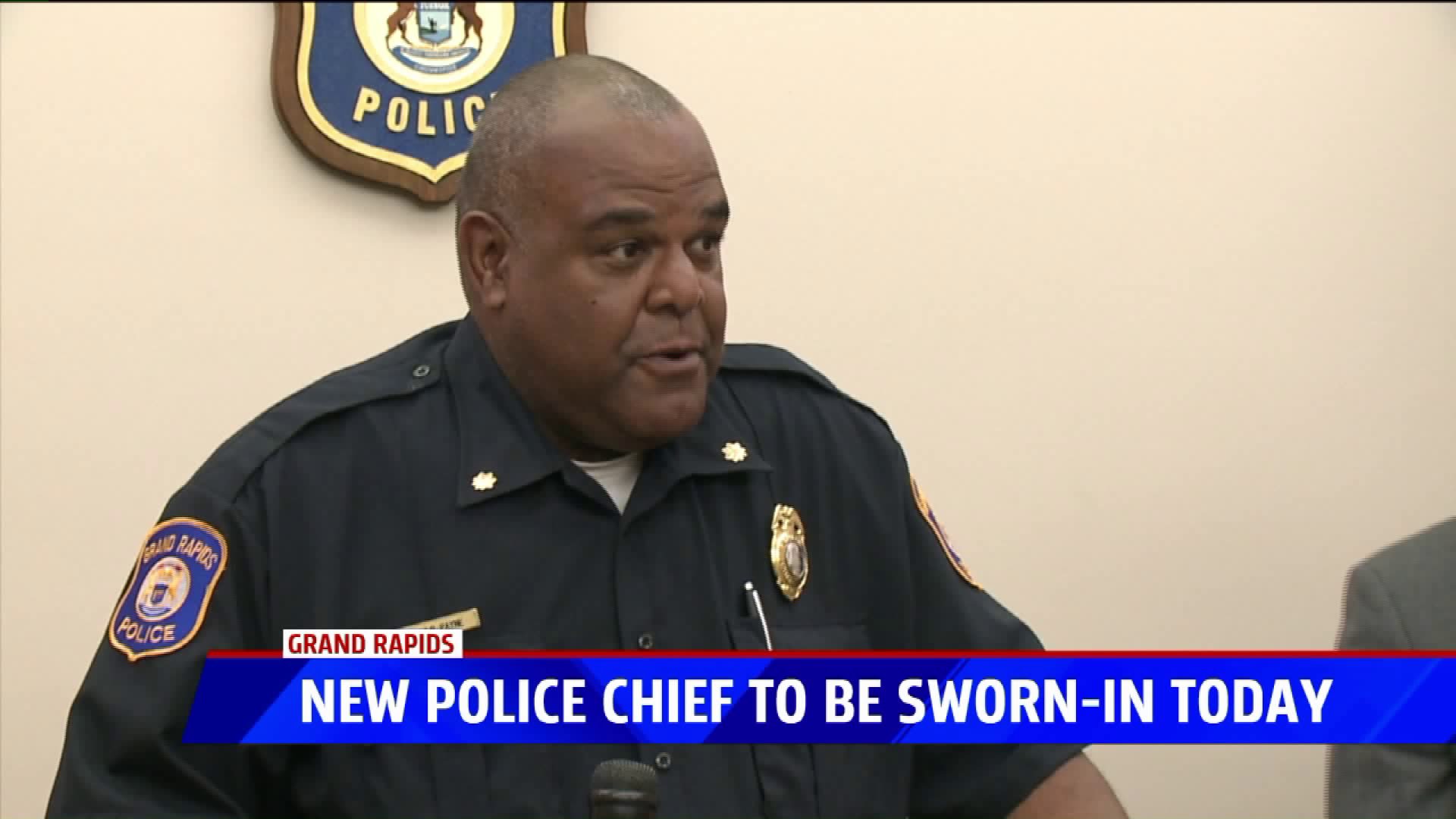 GRAND RAPIDS, Mich. — It's a historic day in Grand Rapids, where the police department is set to swear in its new police chief, Deputy Chief Eric Payne, who has been with the department for more than three decades.

He is also the city's first African American chief, who says the department will see some significant changes under his leadership.

"I think there's a lot of good that's going on with the Grand Rapids Police Department, I think I can make it even better," said Payne.

After a nationwide search by the City of Grand Rapids, Payne will be sworn in Monday, as the new chief of the Grand Rapids Police Department.

Payne steps into the top spot after 32 years on the force, saying he's ready to switch some things up.

"There will be changes, its not business as usual," he said, adding that his focus will be community policing, transparency and crime reduction.

He also says he will implement an official department policy for dealing with immigration-related scenarios and hopes to improve the department`s relationship with the community.

"I think everyone in the community wants the same thing, and that's a safe community and that's my number one priority," he said. "It's how we get there, is sometimes we come in conflict and we can break down those barriers and I welcome the challenge."