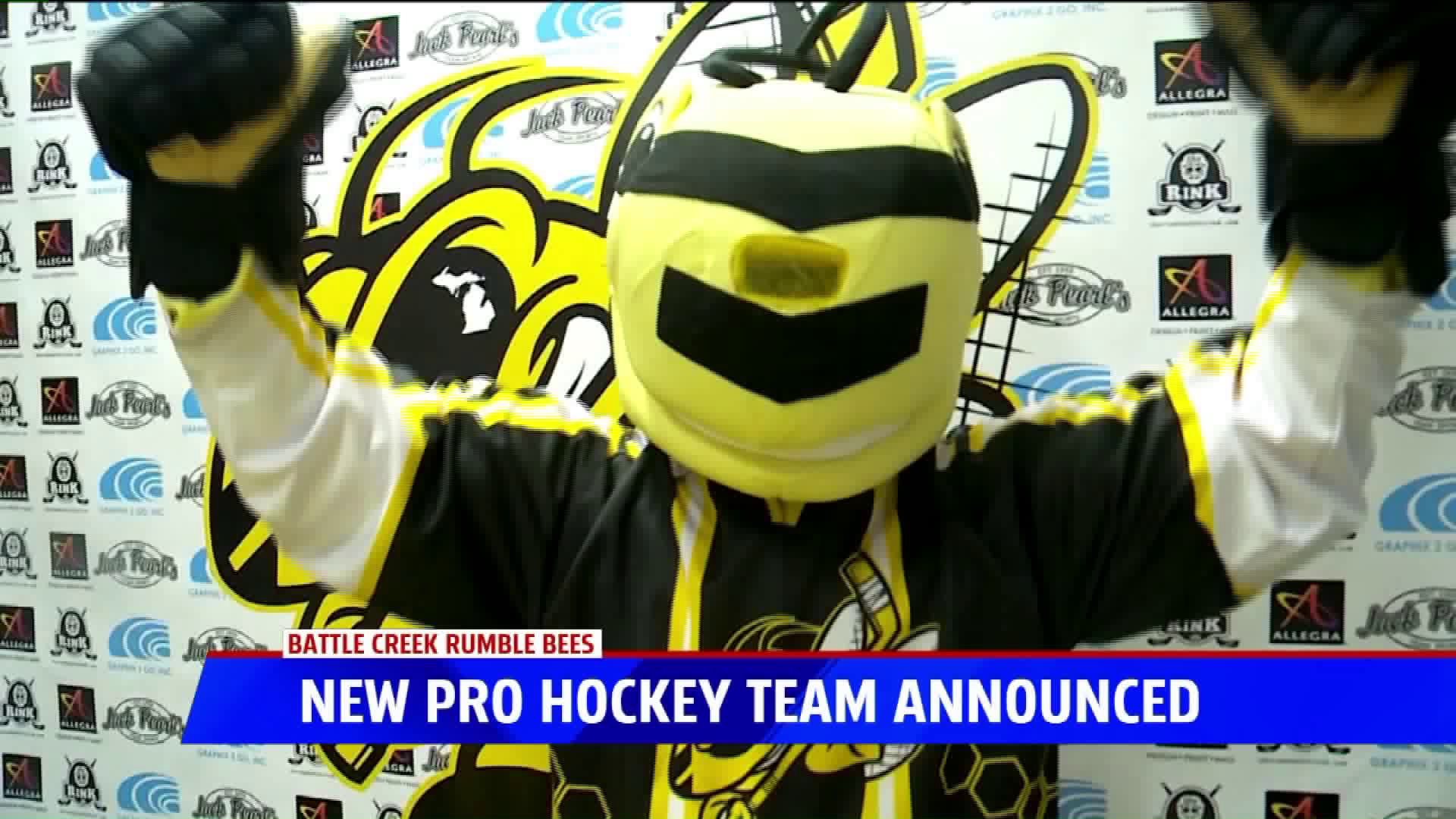 The new team was formally announced Tuesday afternoon, and will be a part of the Federal Prospect Hockey League which consists of 10 teams in eight states. A team in Port Huron is set to be Battle Creek's biggest rival.

While training camp doesn't start until October, there's already a buzz around Battle Creek in anticipation of the return of professional hockey after nearly a decade away.

General Manager Adam Stio said the league is about training its players and coaches to move closer to the NHL.

"It's prove in the past, 30-40 percent of every roster is getting a chance to move up to the next level," Stio said.

Training camp and the season begins in October. For tickets and information, click here.