Jon Wassink is healthy and ready for the 2019 season 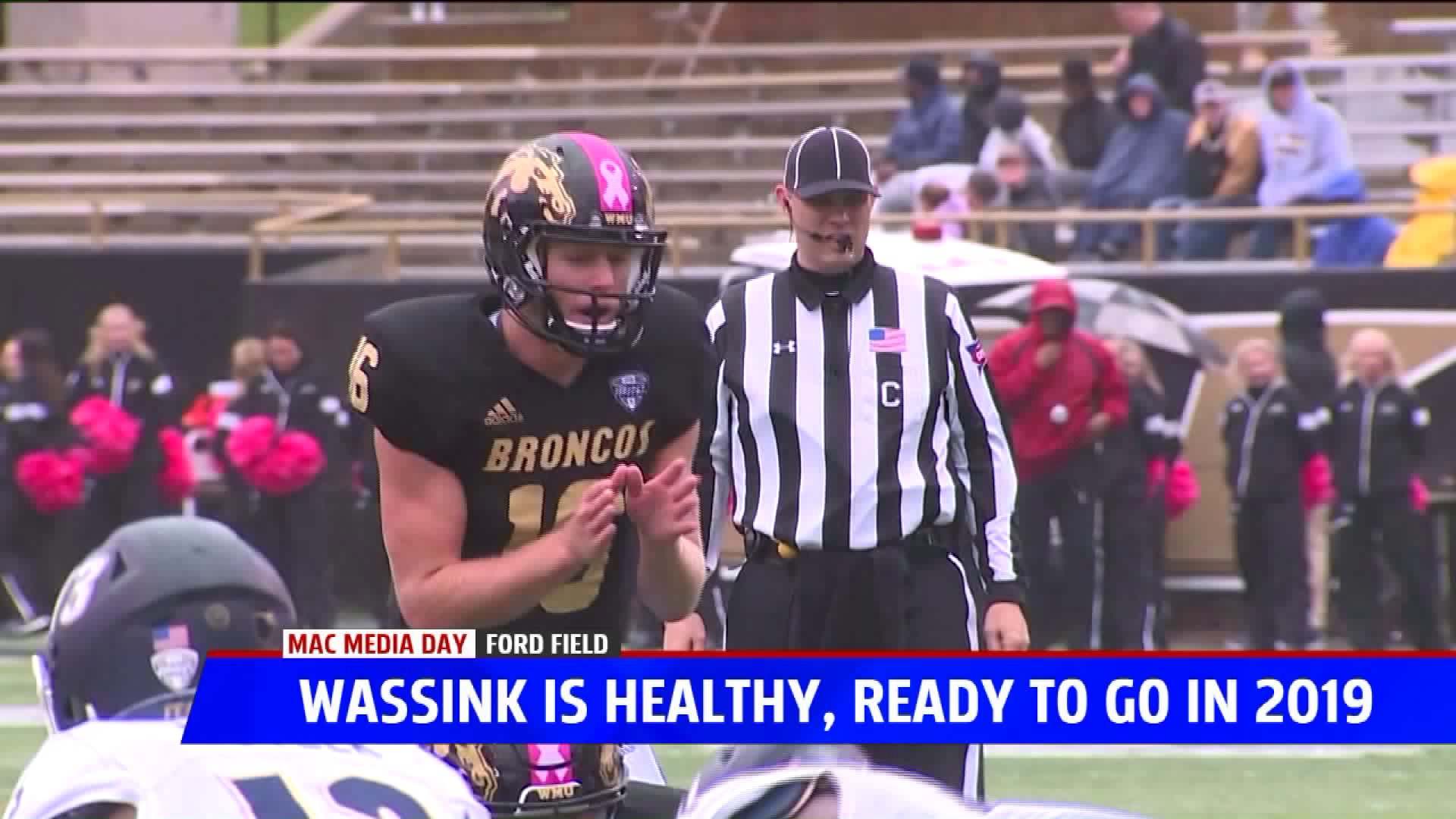 DETROIT, Mich -- The Western Michigan Broncos were 6-2 overall and 4-0 in the MAC before quarterback Jon Wassink went down with a season ending injury, now approaching his final college season, Wassink is back to 100 percent and ready to lead the way.

"It's been a long process" Wasink said.  "At the beginning of summer, around May time I felt good and felt like I could get into all the summer lifting and running process but I'm very thankful to be back and healthy."

There is simply no understating the difference Wassink makes on the field for Broncos head coach Tim Lester.

"When you have a coach out there, Jon is pretty much our 12th coach" Lester stated.  "I can call it aggressive and let him change plays and we've struggled a lot the past two years when he's out."

This fall the Broncos have 21 seniors, Wassink being one of them and someone the younger players will look up to.

"We have a veteran team" Lester, who has 17 starters returning, said.  "When things aren't going good I look at Jon or one of the vets and say get them right so we're very lucky for the leadership, we had to wait for it but it's very nice if you have it."

"I try to take all the experiences" Wassink added.  "I've learned and pass them on to everybody, that's juniors, sophomores and everyone coming in, using everything football wise but in life and school."

Wassink was held out of spring ball for precautionary reasons, but Lester said he`s confident that he`s ready, mainly because he recently dunked a basketball at his house.