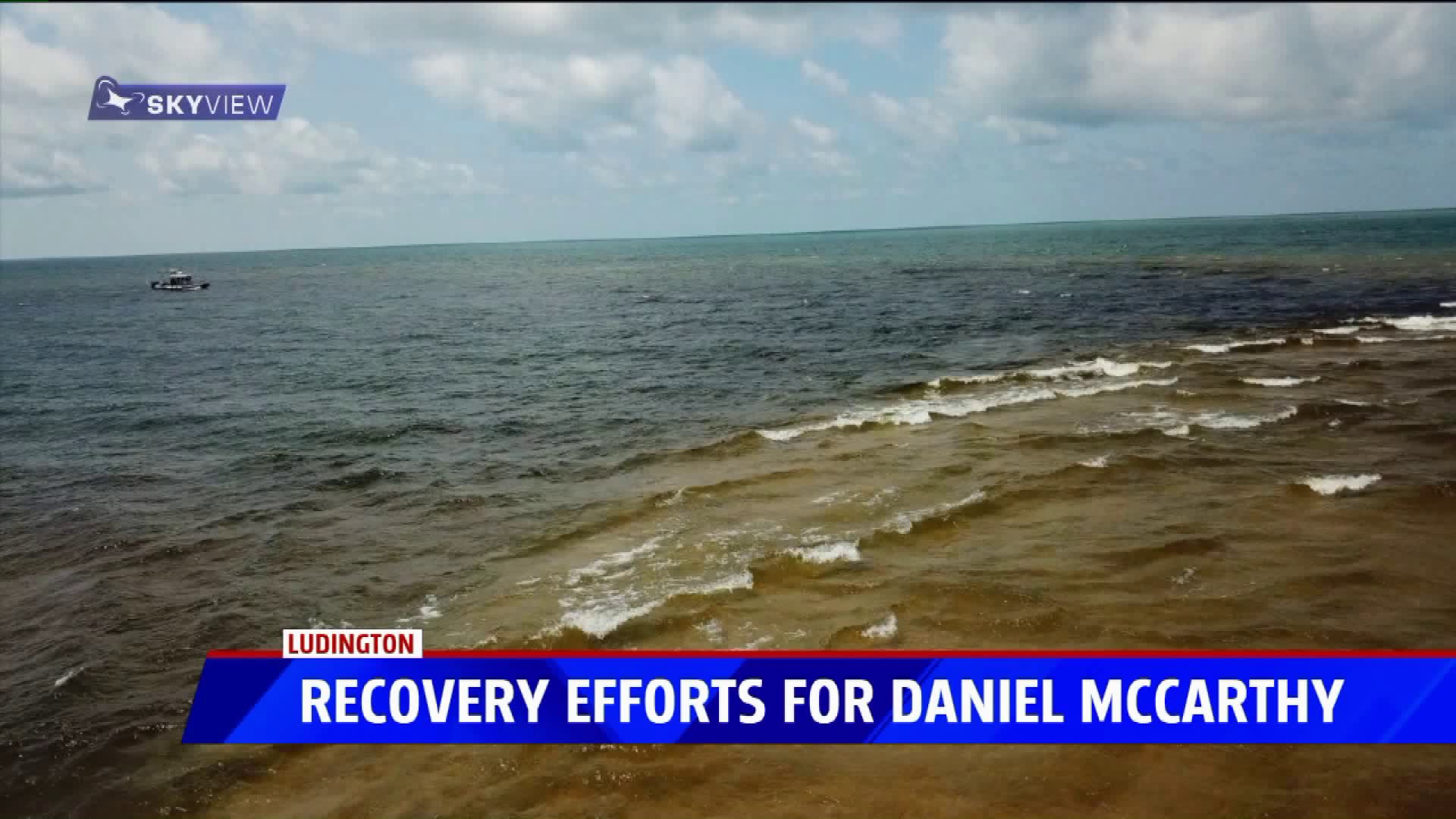 LUDINGTON, Mich. — It has been more than 24 hours since 18-year-old Daniel McCarthy went missing in Lake Michigan in Ludington State Park.

McCarthy was one of eight people who were pulled into the lake Monday afternoon, and the only one to not make it out of the water.

Rescue crews have been searching for him since then, but the only sign of him to this point has been his pants, wallet, phone and one of his shoes.

“There is currently some challenging currents but also the heavy rain we had Saturday along with the high water levels we have had throughout the spring and summer have created some challenges and the Ludington State Park, the river there is really flowing rapid and is pumping out into Lake Michigan so that also adds to the difficulties out there,” Cole said.

Tuesday evening, authorities said search efforts will be scaled back for the evening after talking with the National Weather Service and determining the conditions on the lake are limiting effective search methods.

McCarthy’s family said he was hesitant to go to the water on Monday.

“I was told Daniel didn’t want to come to the lake yesterday, that he was sick and he kind of pressured him to come,” said Mary Bailey, McCarthy’s aunt.

She said she wants police to investigate the circumstances surrounding McCarthy’s disappearance because he was a strong swimmer and wouldn’t panic after being pulled into the water.