McElwain unfazed by being picked to finish last in MAC West 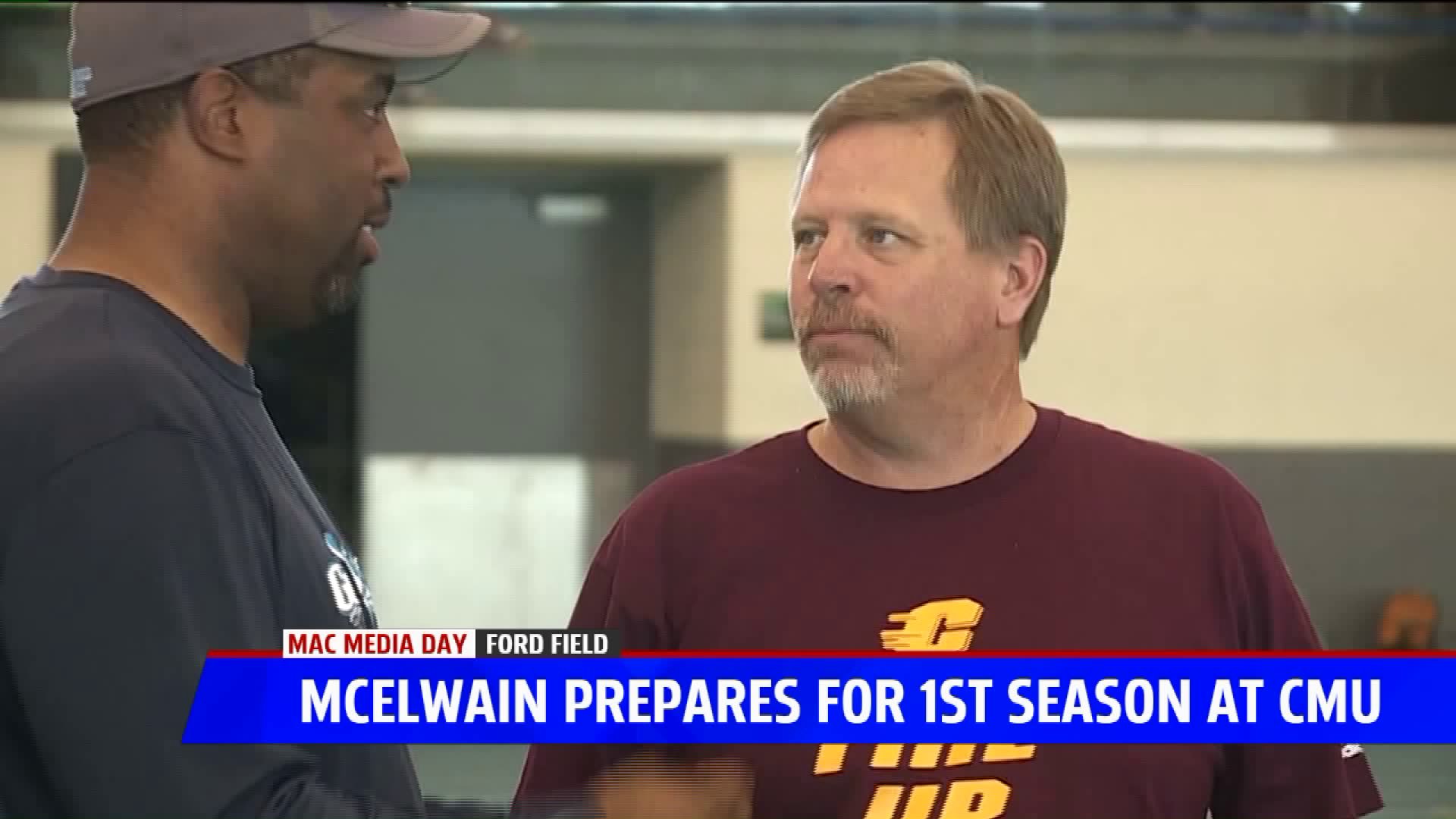 DETROIT — Mid-American Conference football teams gathered at Ford Field in Detroit on Tuesday and the preseason conference rankings were released, Central Michigan was last in the West division.

The Chippewas were 1-11 last season, their worst season since joining Division I in 1975.

McElwain, who has had head coaching stops at Florida and Colorado State and was an assistant at Alabama and Michigan, was brought in to change the fortunes in Mount Pleasant.

"I love the community," McElwian said about his new home. "My wife and I have loved being a part of it and the players are coming off a disappointing year for them and yet the heck with it, that's history, let's move forward and learn from it.

"They're a fun group to be around, I enjoy how appreciative they are for some of the little things we do for them, that means a lot."

There is a lot of West Michigan flavor on the Chippewas, Greenville's Steve Eipper returns at center, Muskegon grads Kalil Pimpleton (transfer from Virginia Tech) and Jacorey Sullivan both figure to get lots of time at wide receiver and Forest Hills Northern's Erik Ditzhazy is expected to compete for a starting guard spot.

"I hope (opponents) worry about playing us," McElwain added. "Our teams have always played physical for whatever reason and have played with a bit of an edge and we'll see what happens and what we morph into."

The Chippewas open the season on Thursday Aug. 29 at home against Albany.