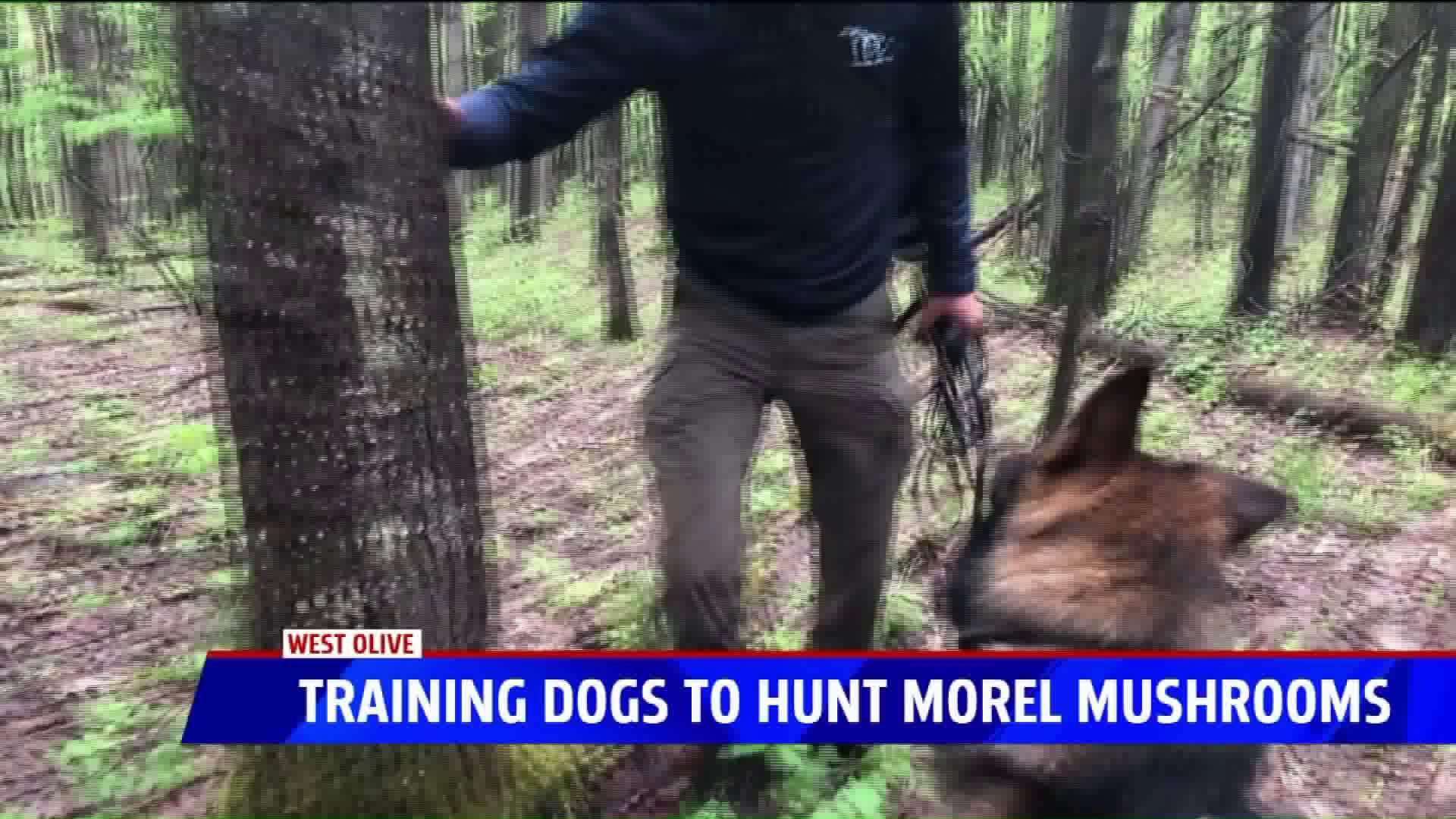 PORT SHELDON TOWNSHIP, Mich. — West Michigan K9, a company that trains dogs for all sorts of roles, has developed a method to teach them to sniff out morel mushrooms.

Stephen Parent started West Michigan K9 in 2013 after working with dogs during his time in the military. A good chunk of their work is training dogs for police and military, though Parent says people come to them with all sorts of requests.

"Everything from training a dog to pull their kids in a sled to getting a beer out of the fridge to keeping the kids from drowning in the pool," Parent says.

But two years ago, a friend from the Muskegon Mushroom Hunters brought Parent an interesting question: can you train a dog to sniff out morel mushrooms?

Parent and his team of trainers were immediately intrigued.

Parent tells FOX 17, "I grabbed my personal dog, Zeus, out of the house and we had had some mushrooms in the house in the freezer. And we pulled 'em out, we imprinted him on it and it seemed to work."

After training Zeus, they eventually took him out into the woods to test out his new skill. Parent says that within 10 minutes of letting him loose, he began finding one morel after another.

Now, West Michigan K9 is offering training sessions to anyone interested. Parent says your dog needs to have a natural desire to go out and search. Sessions begin in September.