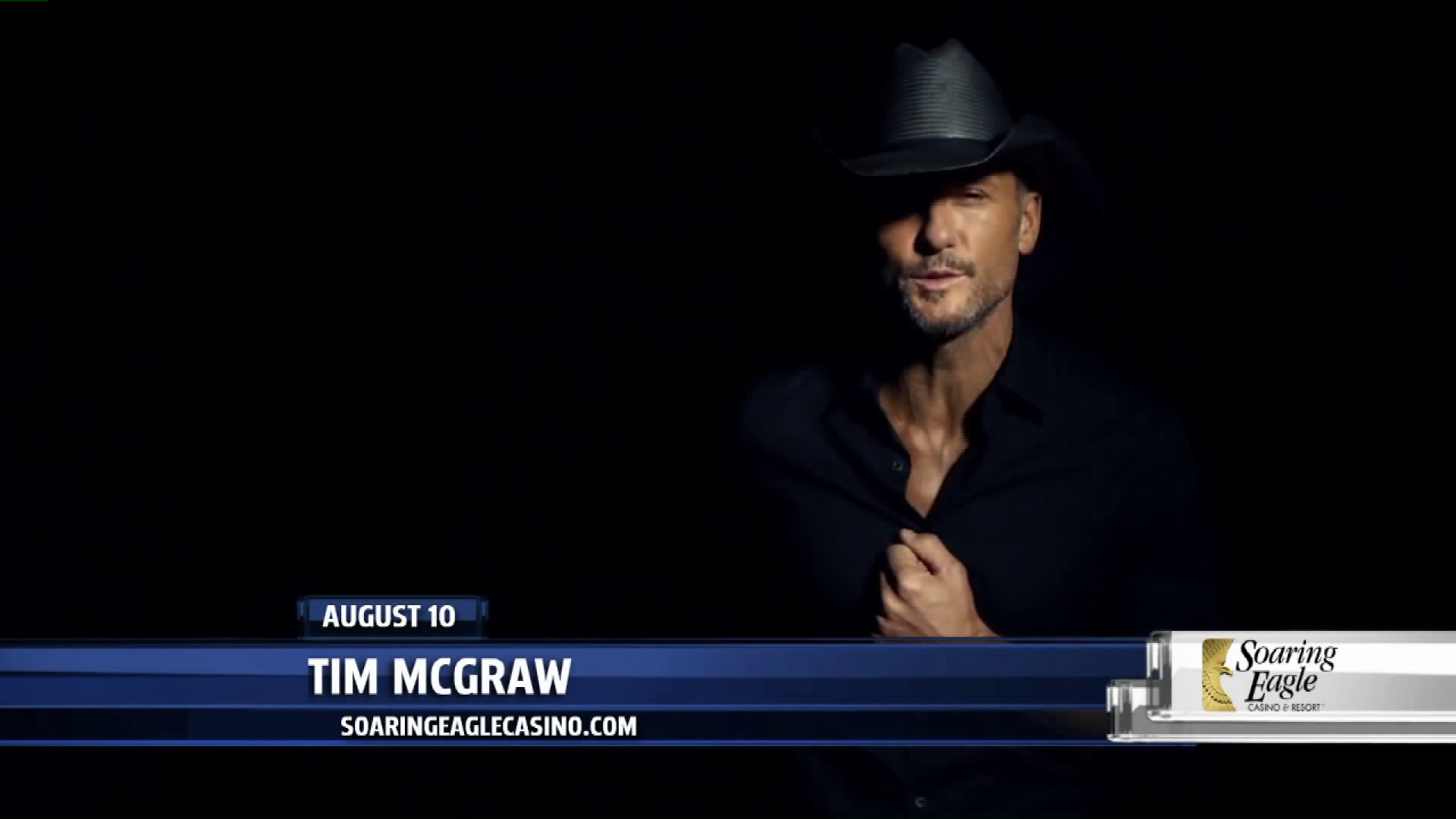 Christmas has come early at Soaring Eagle Waterpark and Hotel. Surprise the kids for the holidays during the Christmas in July Sale. Grab your chance now to book for the first three weeks in December for an overnight stay starting at $99 a night for a standard room and waterpark passes. Plus for an additional $25 parents can get a Surprise Box for their child which includes a mascot doll, coloring book and crayons, and a waterpark drink cup. Book now through July 31 by calling 1-877-2EAGLE2.

There's still time to get tickets for Tim McGraw on August 10. He's one of the biggest touring artists in the history of country music. His career includes 43 number one radio singles, 16 number one albums, and countless industry awards and accolades.

Grab your basketball shorts and get ready to play some basketball at Rez Ball 2019 at Soaring Eagle Waterpark and Hotel. On August 14, they'll be hosting a 3-on-3 basketball tournament. There'll be team categories of all ages from 5th Grade all the way up to adults. It's $15 a player and there can be four players per team. Registration starts at 2 p.m. and matches start at 4 p.m. To register call (989)-775-4093.