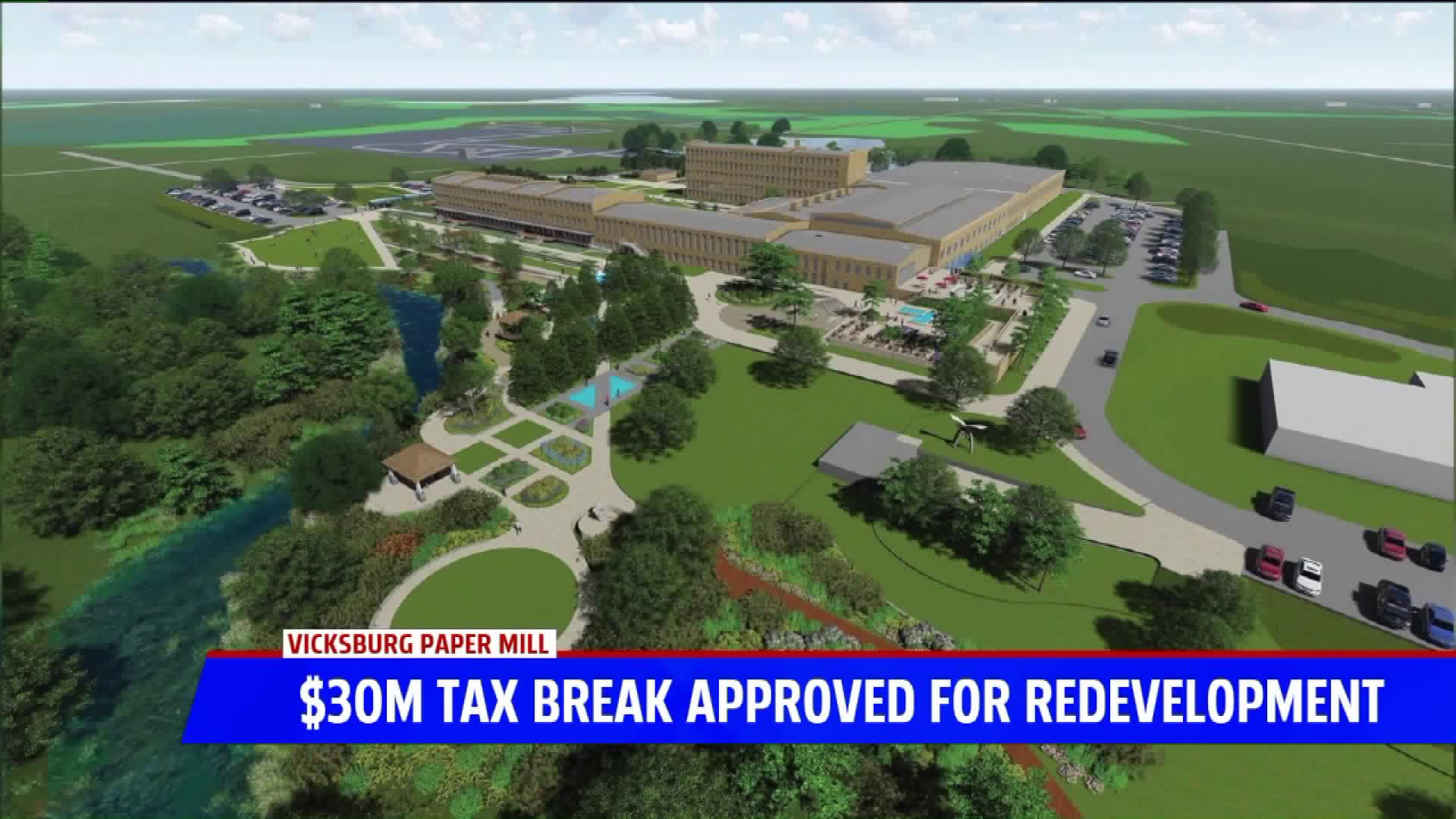 The Michigan Strategic Fund and the Michigan Economic Development Corporation made the announcement Tuesday that the mill, which was in operation for nearly 100 years, is getting support through the state's Transformational Brownfield Plan program.

The new development, called The Mill at Vicksburg, will include hotel and residential space, incubator space for microbreweries, a beer garden, public green space and more. It is expected to generate $80 million in private investment and 221 jobs.  The project includes redeveloping the mill, a former gravel pit, and other surrounding undeveloped property.

"The redevelopment of the Vicksburg paper mill into a dynamic, exciting multi-use development will bring the village of Vicksburg and the surrounding area to life, and represents exactly the type of development the Transformational Brownfield Plan program was intended for – supporting big-impact community revitalization projects around the state," said Jeff Mason, CEO, Michigan Economic Development Corporation, in a press release.

Chris Moore, the owner of Paper City Development, is developing the property. He is a native of Vicksburg and worked at the mill during the summers while he was in college. His father and grandfather also worked at the mill. He later started his own company in Seattle and opened a brewery in Pike Place Market.  He's been active is saving the Vicksburg mill since 2014.  The mill closed in 2001.

The Transformational Brownfield Plan give incentive packages to projects for redeveloping brownfield sites.  The Michigan Strategic Fund approved approximately $30 million in tax reimbursements and exemptions for the project.

Preliminary work at the site is expected to begin immediately. The project has an estimated completion date of 2021.