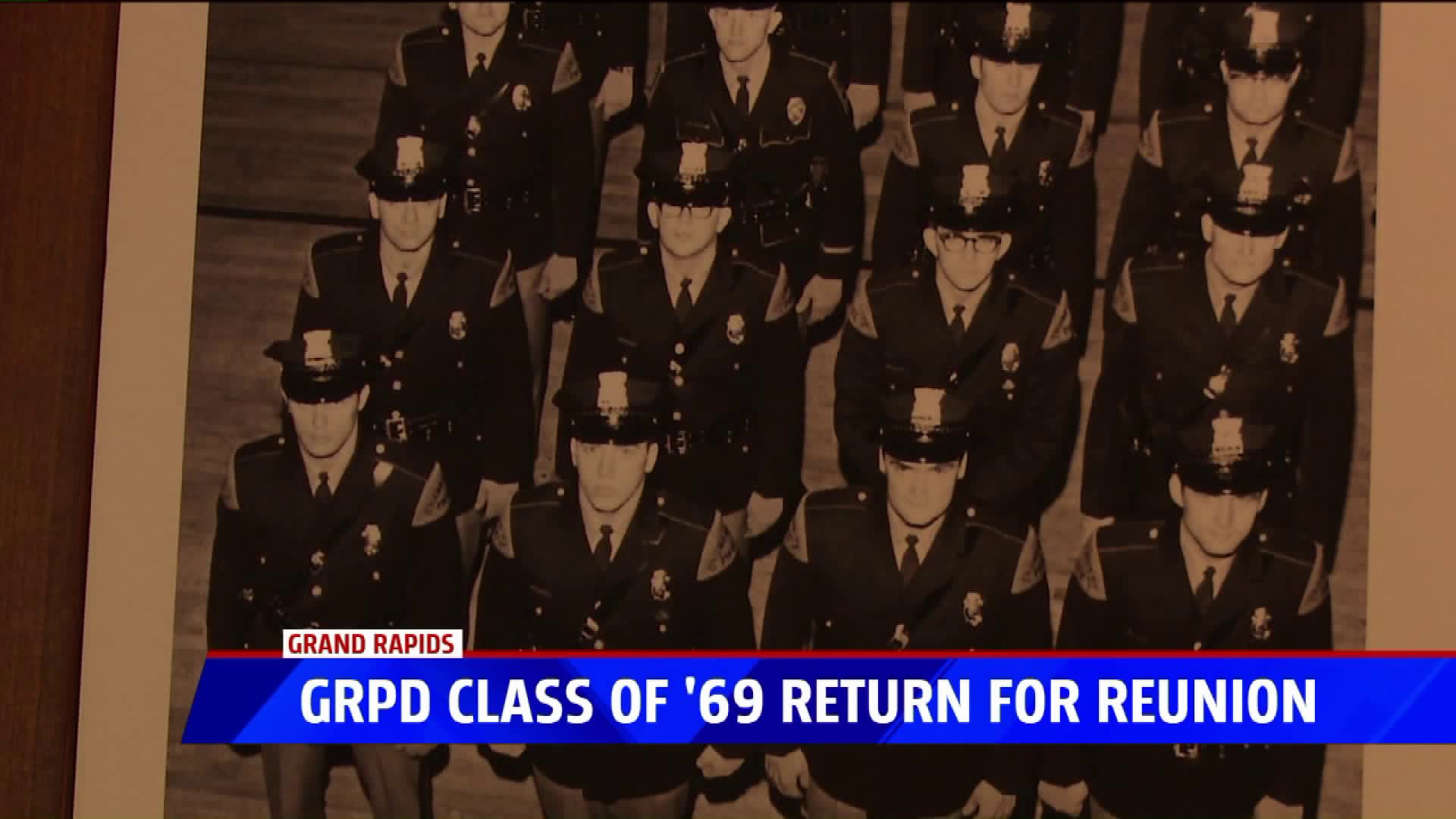 The group gathered at Rio Grand Steakhouse in Grand Rapids to share photos, mementos and stories from their time on the force.

Dale Winters was Public Information Officer in the 90's and served as a paramedic as well.

The group graduated with a class of about 30 officers and 11 of them came out to the reunion.

Winters said a lot has changed in policing, especially now that everyone, including officers, has cameras rolling at all times.

He told FOX 17 they also didn’t have as much to worry about as today’s officers when it comes to gear.

“When we hit the street, we had a night stick, a revolver, mace and handcuffs and no radio. Now, their belts must weigh 40 pounds because of everything,” he said “They don`t even write tickets anymore like we did, they do it on the computer.”

Winters also said he is very proud of GRPD’s new Chief, Eric Payne, who was a rookie when Winters was in uniform.