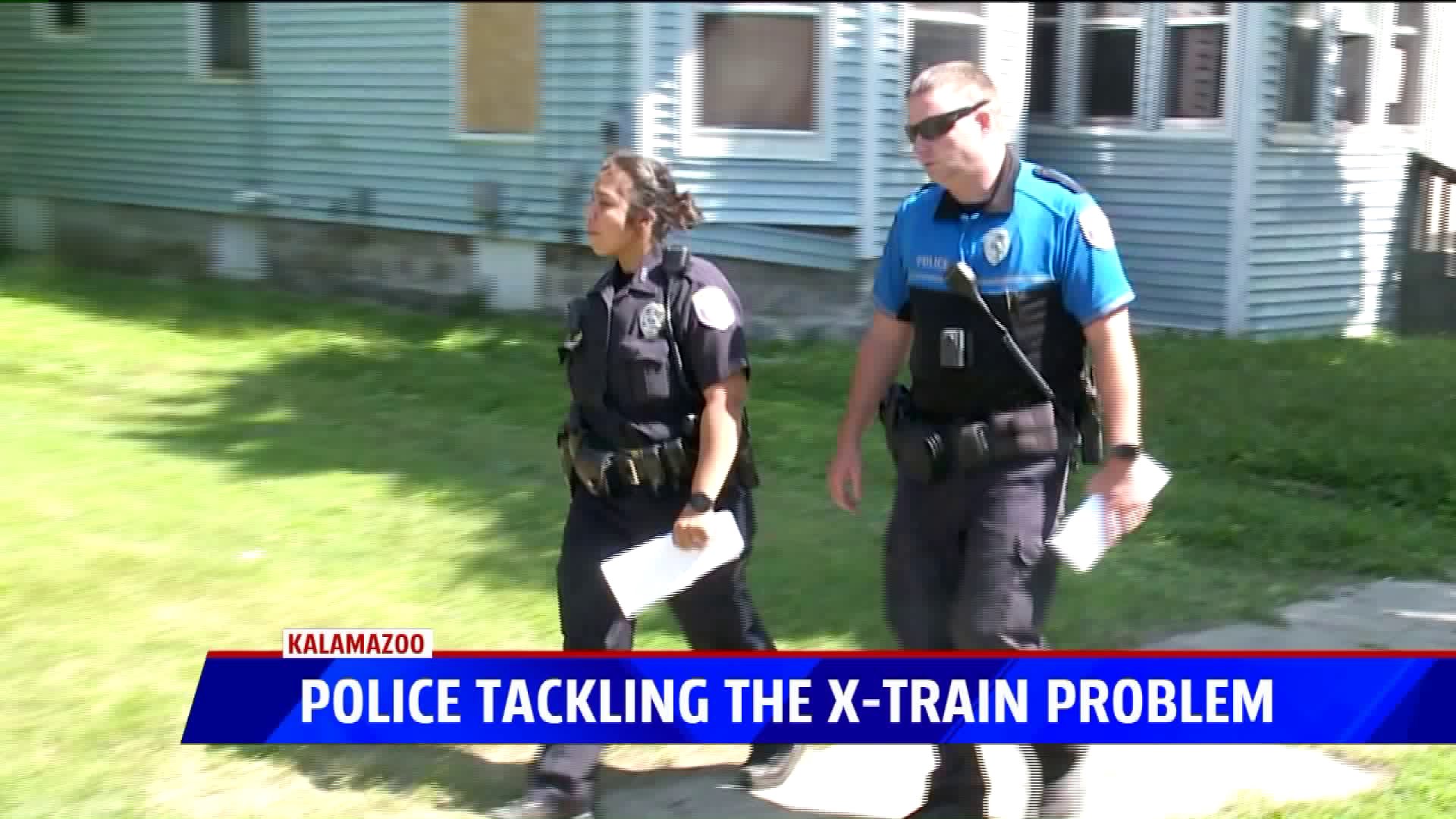 KALAMAZOO, Mich. — Kalamazoo Public Safety took measures Wednesday to tackle the on-going X-Train problem. They walked up and down the Northside neighborhood — where the X-Train’s loud mobile parties happen the most — and spoke with residents about the new “Nuisance Party” ordinance and how they can help curb it.

“The ordinance is basically now defined as a mobile party as a nuisance if it disturbs the peace and quiet of the neighborhood: parking, trash, loud noise, all those things,” Asst. Chief David Boysen said during an interview at KDPS headquarters.

The X-Train is typically defined as a large group of cars that drives down a residential street in the middle of the night, while playing music loudly and in some cases, damaging people's properties,  Boysen said. Those cars will then stop, block off a street and began a gathering that can include up to 1,000 people. Sometimes, alcohol and drugs are involved.

“We’ve had incidents where folks might need medical attention and we can’t get an ambulance or a fire rescue rig down the streets,” Boysen said. “So it’s really a community safety problem.” If you live in this neighborhood and it’s 4 o’clock in the morning and you can’t sleep, it’s tough on the residents.”

So KDPS is enforcing the new ordinance, Boysen said. Anyone caught may be spend up to 90 days in jail, fined $500 and have their car impounded.

“We really want residents to call us if they’re seeing large crowds in front of their house,” Boysen said. “We want to get that call to come help them clear it out before it gets too big.”