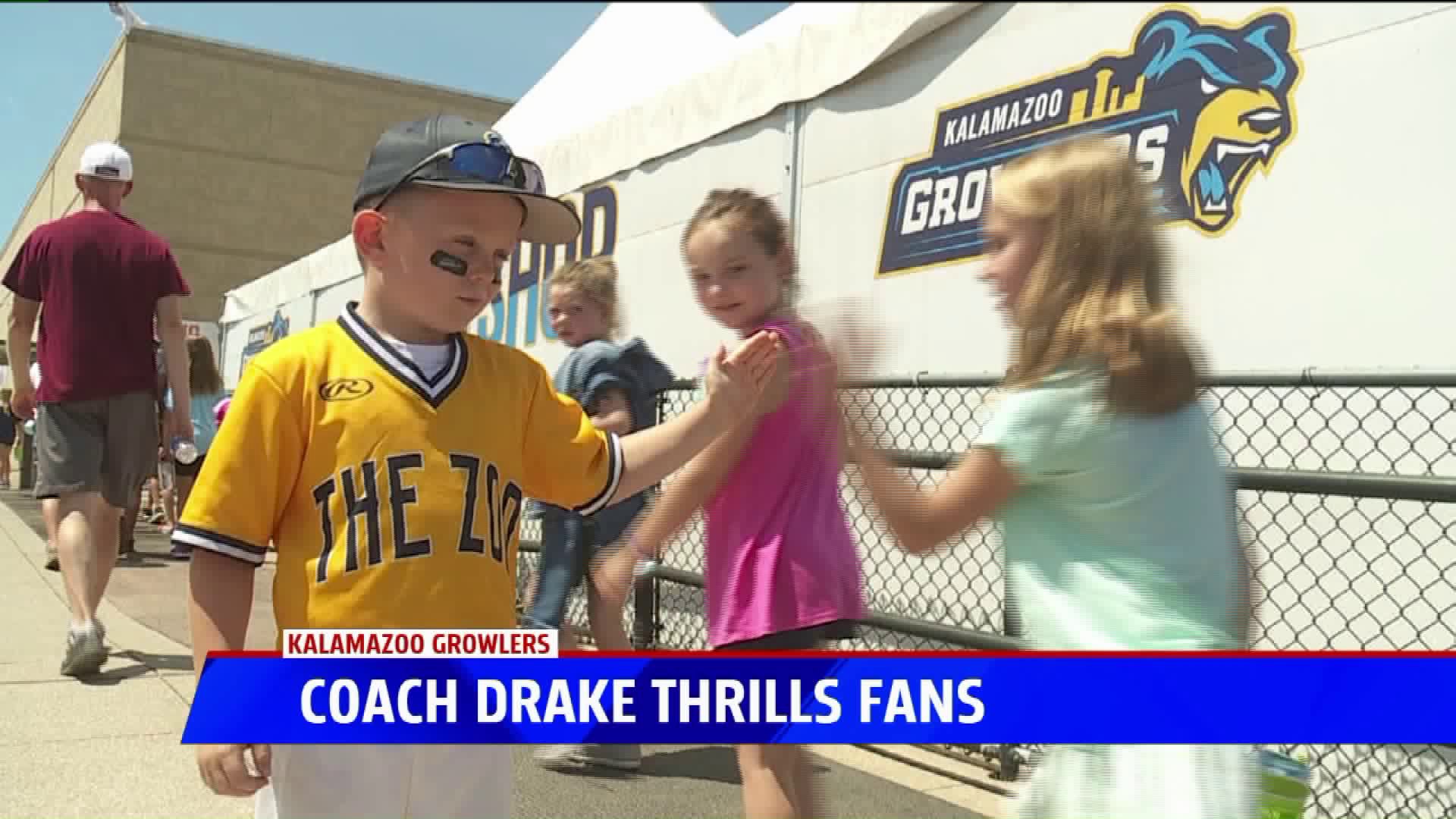 KALAMAZOO, Mich -- It seems like Coach Drake is everywhere.

The 6-year old made some noise with a hilarious mound visit weeks ago before losing it during a heated ejection in which he threw bats and dumped balls onto the field. For Drake, who is now working on his third video coming soon, it's a lot of fun.

"What's the most fun part of it for you and what's your favorite video we've done?" Asked his dad and Growlers front office member, Cody Livingston.

"The umpire one where I threw the bases," Coach Drake said.

The Growlers knew there was potential with something like this but didn't know exactly how to utilize it.

"We're really trying to have fun with it," Livingston said, "we didn't exactly have a plan for it going into the season but we knew we needed someone like Drake around and it's paid off nicely for us."

Paid off for not only the team but the city as well with all of the shares it has gotten on social media and on national networks.

"I think it's great, I think it brings positive attention not only to our team but the entire city of Kalamazoo," Growlers field manager Cody Piechocki said. "That's a win-win, it doesn't take much time out of the game, he goes out and the guys have enjoyed it, the fans have enjoyed it, that's a positive."

Piechocki admits it's gotten a lot more attention than what he expected.

"To be honest it's gotten much bigger than I ever thought it would, that's just a win for everyone around here."