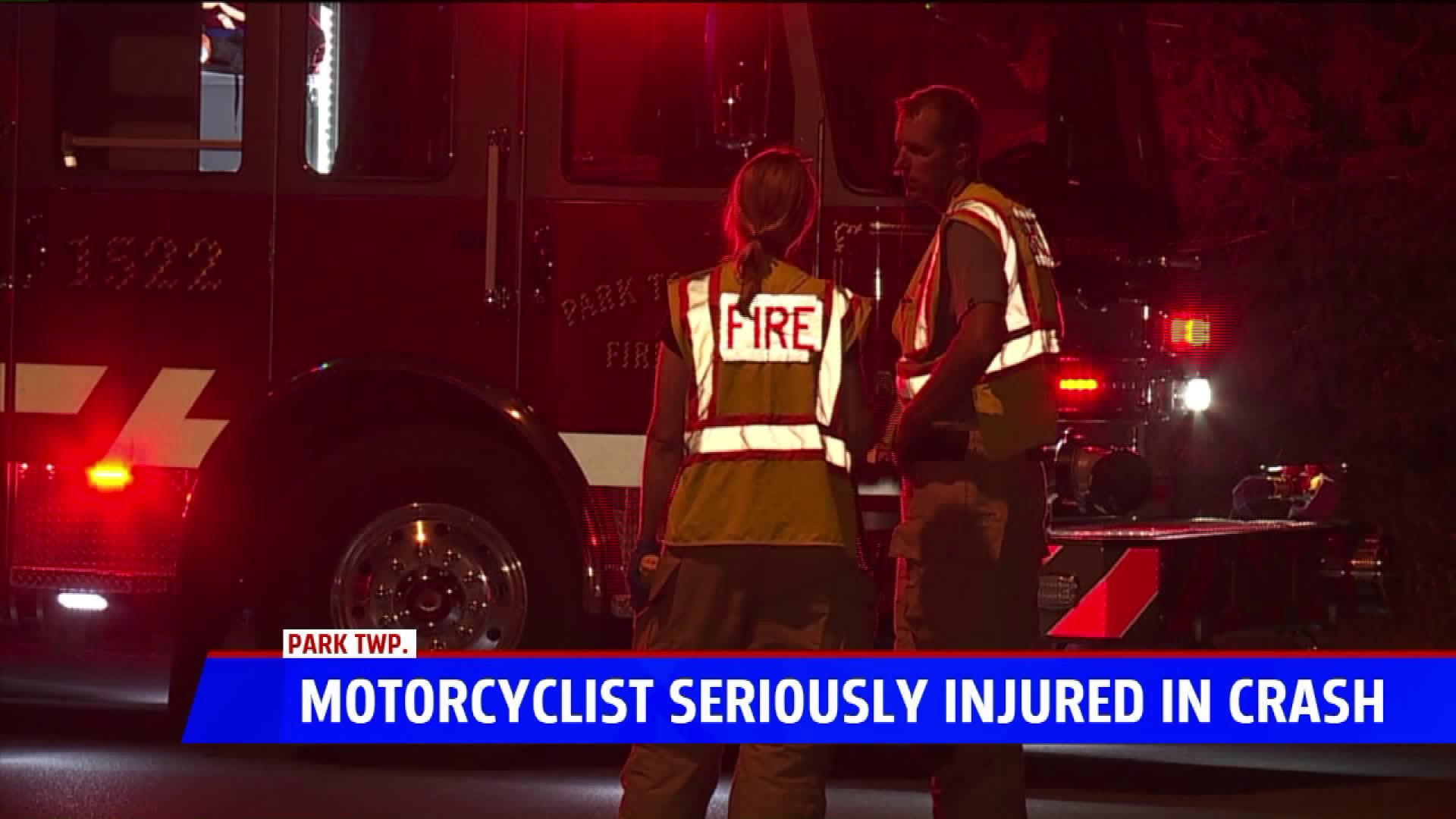 PARK TOWNSHIP, Mich. — A motorcyclist was taken to the hospital with serious injuries Wednesday night after a crash in Ottawa County.

It happened around 8:53 p.m. on Lakeshore Drive near Quincy Street in Park Township, near Holland.

Authorities said the motorcyclist was going north on Lakeshore Drive at a high speed before going off the right side of the road, hitting a large rock and re-entering the roadway, where the motorcycle and its driver came to rest.

The motorcycle may have made contact with a black SUV before going off the road, but that is unknown at this time.

Investigators said the SUV was going north before making a U-turn near the crash sight and leaving the area on southbound Lakeshore Drive. Authorities aren’t sure if the driver was aware the crash happened.

The motorcyclist was taken to an area hospital with life-threatening injuries. Lakeshore Drive is closed while emergency responders investigate the scene.