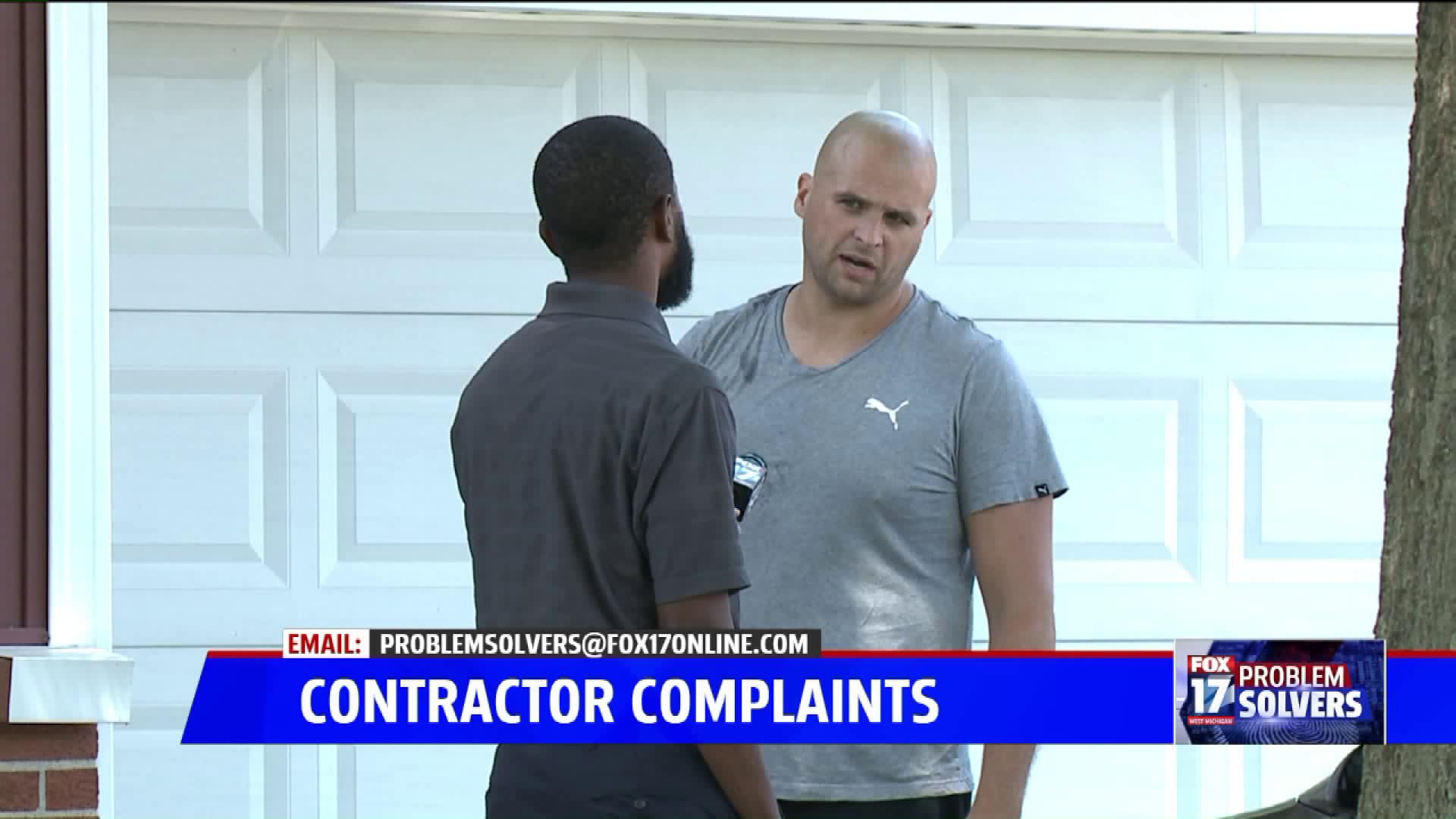 WYOMING, Mich. — Tami Vanderwal said she refinanced her home to come up with the money for a new roof on her home and garage. However, those projects were never started.

She said the contractor has actually promised to pay her back. But so far, Vanderwal said it's all hot air.

"He — texted me everyday for a long time saying he'd be here tomorrow. 'I'll be here tomorrow', and he just wouldn't come and then it was always excuses," she explained.

Vanderwal said she originally just wanted a new roof on her home and on her garage, but she said contractor Reinis Prudans kept convincing her to add projects like new siding on her garage and new front windows.

But after paying more than $4,700, all the single mom's got to show for it is a poor-quality awning.

Vanderwal said, "I realized right away after he did (the awning) I couldn't open my screen door because this was too low."

Prudans owns PR Construction based in Jenison. Vanderal said a friend recommended him. So she hired him in late April.

"He said he would have everything done within like two weeks," she recalled.

Other than the awning Vanderwal said Prudans ripped off the old vinyl siding from the garage but did not replace it. He did nothing else. However, text messages show his promises to repay.

"He told me he would text me when he was back in town to bring me my money," Vanderwal said.

She called the Problem Solvers, and we knocked at the address listed on his business card. Reinis Prudans came outside and said he's been in contact with Vanderwal and that he's had health issues.

When asked when he'd pay Vanderwal back, Prudans replied, "I will be in contact with her this week, and we gonna get this resolved in the next week."

When asked specifically if he's going to pay her the more than $4,700 next week, he said, "Yes, I'm going to be in contact with her, and we gonna get this resolved in a week."

At the very least, she wants the materials.

"He keeps telling me over and over that he ordered it for me. I said, 'If you ordered it then what's the problem? Why don't you just bring it here, and we can be done.'"

Vanderwal said she then got a call from Prudans promising to pay her $1,000 Wednesday night and to be put on a payment plan. We'll let you know how this turns out.