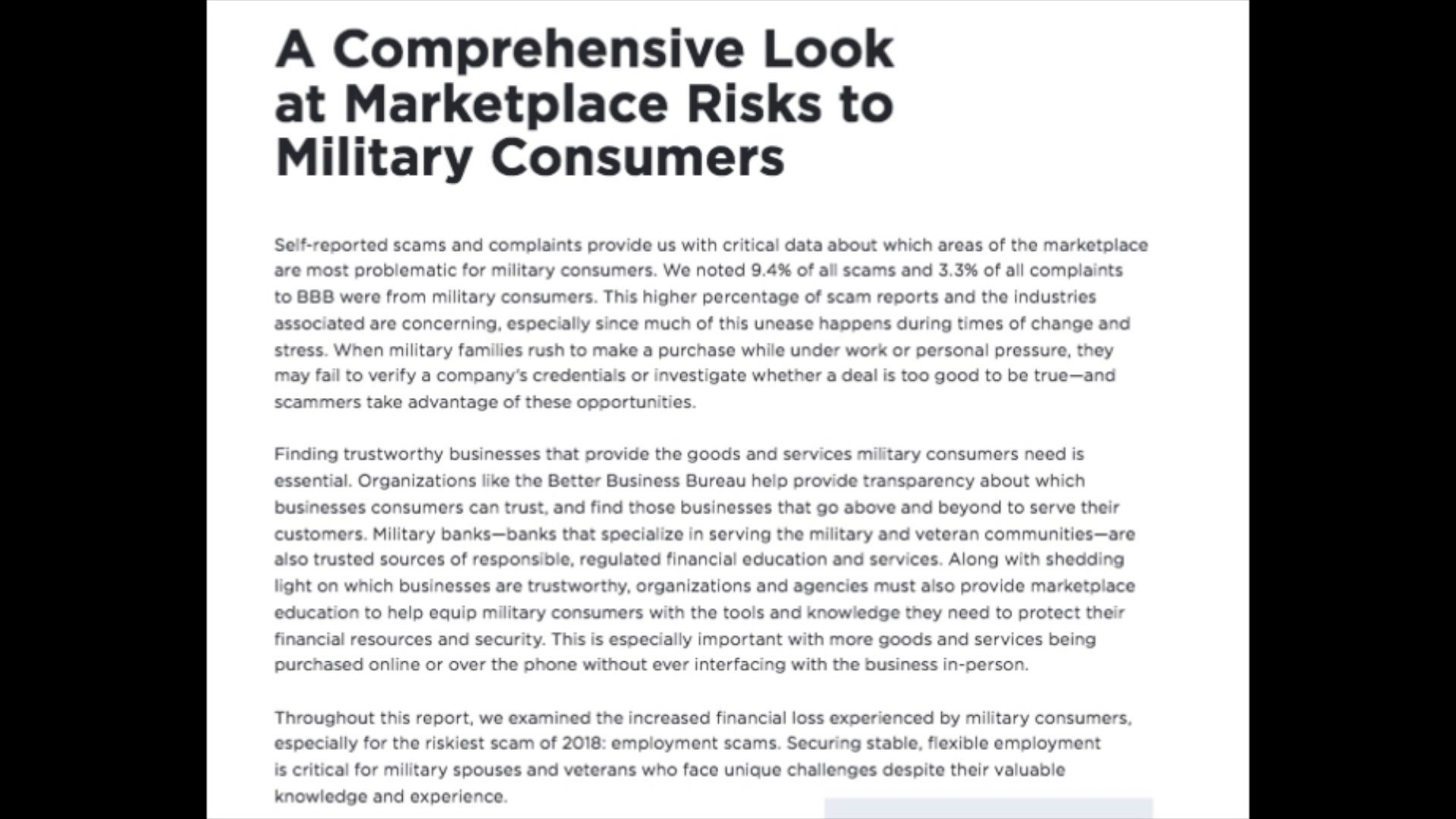 WEST MICHIGAN -- The Better Business Bureau is warning veterans and active members of the military about potential scammers targeting them.

"Scammers aren't stupid. They really do target their audience, and they use something to get their hook in," Troy Baker with the BBB of Western Michigan said.

Baker said the BBB partnered with the Association of Military Banks of America to study how scams impact service members compared to the rest of the population.

"What we found is that members of the military and veterans are likely to lose more money than the general public at-large, and they're more susceptible to scams," he said.

Baker said that's because military members have certain needs from employment to housing and loans. Scammers have a number of options of what to exploit and government grants is one of those offerings.

"They're really reeling you in in the first 10 to 20 seconds," Geoffrey Saint, a Marine Corps veteran said.

Saint said he received a call about a government grant but said the red flags were obvious off the bat.

"It was from someone identifying themselves as being with veteran services, and I'd been prequalified and selected to receive a sum of money, $6,700," he recalled.

The catch? Saint had to send a couple hundred dollars in order to receive the lump sum. Instead, he informed the BBB.

"You can put the report out 17 times a day, and people are still going to fall for it because they get that emotionally hook in there. They get that financial hook. They speak quickly. They're vague and ambiguous in their details and some people are desperate for the assistance, and they consider it to be a godsend if you will," Saint said.

Anyone who finds themselves targeted can report the issue via the BBB's scam tracker. You can also contact the BBB if you have doubts about a call and want to verify it.