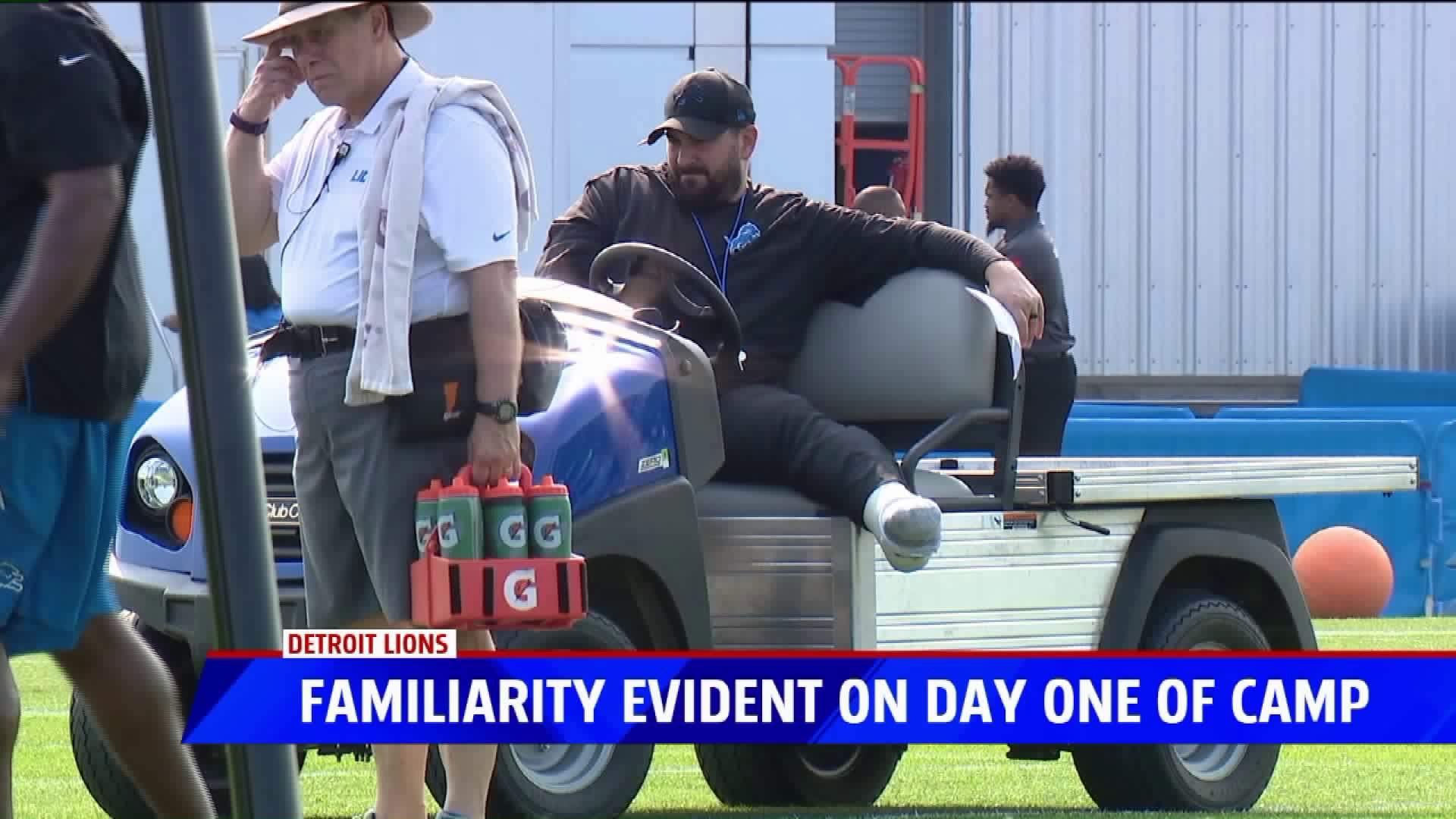 Year two is easier for Lions under Matt Patricia

ALLEN PARK, Mich -- Teams often show how improvement from year 1 to year 2 of a coaching regime.

The Lions are hoping that is the case this season as they start year 2 under the direction of head coach Matt Patricia.

One area of improvement on the first day of training camp Thursday was the players being aware of what is expected having been through it last year.

"To have that familiarity with practice and what to expect" Patricia said.  "To watch those guys what they have done the last couple of days just run practice on their own really just feel like I can watch them move from drill to drill they know where to go, they know where everything is, they know what to expect, they know how to get lined up and that is really the majority of it.  This is our second training camp plus the spring in to doing the same thing that is where we hope to see the improvement part."

Patricia had surgery to repair a ligament in his lower leg, so he spent the first day of camp riding around in a cart.

As is always the case, some players are new, but wide receiver Danny Amendola, who played for Patricia before (New England 2013-2017), says everybody on the team has a lot to approve.

The Lions first preseason is scheduled for August 8th at home against the Patriots.