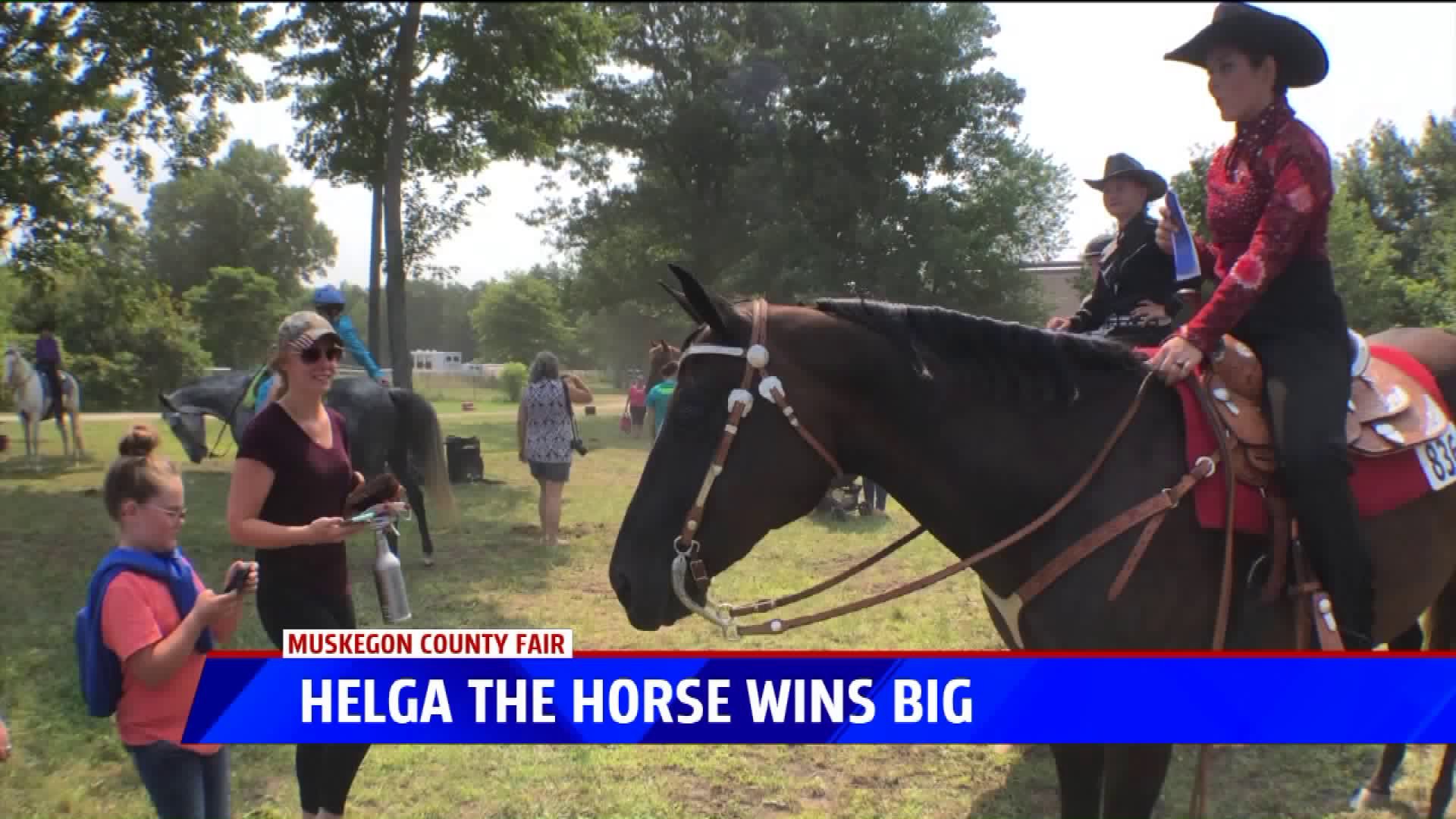 FRUITPORT, Mich. — A horse that nearly died from malnourishment almost a year ago has transformed into a champion.

Helga was one of eight horses that were seized from a neglectful trainer last August. When they were recovered, veterinarians didn’t expect any of them to survive because they were so malnourished.

Fortunately for the horses, Nancy Smith and a group of 4-H students stepped in and took care of them.

On Thursday, Helga showed everyone how far she’s come by taking first place in the western walk-trot at the Muskegon County Fair.

Helga’s rider, Ashleigh Ralston, said the first-place recognition is a sign of how far she has come.

“She’s like a whole different horse from when we took her in,” Ralston said. “… It shows her whole process of going through the rescue.”

Ralston was a part of the 4-H group that helped nurse all the horses back to health, going as far as standing in the rain for hours to ensure one of the neglected animal’s ate.

“She was very thin. Like, we thought she was going to die when we took her in. We had no idea if she would make it,” she said.

On Thursday, her recovery was capped off with a ribbon.

“It gives other people an idea of what can happen once they’re past the point of almost being starved to death,” Ralston said.

Each of the other horses that were seized have made a recovery.