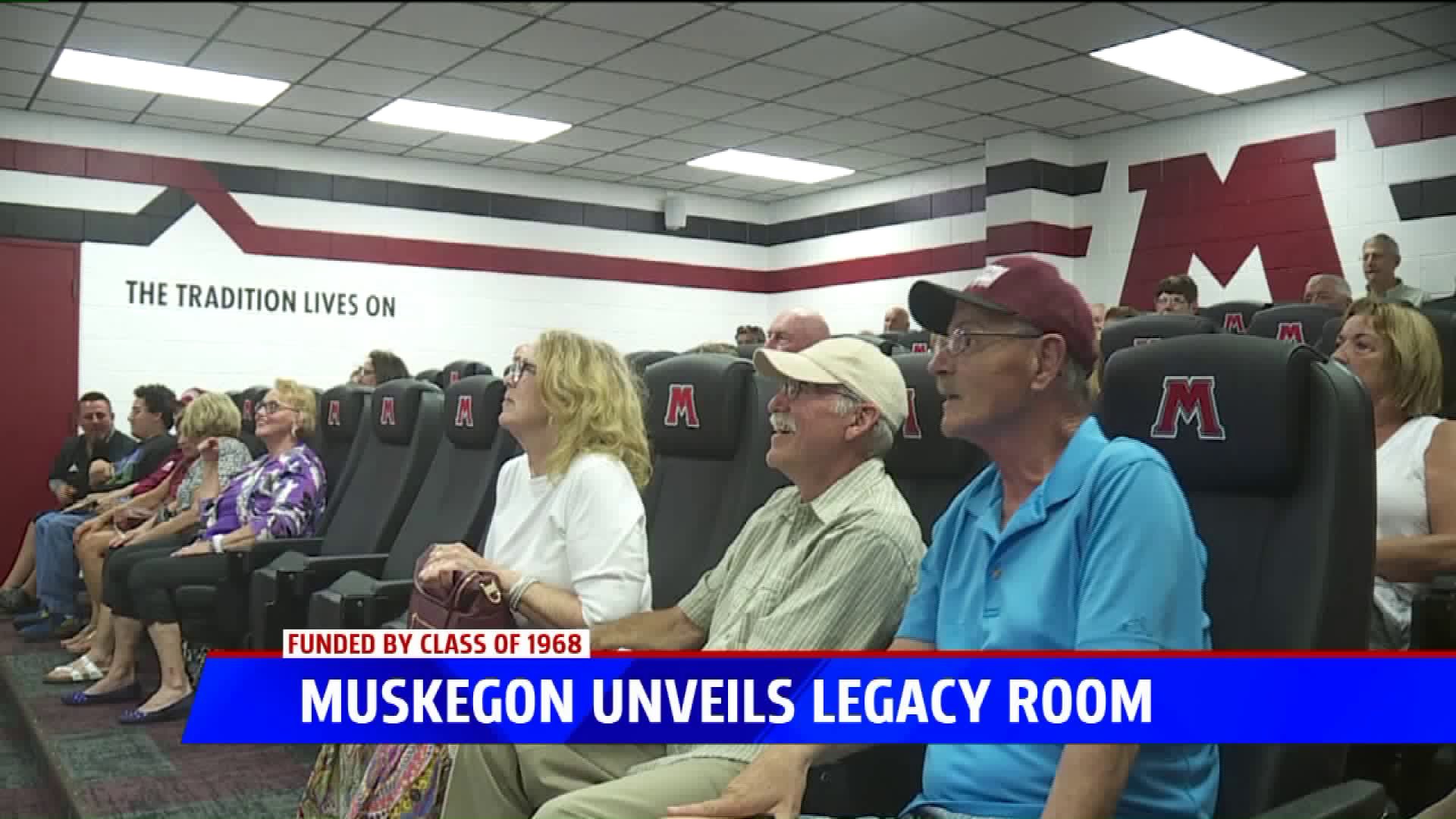 The new room was funded by the class of 1968

MUSKEGON, Mich -- Muskegon high school held the official ribbon cutting on the state of the art Legacy Room on the second floor of the Redmond-Potter Building. The room consists of leather seats embroidered along with a video wall, allowing students to study and have professional development courses in the room. Meanwhile, Big Red athletes will be able to have film study, team bonding and guest speakers.

"It's so important to our students to have a room where they can do school work and watch film," Muskegon athletic director, Keith Guy said, "they can have professional development and testing as well."

"The kids here deserve this," 1968 graduate Dave Young said, "we feel very strongly that they deserve this and more. We're hoping that projects like this can get other classes or other people supporting to say, 'okay, what can we do?'"

Muskegon head football coach Shane Fairfield mentioned traveling to other high schools and seeing the state of the art facilities. Now, the Muskegon students and athletes have something to be proud of as well.

"It's not a bond proposal, it's not money spent from tax dollars or taking it from books or classrooms or the educational side of it," Fairfield said. "This is people from this school who walked these halls and loved this school came out of pocket and invested in these young men and women of Muskegon Public Schools."