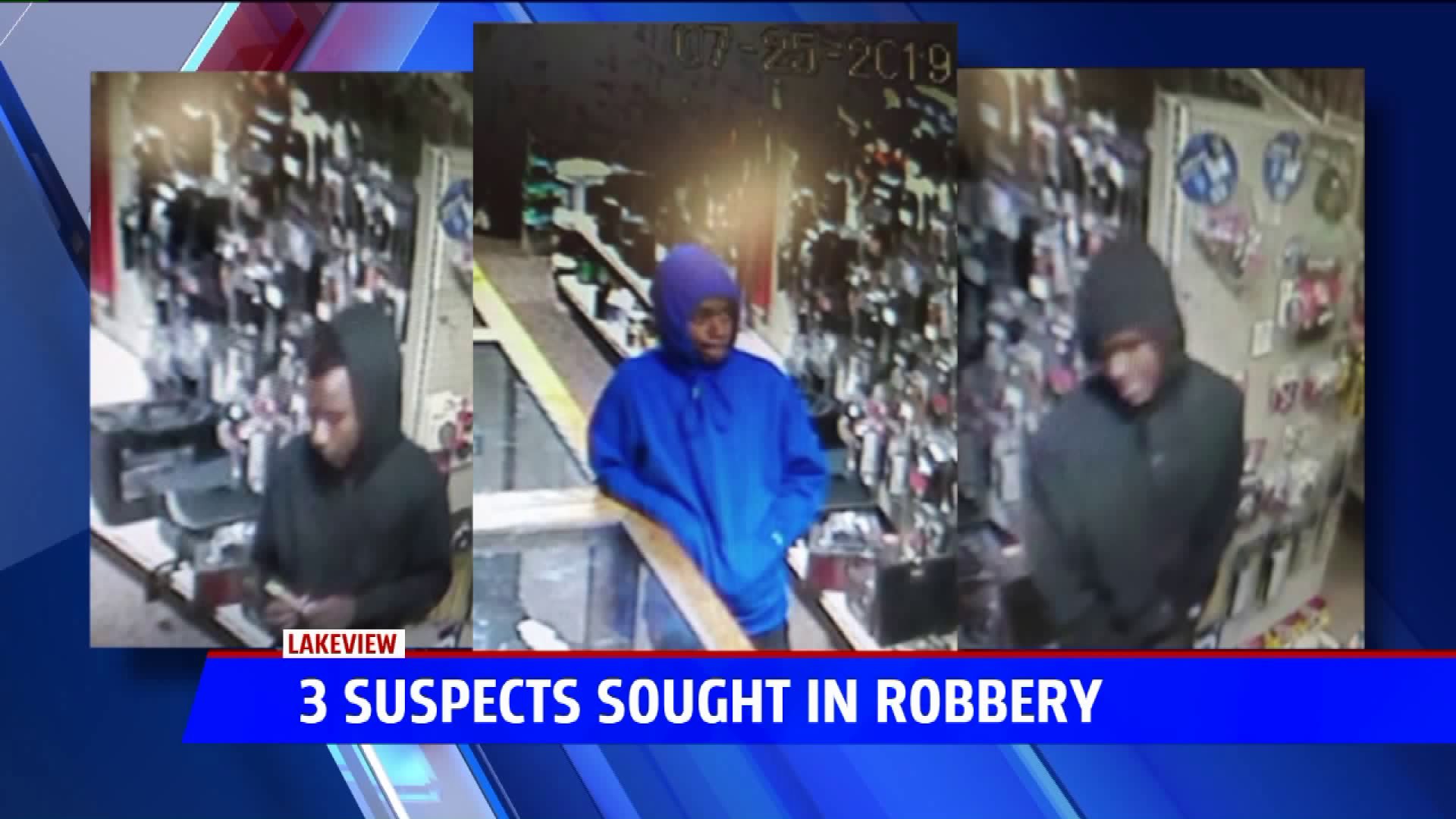 LAKEVIEW, Mich. — Authorities are searching for three men who stole several guns from a sporting goods store in Montcalm County.

It happened around 5:34 p.m. at Tamarack Sports, located at 9599 Greenville Rd. in Lakeview.

Lakeview Police Chief Darin Dood tells FOX 17 that "multiple" guns were taken in the theft, but would not give a specific number.

They believe that the three suspects are from the Grand Rapids area and came into the store once to see how the store operated and then later to take the weapons. The store was open at the time of the theft, but the owner had left for the day.

Authorities said three suspects left the store in a black SUV on M-46.

The suspects are considered armed and dangerous, and anyone who comes into contact with them is asked to call Montcalm County dispatchers at 989-831-5253 or Lakeview Police Department at 989-352-6211.