Jim McElwain hoping to lean on offensive line during 2019 season 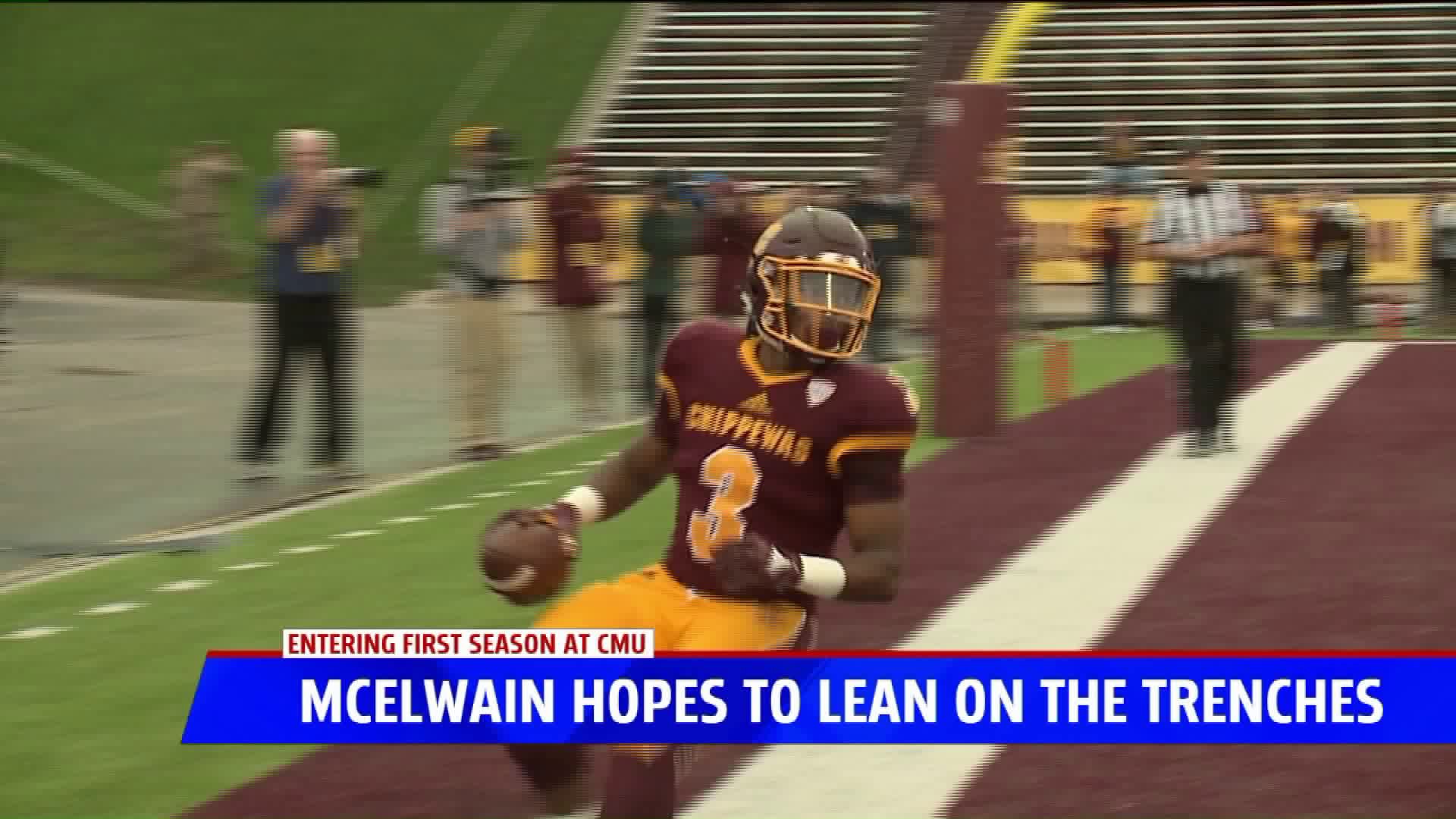 MOUNT PLEASANT, Mich.  — It won't be easy for Jim McElwain to turn around the Central Michigan football program.

After a 1-11 finish last year, McElwain has come in and revitalized the players with outstanding energy, according to several players.

When asked what McElwain expects the strength of this year's roster to be, he said it's too early to tell but is hoping it's up front.

"Every year of coaching, I expect our offensive line to be improved," McElwain said. "I expect them to really be that group."

McElwain mentioned the deep history and tradition of Central Michigan offensive lines, with players like Joe Staley and Eric Fisher going onto the NFL.

"The history of Central Michigan has been the O-line," he added, "they're Bubs, man, they're real, and we have to get back to that if we want to be successful."

The Chippewas will have two seniors and five upperclassmen on the offensive line, one of them being Steve Eipper.

"Central has a long history of great offensive lineman," Eipper said. "Being able to play on the offensive line is pretty special, we have a great group of guys coming back, some experience coming back and young guys that can prove themselves, it'll be fun to watch."