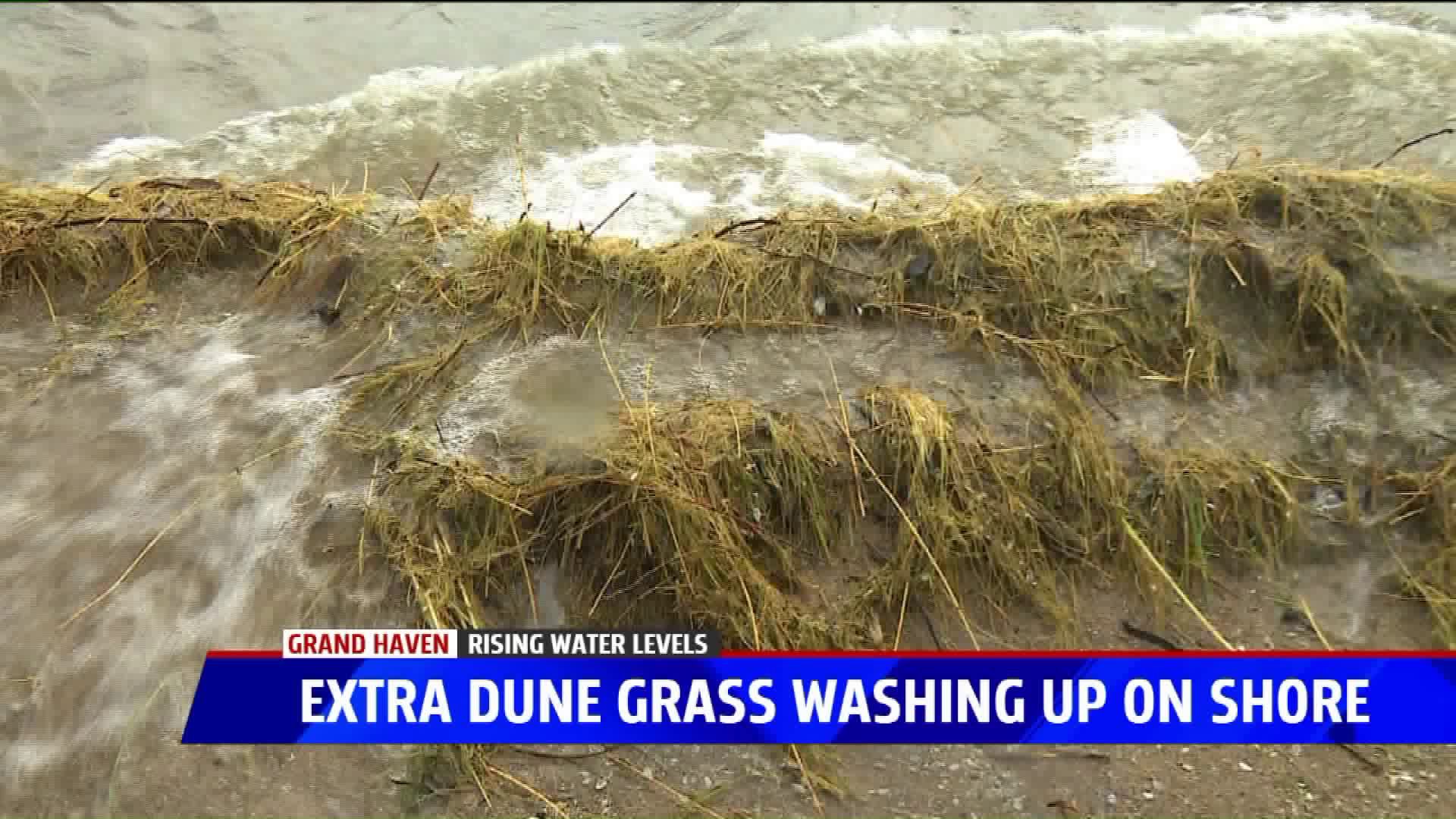 GRAND HAVEN, Mich. — The beach at Grand Haven State Park is full of weeds that have been washing up on shore.

There appears to be much more than in years past.

Dune grass is popping up in such huge amounts, there’s a dumpster full of the stuff in the parking lot at the park.

"It's not going to be a phenomenon that you see along the entire shoreline, it's going to be localized to certain areas, it's unfortunate that this case it was located in a public beach," said Dr. Alan Steinman of Grand Valley State University's Annis Water Research Institute.

Steinman says there’s a simple explanation for why there’s so much debris this year.

"What’s happened because of high water levels, is that areas that normally have dune grass are eroding. And the dune grass is getting in the water and washing up on the shoreline, wherever the currents are going to take it," Steinman, explained.

Historically high lake levels have brought all that grass to Grand Haven.

There is a whole lot of it, but the matter itself is not cause for environmental concern.

"The main concern is aesthetics in terms of it not looking great. Anybody who’s walked on dune grass knows it can be pretty sharp and harsh, so for people walking along it, you’re going to have to wear your shoes, you're not going to want to walk barefoot on it," Steinman, said.

As lake levels slowly begin to decline, it's likely you will see and less of the stuff as summer moves on.

"Now that’s its being removed in all likelihood you’re not going to have another event where it comes up like that," Steinman, added.