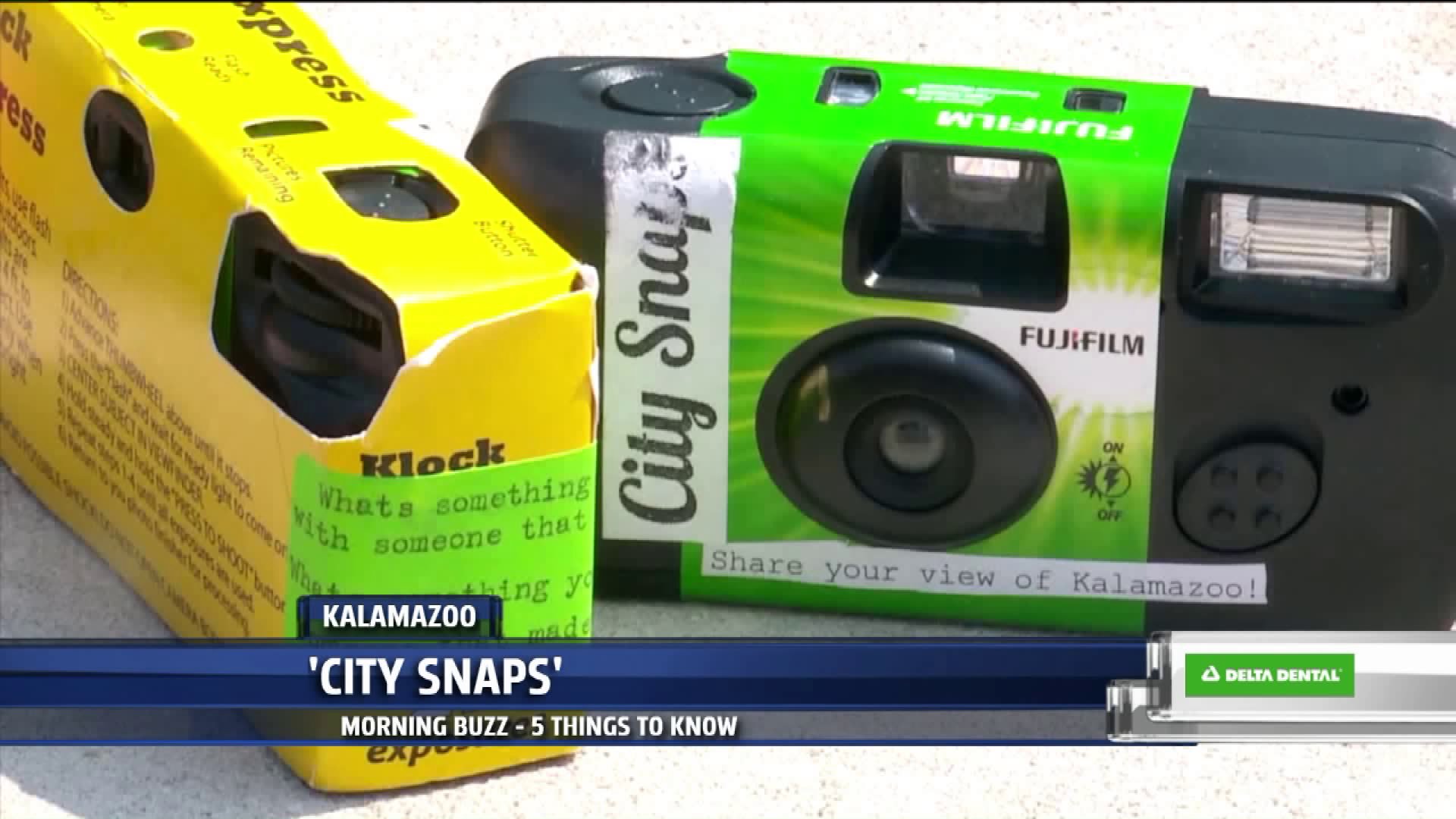 1. There's a local election just a few weeks away, and this time voters have more options on how to cast their ballots.

Proposal Three passed by Michigan voters in November. This guarantees people can vote absentee, without having to provide a reason.

Voters can also register to vote at the polls, and the state is now required to audit all election results.

Another change voters will notice is the option to vote straight ticket, meaning people can pick a single box to vote for all the candidates from one party.

However, that won't apply for the upcoming, non-partisan elections on August 6.

2. A woman in Grand Haven opened the trunk of her car to find a shocking surprise. Keeghan Buffum says she was unpacking her daughter's things after returning from vacation in Pennsylvania when she found a brown snake hanging out in her vehicle.

After being spotted, the reptile quickly slithered out of sight, and she wasn't able to find it for an entire 24 hours.

Keeghan eventually found the snake on the floor of her car and was able to get it out safely.

The city calls it the "Snaps Project". The city of Kalamazoo and a local artist placed disposable cameras in 10 different locations in the downtown area and the surrounding neighborhoods.

The goal is for whoever walks by to take a few pictures of the things they love about the city.

The project ends next week, then the goal is to have the pictures wrapped around 10 utility boxes around the city by October, so that's where people can see if their picture was selected.

4. The Tokyo Summer Olympics Organizing Committee unveiled the design of the medals they'll be handing out next year.

They're made entirely of more than $78,000 tons of recycled electronics, including over 6 million old cellphones. The ribbons are also made from recycled materials.

The Tokyo 2020 Medal Project collected the cellphones and electronic devices over two years.

It's estimated that about 5,000 medals will be given out between next year's Olympics and Special Olympics.

5. A hospital in Pittsburgh has gone all-out to promote the city's Pickle Festival.

The staff dressed up four newborn babies as Gherkin Pickles. A nurse knitted the little suits special for the event, known as the Picklesburgh Festival.

Each baby was given a t-shirt that read, "Special Dill-every."

A city spokesman says the Picklesburgh FEstival was "built for every pregnant woman's craving."

He even predicted the babies may someday be the Mayors of Picklesburgh.