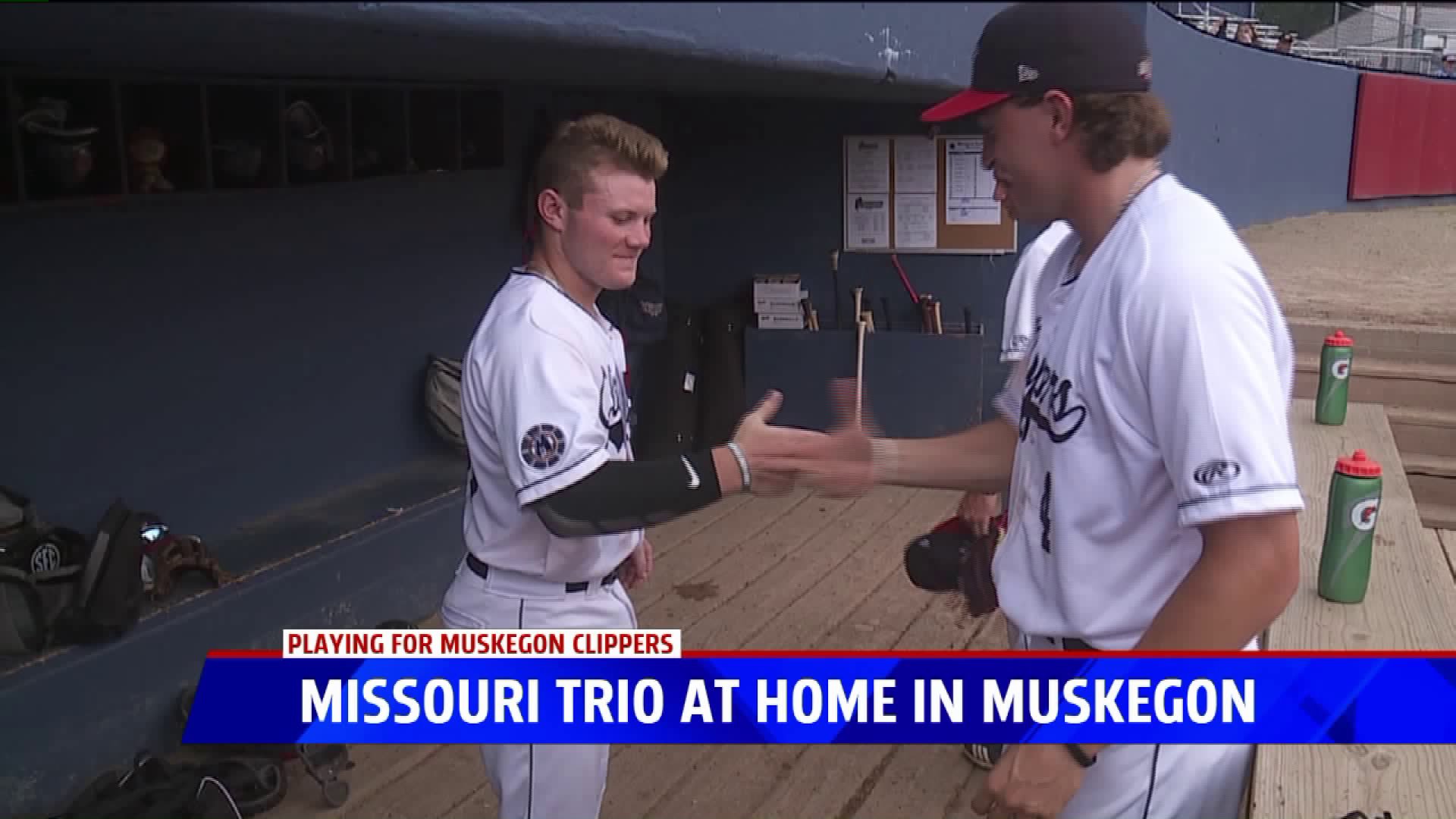 MUSKEGON, Mich -- Summer collegiate baseball can bring kids to West Michigan from all over the United States, just like the three players from the University of Missouri who enjoyed the summer playing in Muskegon.

"Our coach actually recommended this league for us," outfielder Joshua Holt said.

Holt, catcher Tre Morris and outfielder Ty Olejnik have been suiting up for the Clippers all summer long.

"It's Coach Cutter, the pitching coach he's also the GM and he just tries to find the best athletes that he feels like are able to come up here and perfect their craft and get better at what they love," Morris said.

Meanwhile, Olejnik was set to play for another summer collegiate league in North Carolina but when that fell through, he found out he had a chance to play with two of his close friends and Missouri teammates.

"Coach was like, 'some of the guys are going' and they're my friends so I thought sounds like a good place to be," Olejnik said on his decision to come to Muskegon.

The Clippers search nationwide for talent every year and were fortunate enough to land three players from the same school.

"Last year, we talked to Missouri about bringing a player or two in but it didn't quite work out," head coach Walt Gawkowski said. "When we contacted them in the fall they told us they'd have a player or two for us this spring and sure enough we signed three of them and we're happy about that."

The three weren't just teammates at Missouri but close friends as well, this summer in Muskegon is only strengthening that bond.

"It's really close," Morris said on the friendships, "we all stayed in the same dorm freshman year so we're really close, we've all been through the ups and downs obviously."

"We were obviously teammates in the fall and spring and we've been good friends since the summer," Olejnik added, "that's when we all first met. It's been a great experience because we got to become good friends then move here and get even closer."

Summer collegiate baseball can be a lot for young players and it has certainly been different for the three Missouri Tigers.

"Our coach back at Missouri told me to get a lot of at-bats and really try to work on catching and hitting," said Morris, who led the Great Lakes League in at-bats this season. "I'm in the lineup every day so it's a lot of fun and a lot of seeing pitches and work at getting better."

"Playing every day is different," Holt mentioned, "bus rides and getting back at 4 or 5 in the morning is exhausting."

The Missouri players have been happy to be in West Michigan for the summer and the Clippers have really enjoyed having three down to earth kids from the SEC.

"It's nice, it's the first kids we've had from the SEC, they're great kids and we're happy to have them," Gawkowski said.

"This was the best fit for all three of us," Morris mentioned.

The Clippers season came to an end on Friday night against the Lima Locos, who took the best of three series in Muskegon.