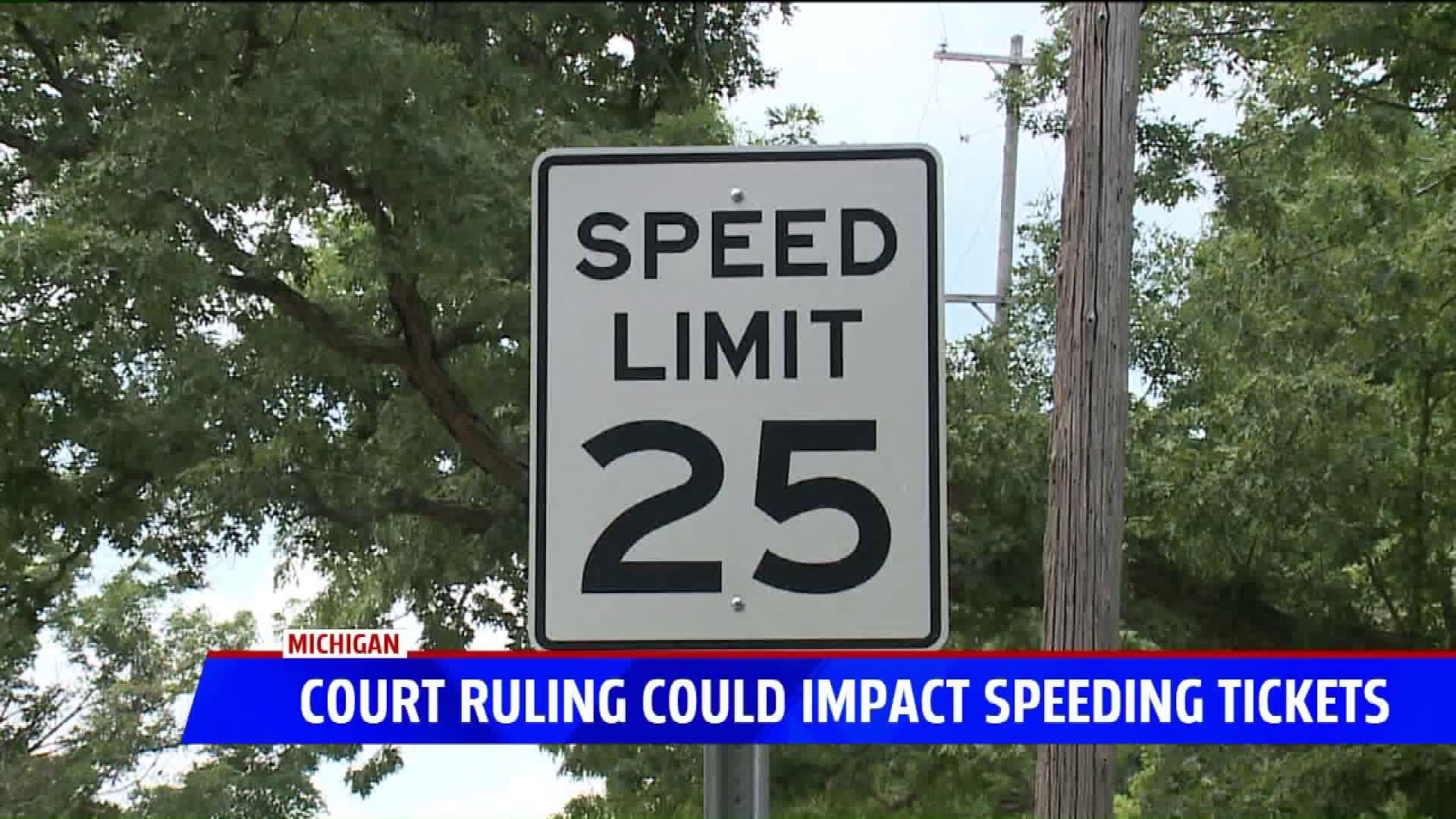 SARANAC, Mich. — Anthony Owens won a four-year court battle that ended up, so far, in front of the Michigan Court of Appeals. The case has revealed why traffic signs and studies will be crucial in future cases like this.

Ed Sternisha, Owens' attorney said, "Many people who get speeding tickets may not actually be speeding. The speed limit may actually be wrong."

Owens was pulled over in 2015 on Parsonage Street in the Village of Saranac by Ionia County deputies.

"Police report said that he was speeding 43 miles an hour in a 25 (mph) zone. So, I looked. I looked, and I couldn't find a speed limit sign. There was no speed limit sign in his direction of travel," Sternisha explained.

The case bounced around from court to court. Sternisha said a Michigan State Police lieutenant testified as an expert on Owens' behalf. He said the lieutenant explained that there's a proper, legal way for speed limits to be set.

"He determined that the speed limit is 55 because there's no sign posted. He also determined had the village properly done the speed study as required by the 2006 law, the speed on that road would be 45," Sternisha said.

Owens was clocked at 43 miles per hour, "so, either way he was not speeding," Sternisha said.

The Grand Rapids attorney said the road was essentially treated as a speed trap. With neither side backing down, the case eventually made it to the Michigan Court of Appeals where the three-judge panel unanimously ruled in Owens' favor this week.

He added, "But now, the Court of Appeals with this opinion has given some meat to the average driver who's given a speeding ticket and may not actually be speeding."

The case could be appealed to the Michigan Supreme Court.

FOX 17 reached out to the attorney for the Village of Saranac for comment but haven't heard back. Sternisha said the status of secondary violations resulting from the traffic stop is uncertain.