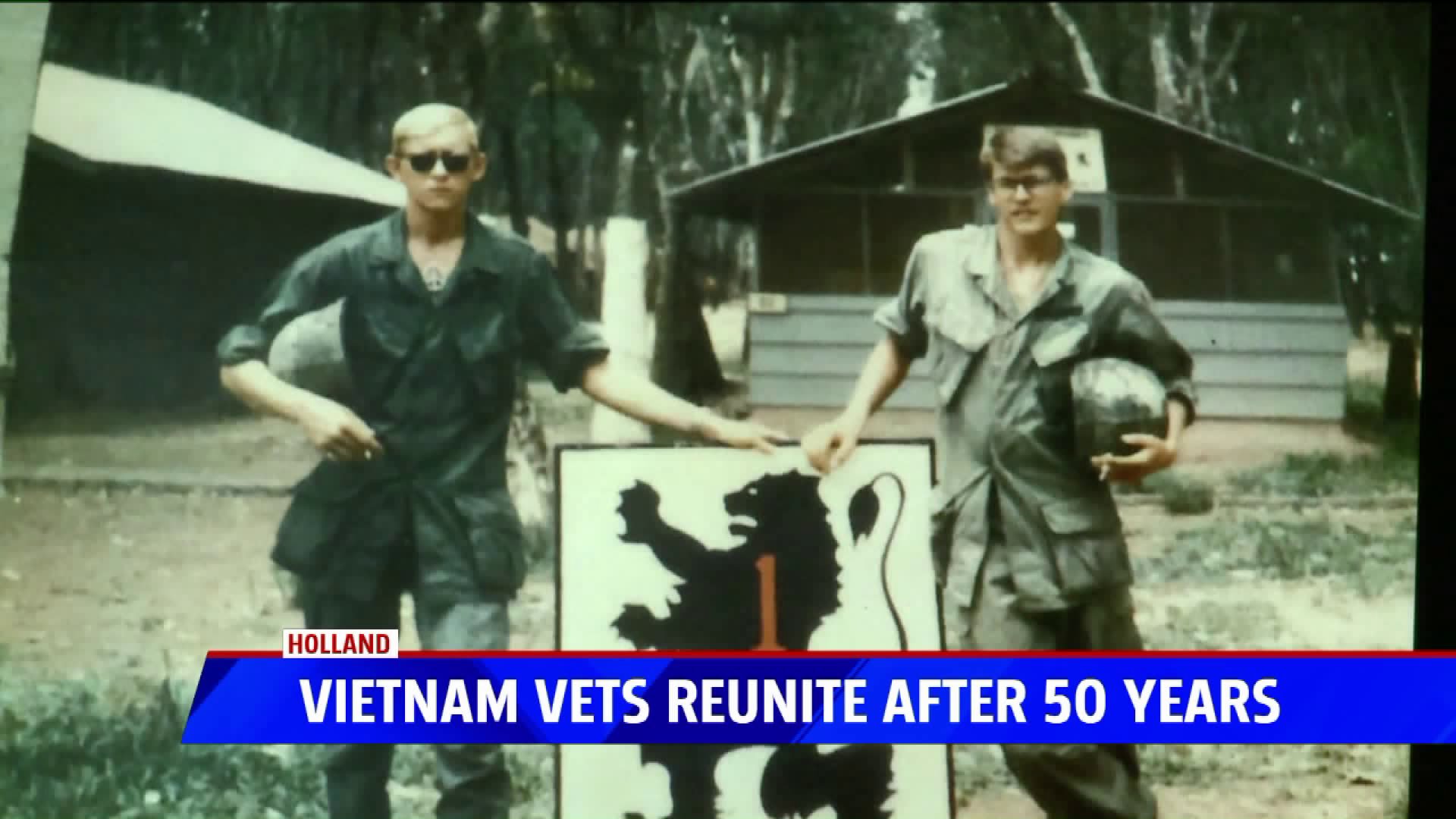 HOLLAND, Mich. -- More than a dozen men who served together in Vietnam reunited in Holland 50 years later.

The men were all part of the storied Big Red One, the First Infantry Division of the U.S. Army,  together they fought on the frontlines in Vietnam.

Most don’t like speaking about their time in the war, but they all cherish the bonds they’ve made with each other through those tough times.

"It's so great to see these guys because of what we went through years ago it's just neat to get together and meet the families and that kind of stuff," Purple Heart Recipient and West Michigan Native Doug Buikema, said.

"We don’t talk about the war anymore, we talk about families and stuff, there’s one or two guys that want to talk about what happened back then but mainly we talk  about families, where you been, how you doing, that kind of stuff," Buikema explained.

Their conversations focus on the present. Not the unimaginable things these men went through in the past.

"We were in the thick of it, we really were. We were there when things were really happening and we lost some people," Buikema said.

The group has been meeting like this every few years in a different city since 1993. It was an idea from platoon-mate Harold Graves, who at that time started getting a hold of the people he served with.

"In the short time we were there we made good friends we slept, ate, walked together 24 hours a day, and got to know them pretty good," Graves said.

It's a bond that's lasted the test of time and though the group has gotten smaller over the years, there's always a plate at the table for those who are not physically here.

"Fifty years is a long time, we’re lucky we got this time, because there was a time when we weren’t sure how many more sunrises and sunsets that we were going to see when we were over there," Buikema added.