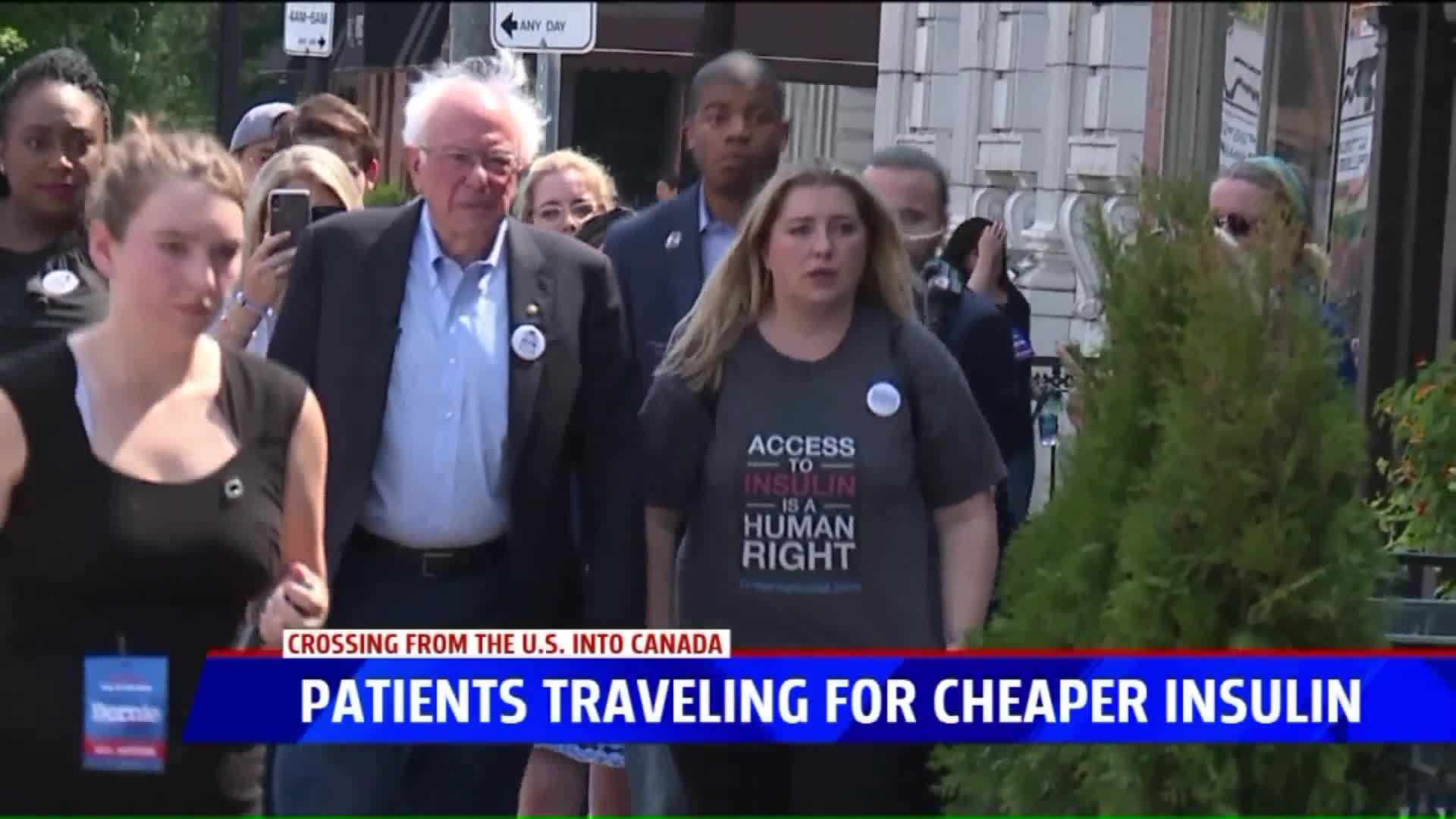 DETROIT, Mich. - People from West Michigan are going against FDA recommendations to purchase a drug they desperately need to live.

About 15 people traveled from Detroit to Windsor, Ontario alongside Senator Bernie Sanders in search of cheaper insulin. Some people even traveled from Minnesota for the trip.

Rachael Lockwood drove from Greenville to join the group. Three of her children are diabetic and insulin-dependent.

"This will only be our second time traveling [to Canada] for insulin," said Lockwood.

"The only way to get it at this point without paying the $620 is to go to Canada," said Lockwood.

Others in West Michigan have also found themselves in the same situation. Melissa Malstrom of Buchanan has resorted to begging doctors for insulin samples because she can't afford the $1,200 price tag on her American medical insurance.

"It's rough. It really is," said Malstrom, who said the samples are identical to the insulin she would purchase.

A group called 'Insulin4All' organized the trip from Detroit to Windsor to the pharmacy, located about 15 minutes from the border. One family described how the short trip saved them around $10,000.

"What's so incredible to me is that I paid $1,000 ," said Kathy Sego, whose son has been diagnosed with diabetes. "That's still less than what I pay for a month in the United States."

Outside of the pharmacy, Senator Bernie Sanders from Vermont and presidential hopeful spoke with a crowd of onlookers and supporters about what he calls pharmaceutical 'price gouging.'

"It is collusion, and it is greed," said Sen. Sanders. "So our job now is to end the incredible greed that exists in the pharmaceutical industry and to end the embarrassment."

The FDA warns people about going to Canada or other countries because it is unregulated. The FDA warns those who cross borders for drugs never truly know what is inside that drug. Border patrol allows most people to cross the border with about a 3-month supply.