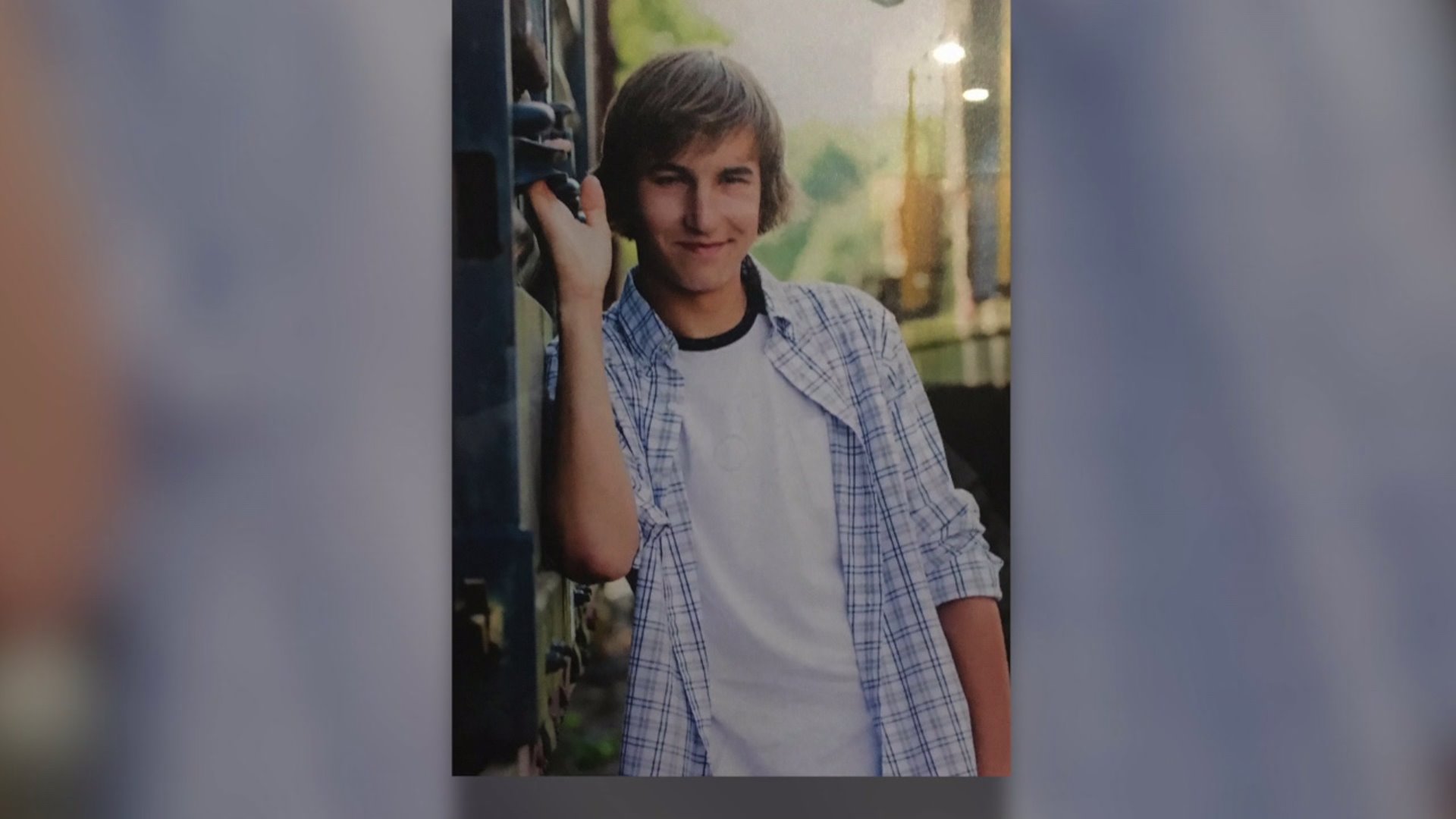 GRAND HAVEN, Mich. -- Forty-Five people stood out in a crowd of thousands at the 2019 Coast Guard Festival kick-off event on Saturday.

The family and friends of Nathan Syrek donned matching shirts, bandannas, and other tokens in memory of those they've lost recently. Syrek died of cancer in April at the age of 19.

The festival is in its 40th year, starting each time with a 5K hosted by the Tri-City YMCA. Nathan's brother, Owen, told FOX 17 the festival was a family tradition Nathan looked forward to each year.

"... This was always everyone’s favorite week of summer. So it's kind of going to be a hard week for everyone..." Owen said. "Doing the 5K really brought everyone together and it really kind of made it easier on everyone. "

Each runner wore gray t-shirts with a Jeep and the words "Life is good, enjoy the ride" in red. The black bandannas honored friend's grandfather and a medallion was worn to honor another friend's mother - both of whom passed away recently.

Nathan is remembered as a young man who lived life with no restrictions; kind, funny, and the best brother and son.

"He just didn’t let cancer ever hold him back. He was still him." Owen said. "Just the best guy you could ask for. "

The Syreks say Nathan's favorite part of the festival was the fireworks. They plan on watching them this year knowing Nathan is with them in spirit.

The Coast Guard Festival runs this year through August 4th.