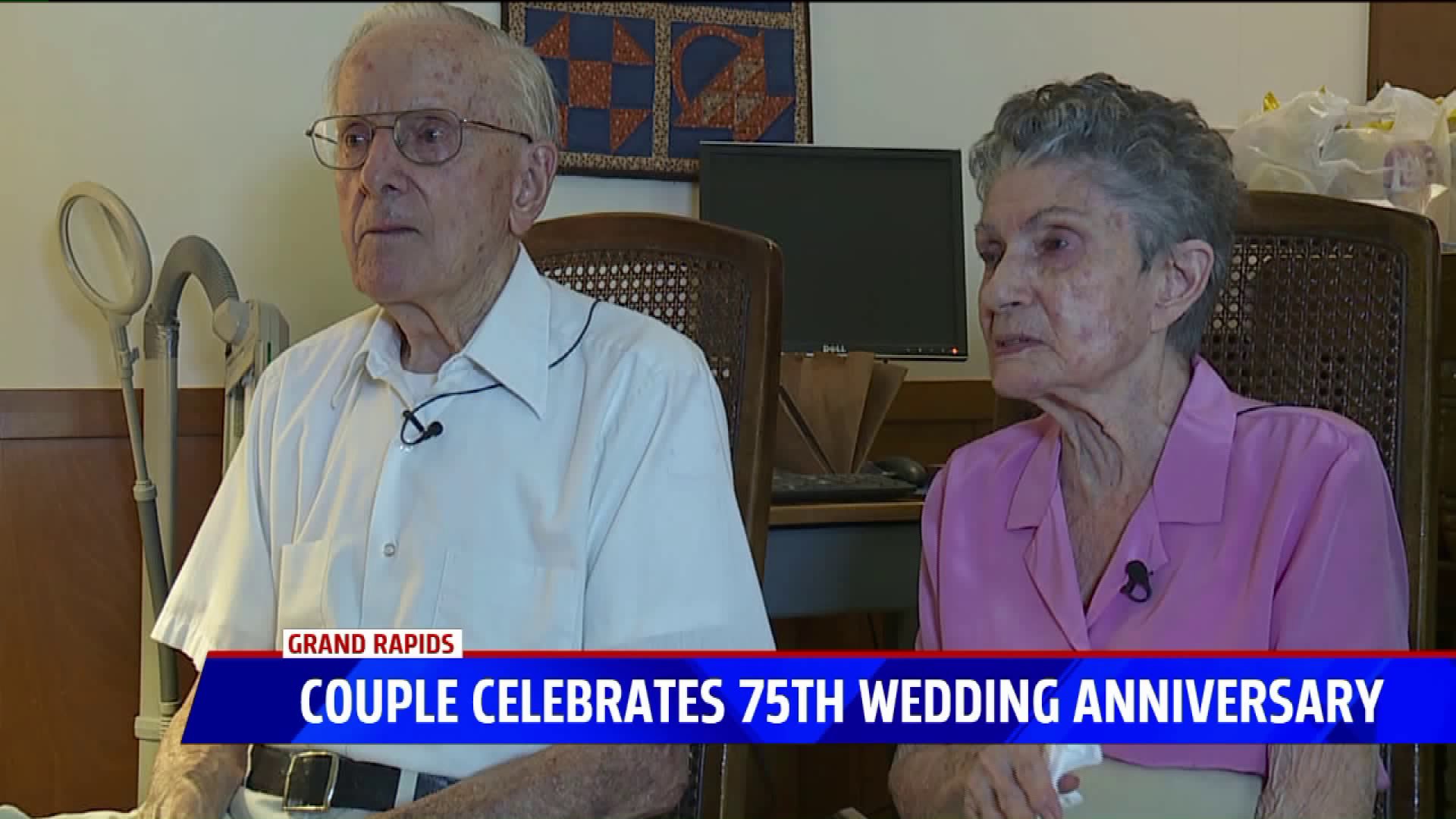 GRAND RAPIDS, Mich-- A special party was held in Grand Rapids on Sunday to honor Emily and Richard Morse, who have been married for 75 years.

The couple met back in high school when Emily had a flat tire.

When asked what works for them, the couple says, they really don't argue.

"Give it half a day for a little while, and you'll forget what you're arguing about," added 96-year-old Richard.