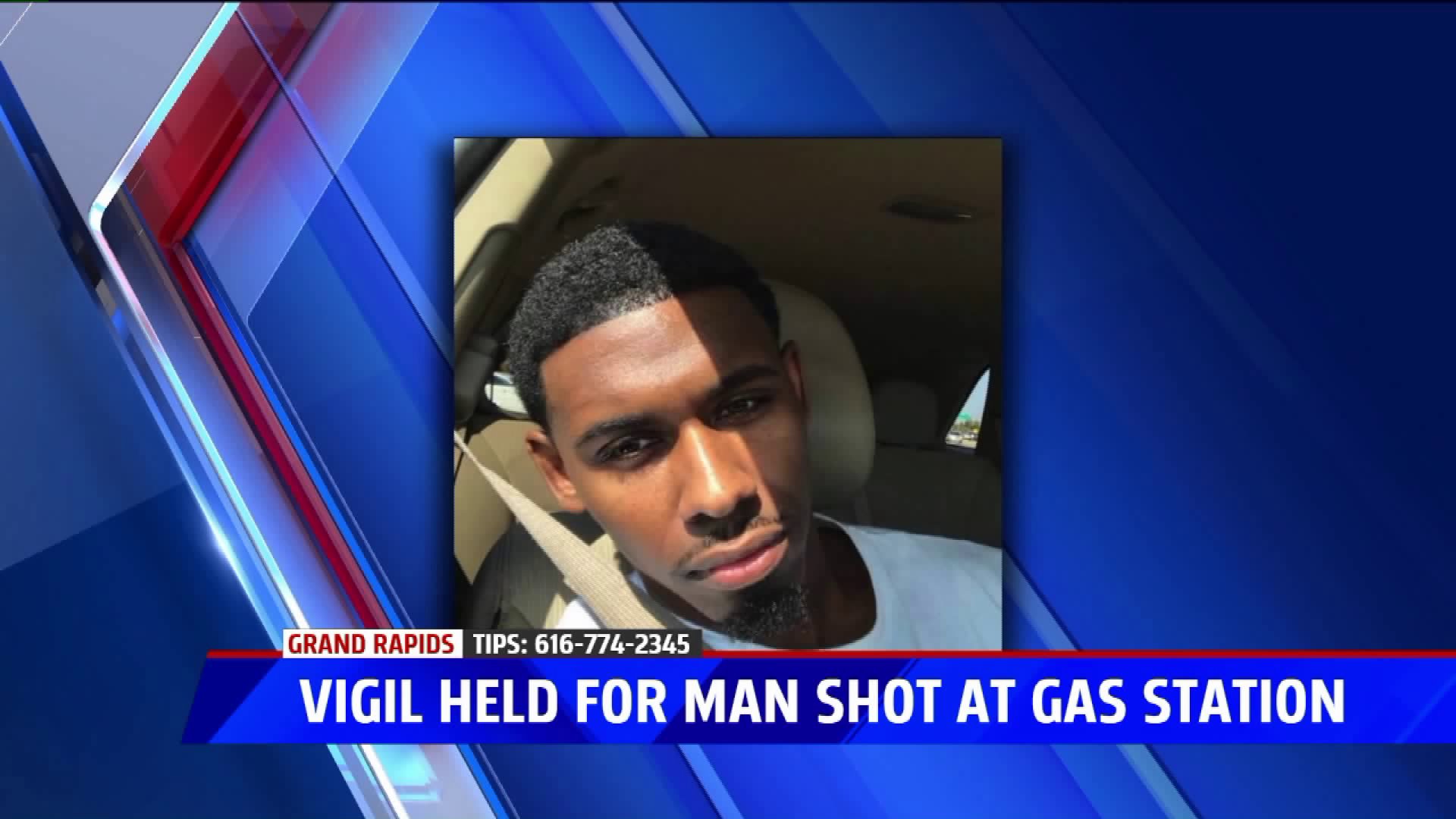 The fatal shooting happened at 3:58 a.m. at the Shell gas station in the 2600 block of East Beltline Avenue SE.

The victim, identified by family as Micheal "Marlo" Jones was taken to Spectrum Butterworth Hospital immediately, where he was pronounced dead.

According to police, the gas station was full of people when the shooting took place.

Witnesses were visibly shaken at the scene but provided minimal information to police about what exactly happened.

Police say a weapon wasn't found and there is no suspect in custody.

Anyone with information on the shooting is asked to call Silent Observer at 616-774-2345.