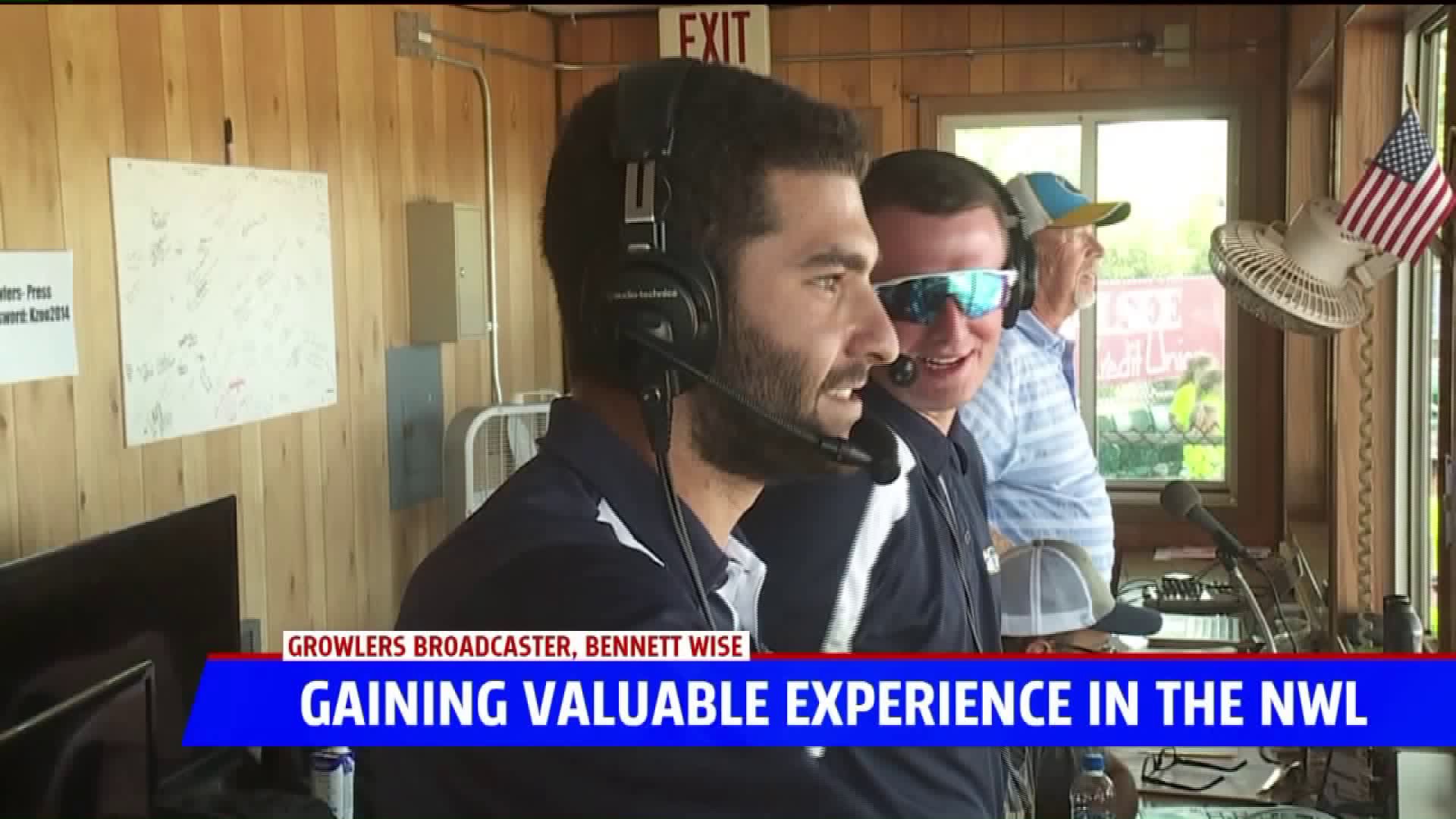 KALAMAZOO, Mich -- The Northwoods League is known as one of the best summer collegiate baseball leagues in the country it it's a grind, not only for players but gameday staff and broadcasters as well.

"It really is an all out grind," Growlers broadcaster, Bennett Wise said, "not only on players but even behind the scenes with broadcasters and gameday staff."

The Northwoods League is made to replicate a minor league baseball season, providing players, coaches and interns with a feel of a summer dedicated to baseball.

"We go everywhere the players do, all 72 games, we travel with the team and stay at the same hotels, it's really day in and day out with everything."

Miami University junior to-be Bennett Wise is one of those working in the league this summer as the voice of the Kalamazoo Growlers.

"I just want to improve as a broadcaster, I think I've done that dramatically since I've been here, work on my voice and figure out my sense of style and keep everything loose," Wise added.

Just like the players arriving to the field for batting practice and gameday preparation, Wise and the gameday staff are doing the same thing, putting in the hours to be successful.

"We are here four to five hours before the game or at least I like to be, find out what the lineups are, go through and set my book, look at the stats throughout the league, see where the Growlers and the other team stand in all the statistically categories."

Wise grew up near Washington D.C. and West Michigan was an unfamiliar place to him prior to this summer.

"I really didn't know anything about this city until I came here," he mentioned, "but everybody has been nicer in the Midwest. Being from D.C., people can be kind of hard sometimes and won't open up but everyone here in Kalamazoo and really the Midwest is a lot nicer."

This summer will be an invaluable experience, not only for his career but also for the connections he'll make when he goes back to school in Oxford, Ohio.

"It'll be fun to see the guys especially in the Mid-American Conference who i'll get to see this spring for baseball, so it'll be good to keep those connections going the rest of the year."

Wise does much more than just call games and send out press releases.

"We stay later than everyone else, I'm supposed to be picking up trash right now so I'll be doing that once we're done with this."

But it's invaluable experience for a college student to be broadcasting games in a very well known summer collegiate league, showing the Northwoods League isn't just for baseball players but those wanting to work in sports as well.