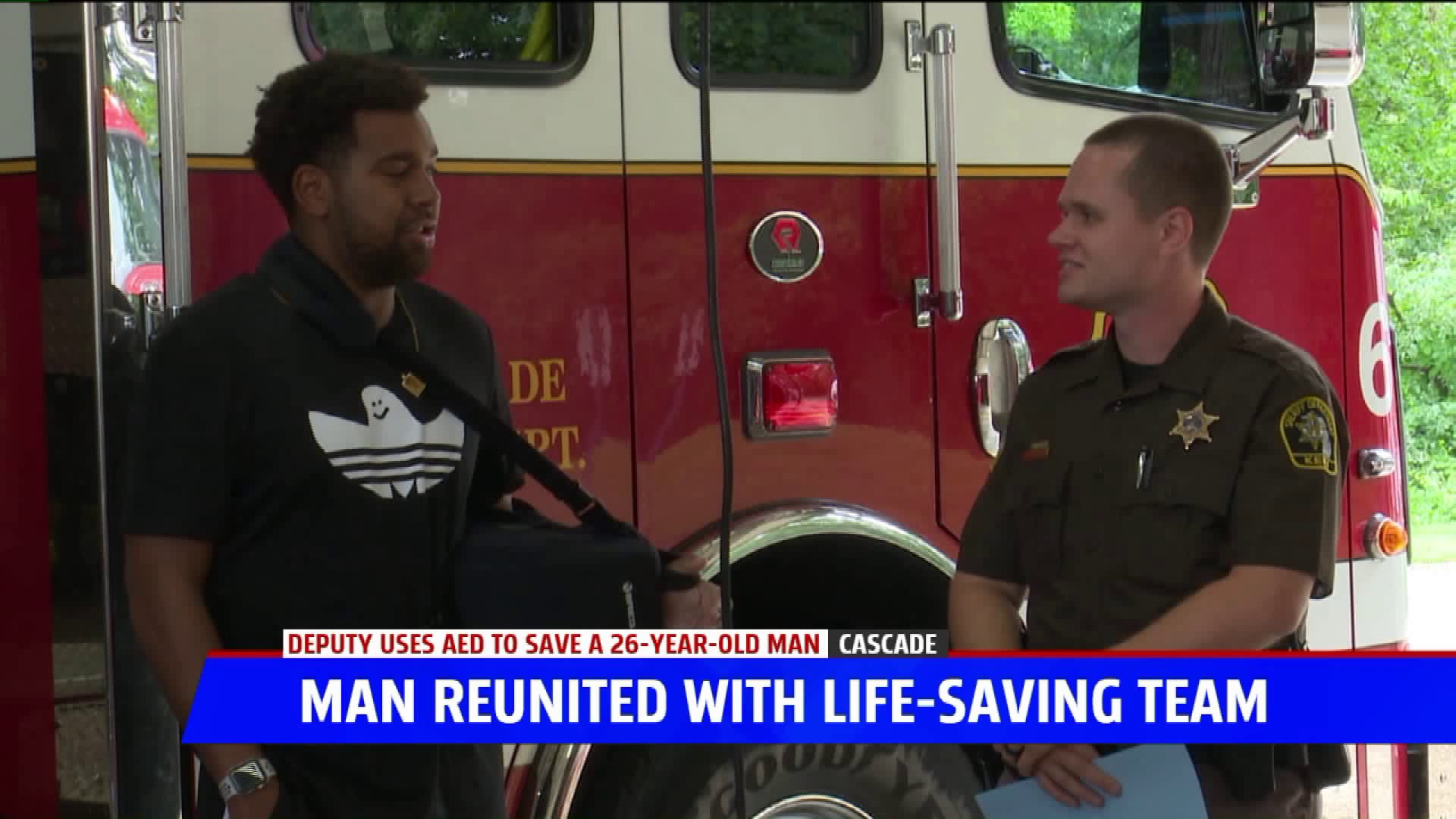 Christian Craft is an active 26-year-old who frequently plays basketball, and is now among the few who survive cardiac arrest after collapsing last week during a run at MVP Sportsplex.

Craft was only a few minutes into a basketball game when he went to the floor and didn’t get back up. Someone at the gym called 911 and said he was struggling to breathe.

Kent County Deputy Joshua Thomas was one of the first people to arrive.

“I got down on the ground next time him, and I was checking for a pulse. I couldn’t find a pulse,” Thomas said.

He used an automated external defibrillator to shock Craft’s heart, and then began CPR until more help arrived.

Despite the fact Craft had been clinically dead for at least eight minutes, the team of people including dispatchers, fire department, sheriff’s office and first responders were able to save him.

On Monday, Craft and his family surprised the people who saved his life.

“I am just humbled beyond words and so appreciative, I can’t tell you what you did for us,” Craft’s mother said to the group.

The only difference between Craft today and last week is that his heart is now connected to a defibrillator to help regulate it after he was diagnosed with hypertrophic cardiomyopathy — having heart muscles that are too thick.

Craft said doctors told him he had a 1% chance of having an episode with his condition, and part of only 7% of people who survive.

He says the incident is giving him a new approach to life.

Craft knows how much of a team effort it took to save him, and in return is ready to help them too.

“I couldn’t thank them enough. If they need anything from me, I’m going to do it for them. Because they saved my life,” he said.

“It’s just a good feeling to know that you could help somebody to the point where they’re up and walking in the real world within a few days,” Fitzsimmons said.

Craft’s doctors have told him to lay off being active for a couple weeks, but he says he plans to get right back out to playing basketball right after that.