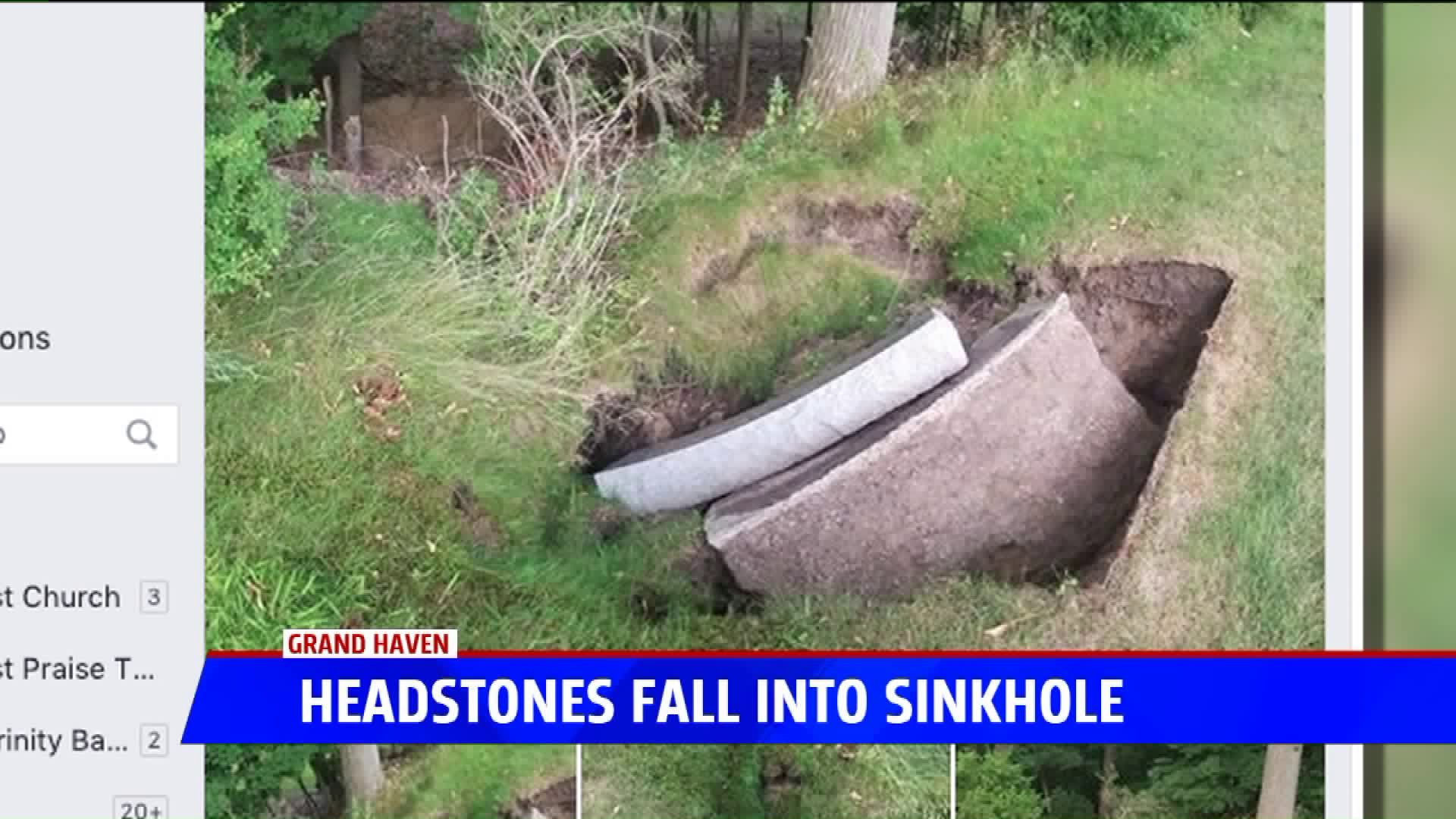 GRAND HAVEN, Mich. — The grounds crew at Grand Haven's Lake Forest Cemetery worked to pull a headstone Monday from a sinkhole after the irrigation system ruptured.

A social media post and photo about the weekend incident made the rounds.

Facilities manager Dan Vivian said, "We got a 2-inch sprinkler line that broke, and unfortunately, it was right on the edge of a hill."

"A little bit of that hill washed out and caused the stone to topple over," he explained.

The affected site isn't a burial plot. It's a headstone bearing the family name. Henry Bishop and two of his sons, Edwin and Don, are buried in front of it. Their grave markers show they served in World Wars I and II.

Cemetery staff suggested FOX 17 head to Grand Haven's Loutit Library to see what else we could learn about the men. On microfilm, we viewed obits and newspaper clippings for all three.

Edwin, an infantryman, died in the combat in 1945. His remains were flown back three years later. Don, who also served in World War II, died in 1967.Henry outlived both his sons and passed away in 1982.

It's a slice of Grand Haven history that avoided the edge of a messy washout.

Vivian said, "It was just an unfortunate spot. We've never had that happen before where it's washed out that big of a hole. Normally it just bubbles up through the turf, we find it and repair it."

After the ground is repaired, Vivian said the next step is to pour a new foundation which will allow the crew to reset the Bishop family headstone.