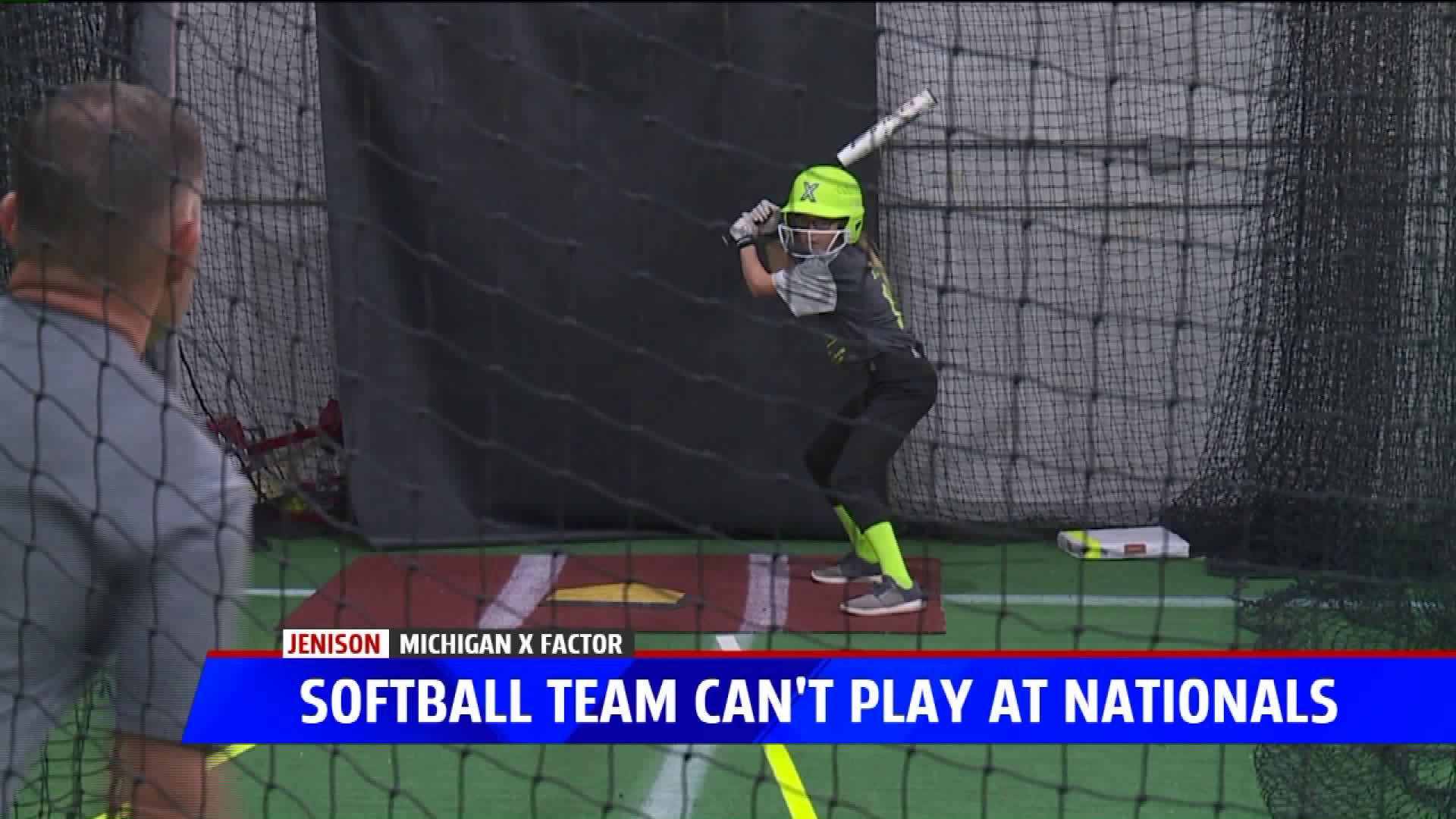 JENISON, Mich. -- A group of 8 and under girls so close to participating in a National All American Tournament but just found out it will be canceled.

It's unfortunate news for the girls on the Michigan X Factor travel softball team which is currently 20 and 3.

The team was  supposed to be hitting the road to take on the fields in Jacksonville, Illinois but it was canceled due to some states dropping out and not enough teams for them to host it.

They were going to be the only team from Michigan attending after traveling all over the state and Indiana winning every tournament with the exception of one.

"A lot of sacrifices they give up but they all love to be here," said owner and coach Junior Schnick. "It`s a close group of all local girls I think from five towns here. they just put a lot of time and passion in the game."

None the less big congratulations to all the girls for their hard work.