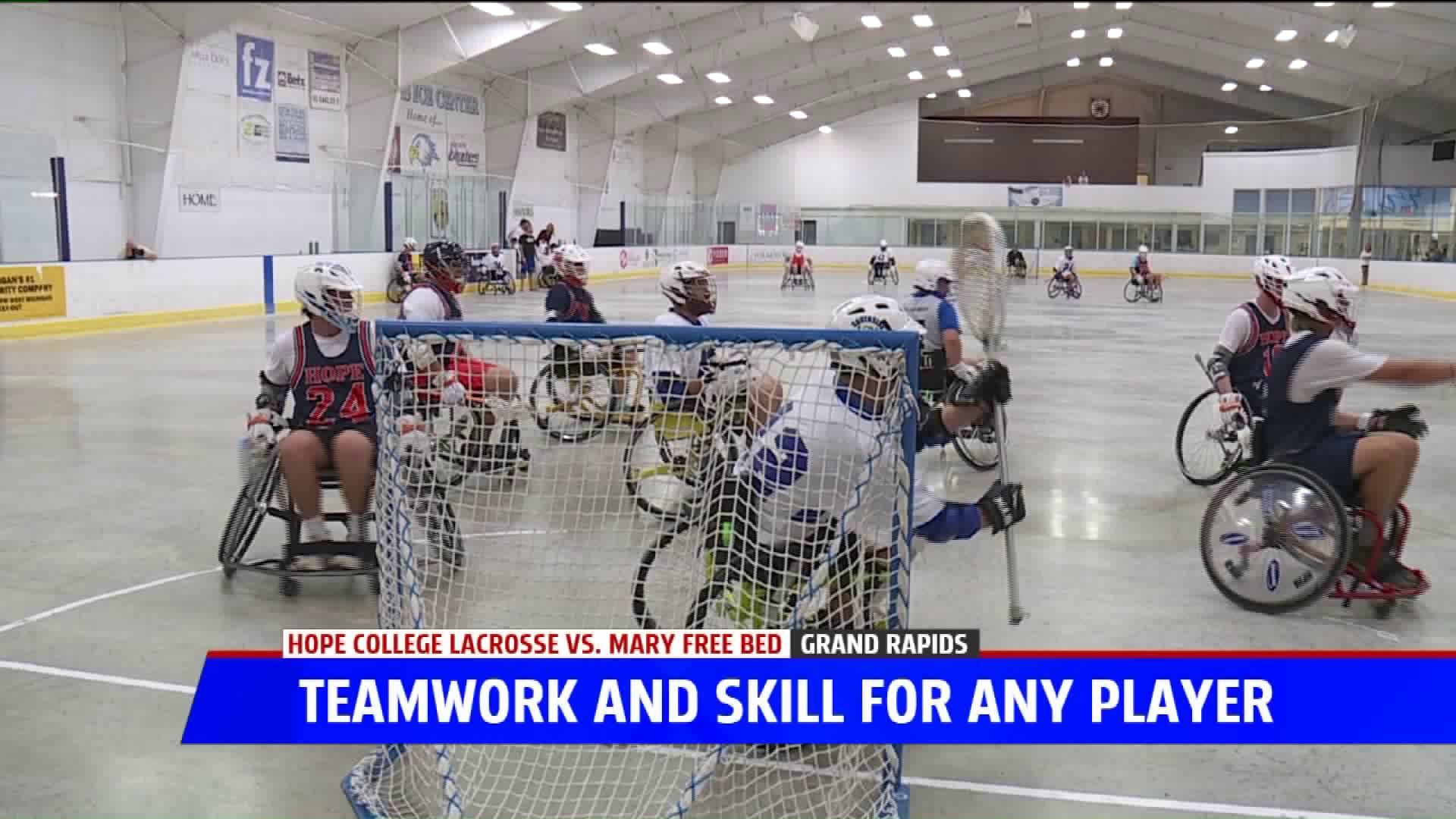 GRAND RAPIDS, Mich. — Mary Free Bed Rehabilitation Hospital offers a variety of adaptable sports. but one that hadn't picked up much steam until recently was lacrosse.

Coordinator for Mary Free Bed, Kyle Ringwald, says that's all thanks to their new coach, Tim Murray, who is also the head lacrosse coach at Grand Valley State University.

His team has helped get the Mary Free Bed team going, as GVSU players sub in to round out the roster.

“Tonight, we have eight wheelchair athletes, we started the season with 3 or 4," Ringwald said.

Monday evening, Hope College's lacrosse team played against the Mary Free Bed’s wheelchair lacrosse team. It's the first in a series of three scrimmages, where college lacrosse players will play the adaptive version of the sport against Mary Free Bed.

“Wheelchair lacrosse is definitely one of the most physical. We have people come to us, saying, ‘I just want to hit people.’ I just want to check people into the boards. This gives them the opportunity to do that,” Ringwald said.

The rules are essentially the same. The biggest difference, of course, is one team is used to playing on two legs, and the other knows how to wheel circles around them.

Hope College athletes are having a hard time adjusting to playing their sport on a chair.

This is the first of three scrimmages the adaptive team will play against local colleges. Next week, they play Michigan State University and Calvin University after that.