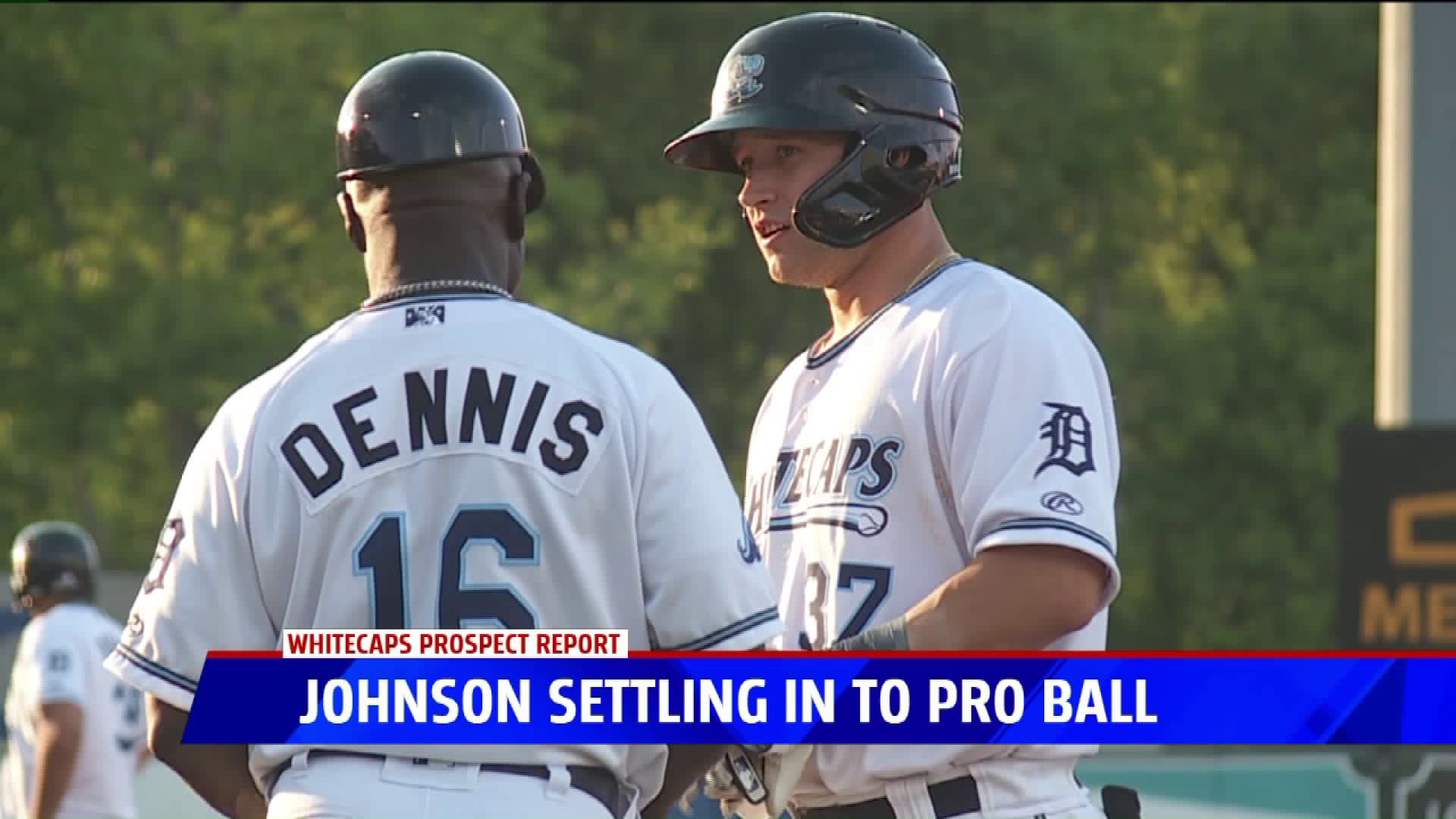 COMSTOCK PARK, Mich -- It was a dream come true for Ole Miss catcher Cooper Johnson to hear his name called in June's MLB Draft, being selected in the sixth round by the Tigers.

Johnson was rated as the top high school baseball player in Illinois out of high school was selected in the 28th round by the Cincinnati Reds before opting to play in college. This year's draft was a lot less stressful going through the process for a second time.

"In high school, I kind of let the stress get the best of me and this time I just enjoyed being around my family," Johnson added.

The 21-year old began his professional career in short season Connecticut before getting the call to West Michigan on July 14th.

"II got the call to come up here and I was super pumped about that."

After being drafted by the Tigers, Johnson heard great things about playing West Michigan and now he's getting to experience that for himself.

"The field and the park and the atmosphere is better than I expected," he said, "I heard good things so I came in with high expectations but playing here has been everything I could ask for for the summer."

Johnson had a .992 fielding percentage in three college seasons and was named to the 2019 All-SEC second team and all-defensive team as well. Now, he'd like to focus on his hitting in West Michigan.

"I'd like to get more offensive, just being as productive as I can at the plate, defense is always my main focus, but I just want to be the best hitter I can be."

Johnson played college baseball over 10 hours away from home making it tough on his family and friends to come watch him, now he's just around Lake Michigan.

"It was more difficult for my family to get down there," Johnson said on playing at Ole Miss, "but now we're just three hours or so, just around the lake. It's nice to have family in town, friendly faces kind of settle you down."

There's competition on the roster, however as Johnson is now one of three catchers, but he's just trying to take advantage of any playing time he can get.

"I don't really look at it that way even though it is competition, when it's my time I'm just going to go out there and play the way I know."

Johnson describes his style of play as passionate and energetic and hopes that can help him progress in the organization.