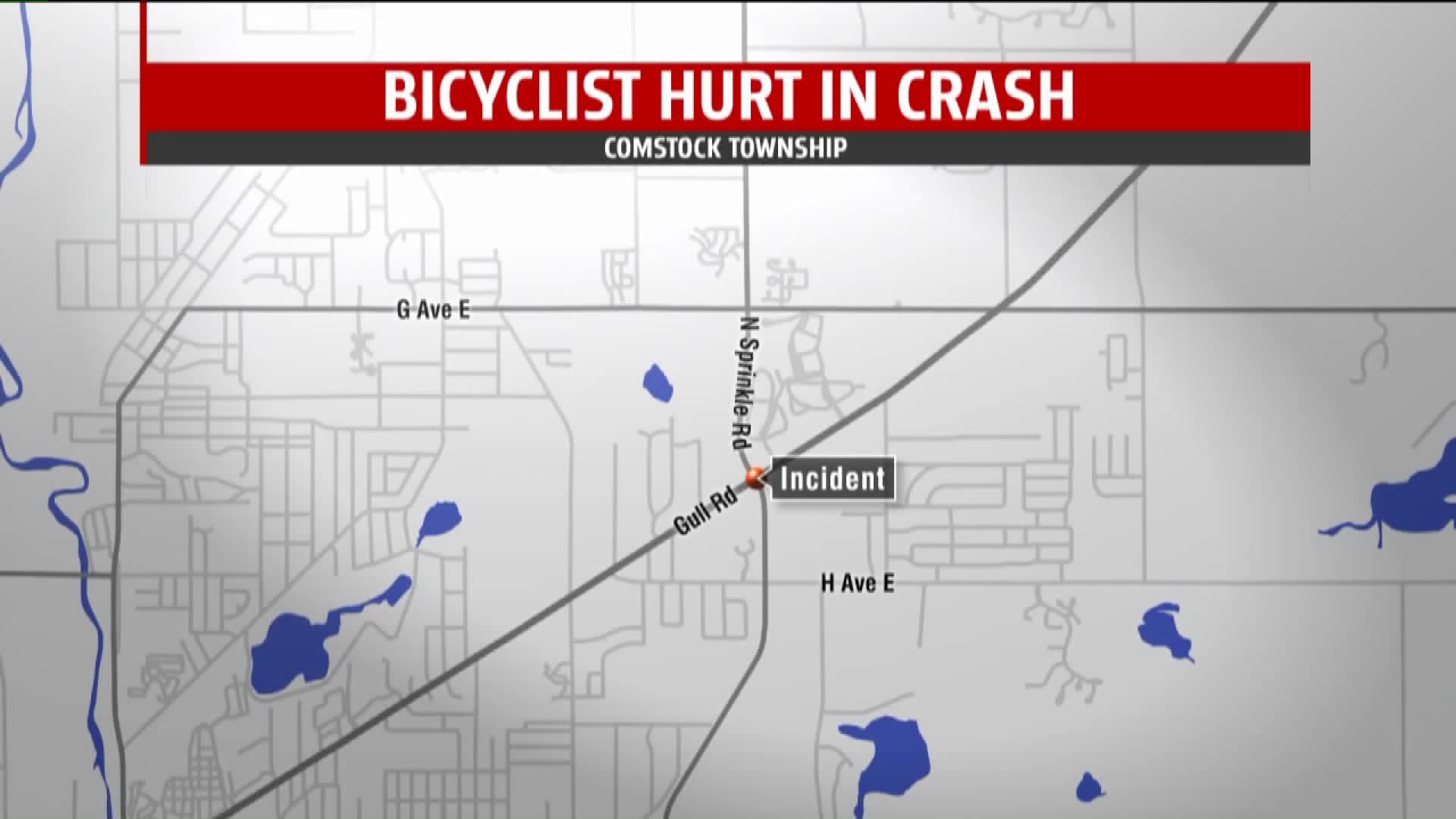 COMSTOCK TOWNSHIP, Mich. -- A bicyclist is seriously injured after a crash involving a car.

It happened just after midnight Tuesday near the intersection of Gull Road and N Sprinkle Road in Comstock Township.

The bicyclist suffered serious injuries from the accident and was taken to a nearby hospital.

The driver of the car was not hurt but alcohol does appear to be a factor in the crash.