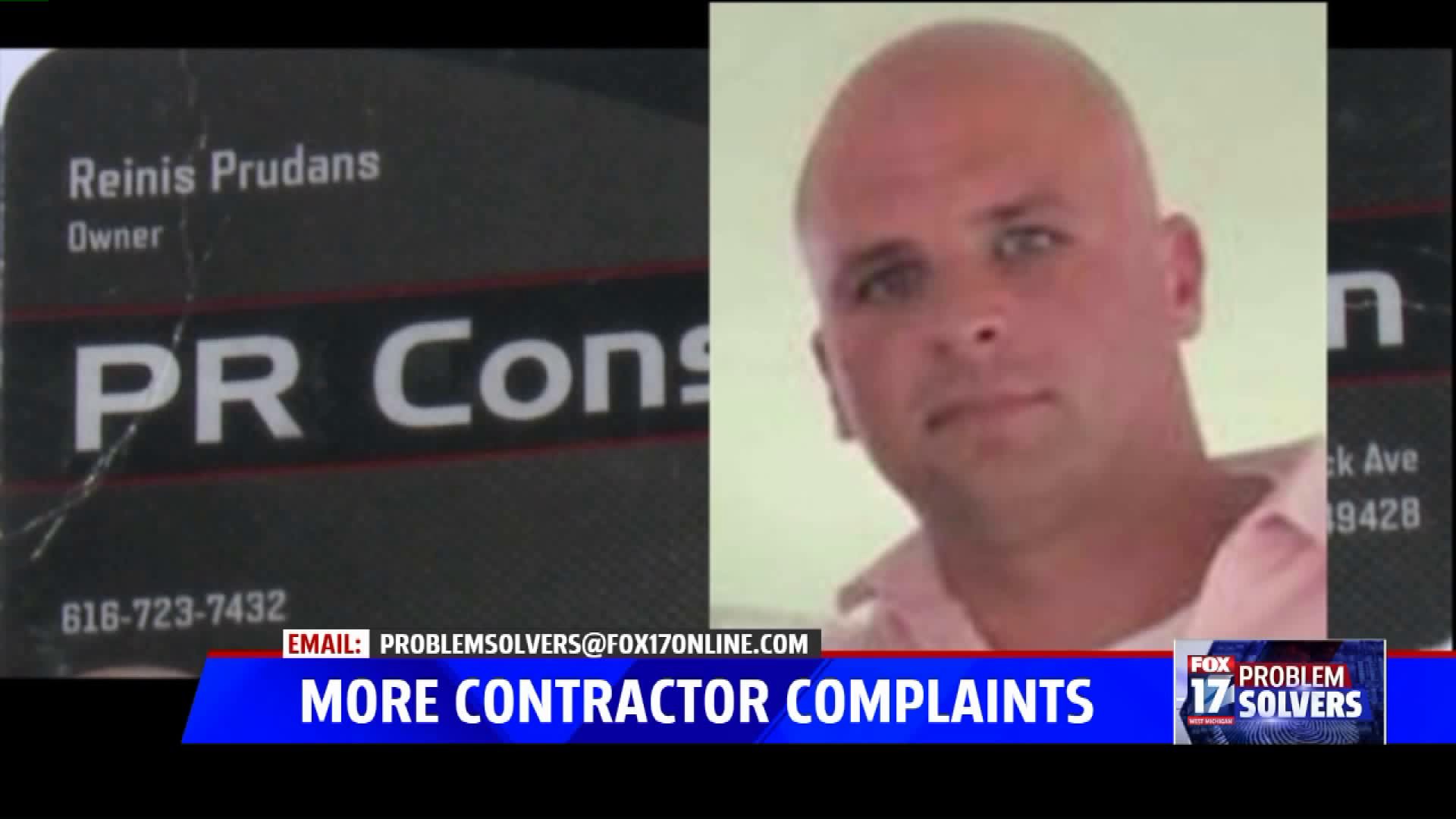 BYRON TOWNSHIP, Mich. -- According to court records, Reinis Prudans has a bench warrant for his arrest for not showing up to court after allegedly bailing on a homeowner's prepaid deck project.

"He always had an excuse," said the homeowner, who asked to remain anonymous.

Prudans, who owns of PR Construction, was paid upfront for labor in May 2018. The homeowner said Prudens promised to have the job done in a week but instead dragged his feet and eventually bailed entirely.

The homeowner, who works in law enforcement, reached out to the Problem Solvers after a colleague saw Prudans on our broadcast. In that story, Tami Vanderwal spoke of the same headache with Prudans.

When the Problem Solvers stopped by the address listed for his business, Prudans promised to get things resolved with Vanderwal soon and said he had medical issues. He ended up paying her $1,000 that same night. That was towards the $4,700 he owes her.

"Be honest. It's the lying that just drives you crazy in this kind of stuff," he said.

FOX 17 called Prudans and left him a message this afternoon but have not heard back.