Crowds gathering around Fox Theatre ahead of debate 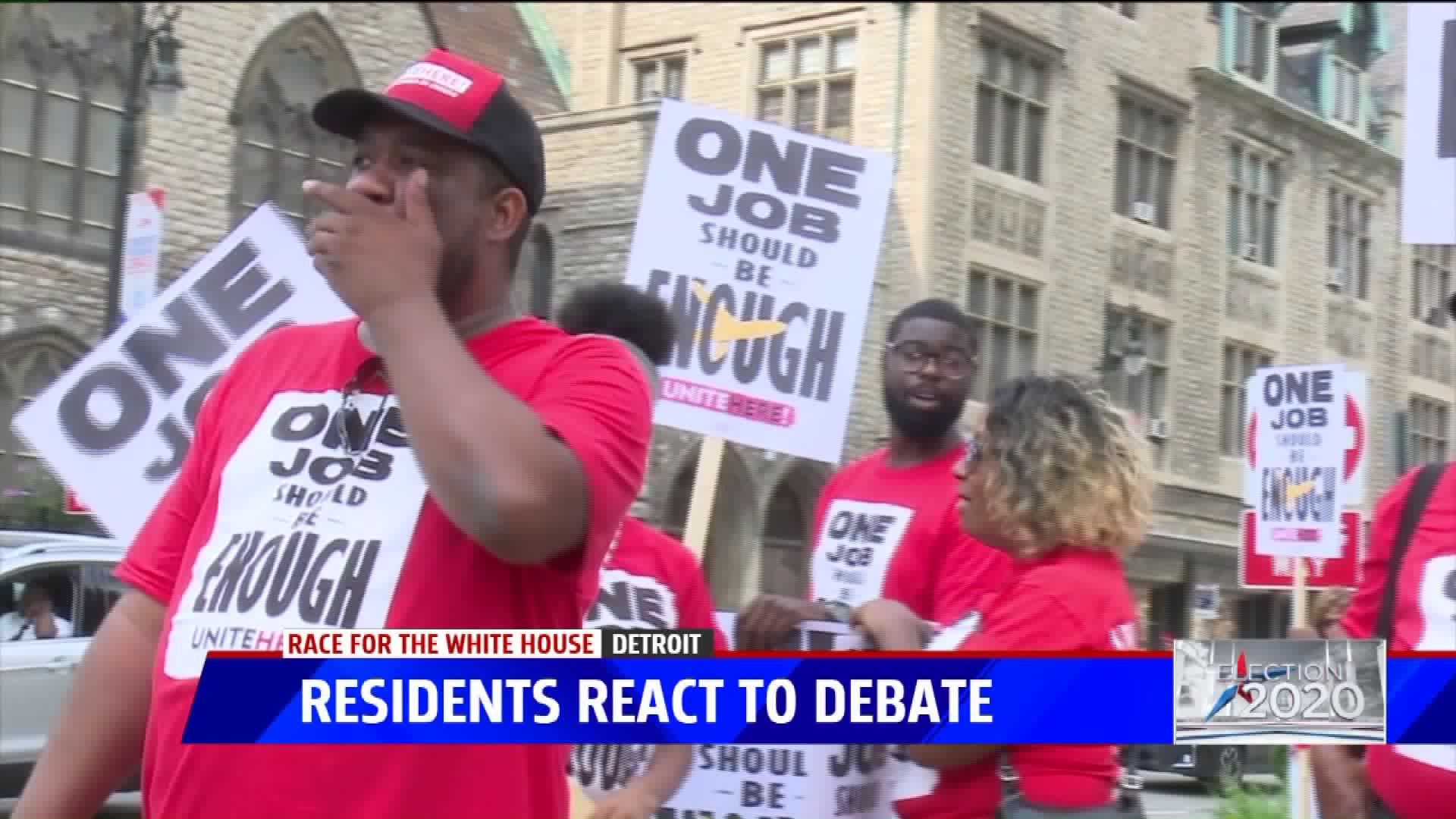 DETROIT — Dozens of people are in the area surrounding the Fox Theatre in Detroit ahead of Tuesday night’s Democratic debate.

People were lining up around the streets to support a variety of causes: to support President Donald Trump, advocate for certain Democratic candidates or for specific issues.

In addition to the activists outside the debate, people who will be in attendance were outside the building well ahead of time.

J.D. and Elizabeth Lancaster drove to Detroit from Grand Rapids and were some of the first members of the audience members to go inside.

Elizabeth Lancaster is hoping to hear about gun control from the candidates.

“Especially since there has been such an uptick in shooting, even in the past week,” she said. “So hopefully it’s centered around that but I think that everyone our age is just really interested in climate change because we’ll be most impacted by that.”

Tom Moran came from Fenton to watch the debate.

“I’m here for one reason: 10,704 votes,” Moran said. “That’s how close it was in Michigan the last time, so I want people to think hard before they vote.”

He also hopes people come together once the Democratic nominee is decided.

“My message is: whoever gets the nomination, people should take the pledge, unite behind the winner,” Moran said. “Because I think we can be a better country.”