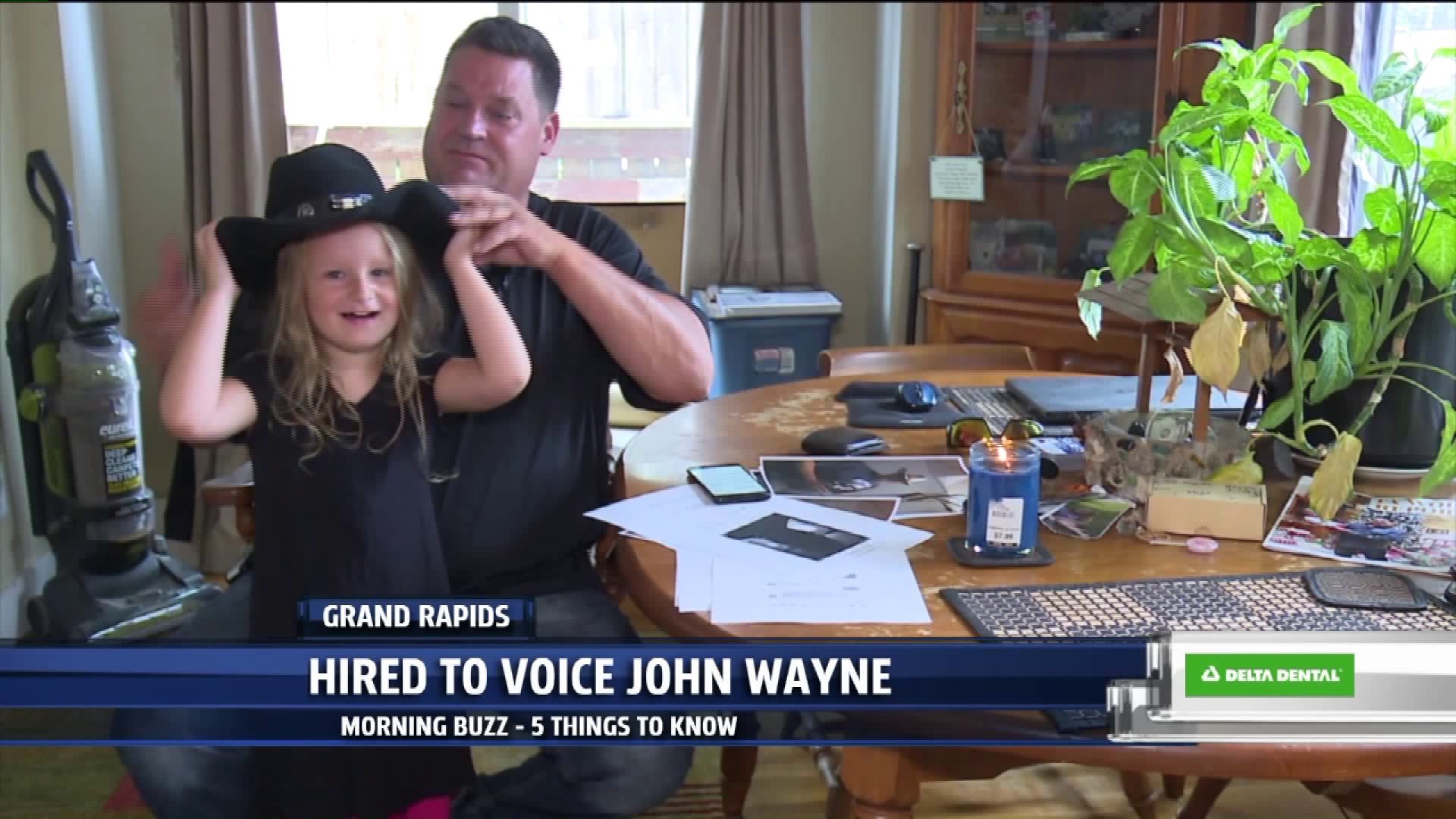 1. An annual festival in West Michigan has been named the Best Air Show in the country.

Field of Flight in Battle Creek took home the top prize in a poll from USA Today.

The festival draws nearly 100,000 people each year with hot air balloon shows, as well as fighter jets and civilian airplanes.

It started back in 1981 as just a hot air balloon festival, but officially became Field of Flight in 2003.

Another Michigan entry, Thunder Over Michigan in Ypsilanti, came in at number 7.

2. GRPD is hiring anyone interested in a law enforcement career. The city is currently accepting applications now through September 6.

For those still on the fence, there's a recruitment open house next Wednesday, August 7, at Michigan Works from 3-6 p.m.

Applicants can sit down one-on-one with a recruiter to answer any questions they have.

All the application info is on the city's website.

3. A West Michigan man had his dream come true by being hired to be the voice of John Wayne in a film project.

Todd Wolf has been told his whole life he sounds like John Wayne, and he's been a big fan too.

Wolf has done impersonations at LaughFest and in videos online. Film producer Rick King, who's been looking for someone who could nail the voice, came across one of the videos.

King is working on a documentary about a theater in Texas, that showed John Wayne's movie "The Alamo" when most other theaters wouldn't.

Todd was quickly hired to voiceover a message sent by Wayne to the theatre's manager.

4. Lazy rivers are about to get less lazy. The GoBoat is revving up the old school pool float by making it motorized.

Whether it's across a pool or a pond, now everyone can go full speed ahead in an inner tube. The company says it's perfect for fishing, going through shallow waters, and even playing bumper boats.

The GoBoat comes in three colors including yellow, pink, and white.

It's currently selling online for a little over $300.

5. People who believe in the health benefits of celery juice might want to head to Costco because the big-box store is now selling cold-pressed celery juice in 18-packs.

Celery itself has been credited with lowering inflammation, aiding weight loss, reducing bloating, and helping with eczema.

However, some skeptics say people can get the same benefits from drinking lots of water.