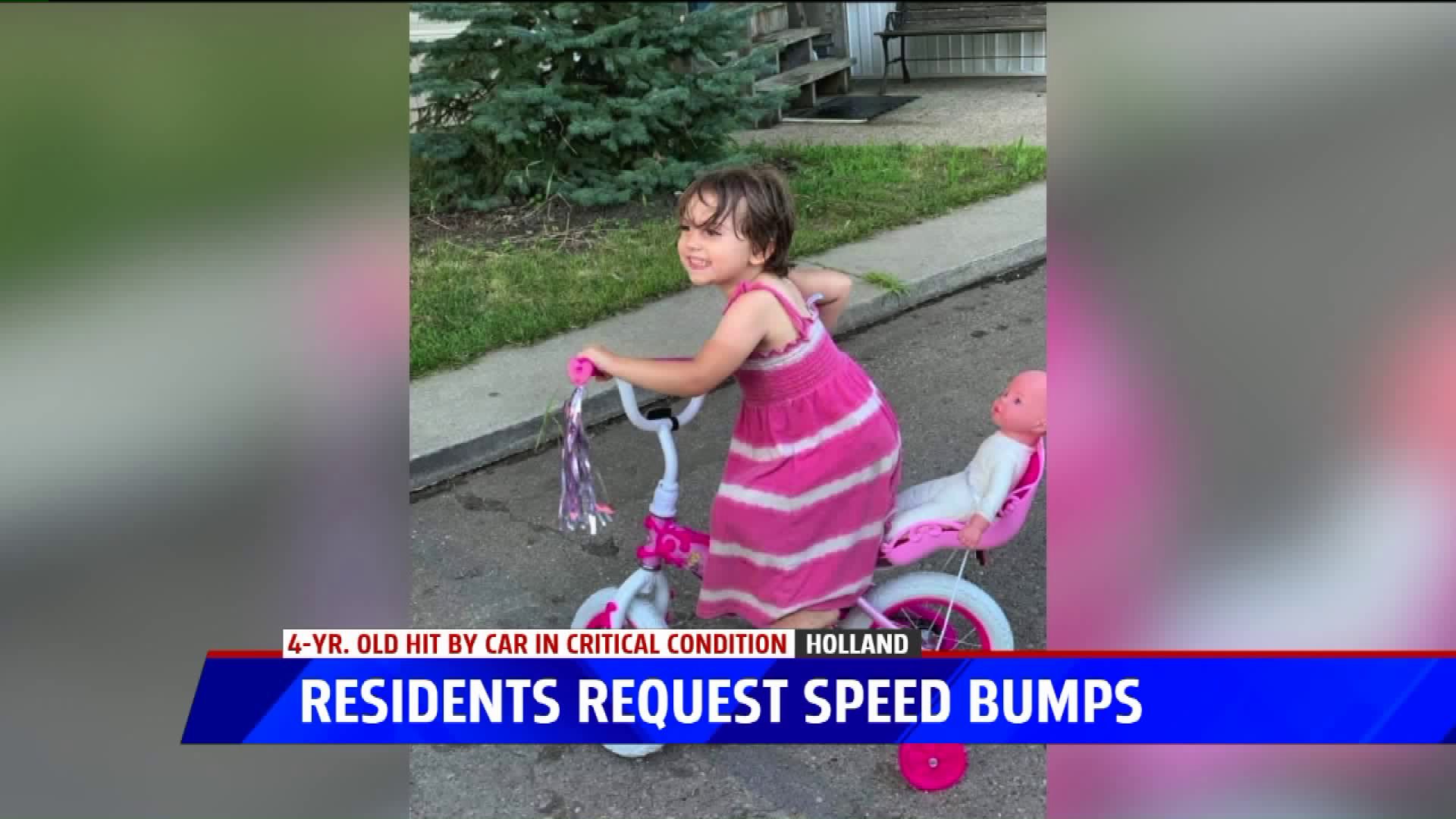 HOLLAND, Mich. — People who live in a Holland mobile home park are asking for change after a 4-year-old was hit by a car.

Litha Wentvel was sent to the hospital with a fractured skull Monday night when she was hit and dragged for several feet by a vehicle near hear home in Willow Park Mobile Homes. Witnesses said the vehicle was going well-above the 15-mph speed limit.

Neighbors say she is the third child to get hit on that road in the last seven years.

"It's very rare our kids play outside because of the people here and that speed," said Matthew Nelson, a resident at the mobile home park and friend of the child’s family.

Seven years ago, a child was killed while walking across the street and another child was hit four years later.

"There is a pattern and that pattern needs to be addressed and I don't know how many people have to get hurt or hit and their families have to suffer that consequence before that actually happens," Nelson said.

Concerned parents and on-site management have posted signs asking drivers to slow down, but that hasn’t been enough to fix the problem.

“I'm hoping the company puts up bigger signs or speed bumps because I don't want to see little kids hit," said Dorris Moreno, a manager at the park.

"We'd really like to see some speed bumps put in here every so often to really force drivers to put down distractions and think about what they're doing and be more conscientiousness about their surroundings and the children that play here," he said.

During a phone call with FOX 17, the property owner said he is aware of the complaints but can’t control how fast people drive, and is considering getting speed bumps in the future.

A GoFundMe has been set up to assist in paying for Litha’s medical expenses.