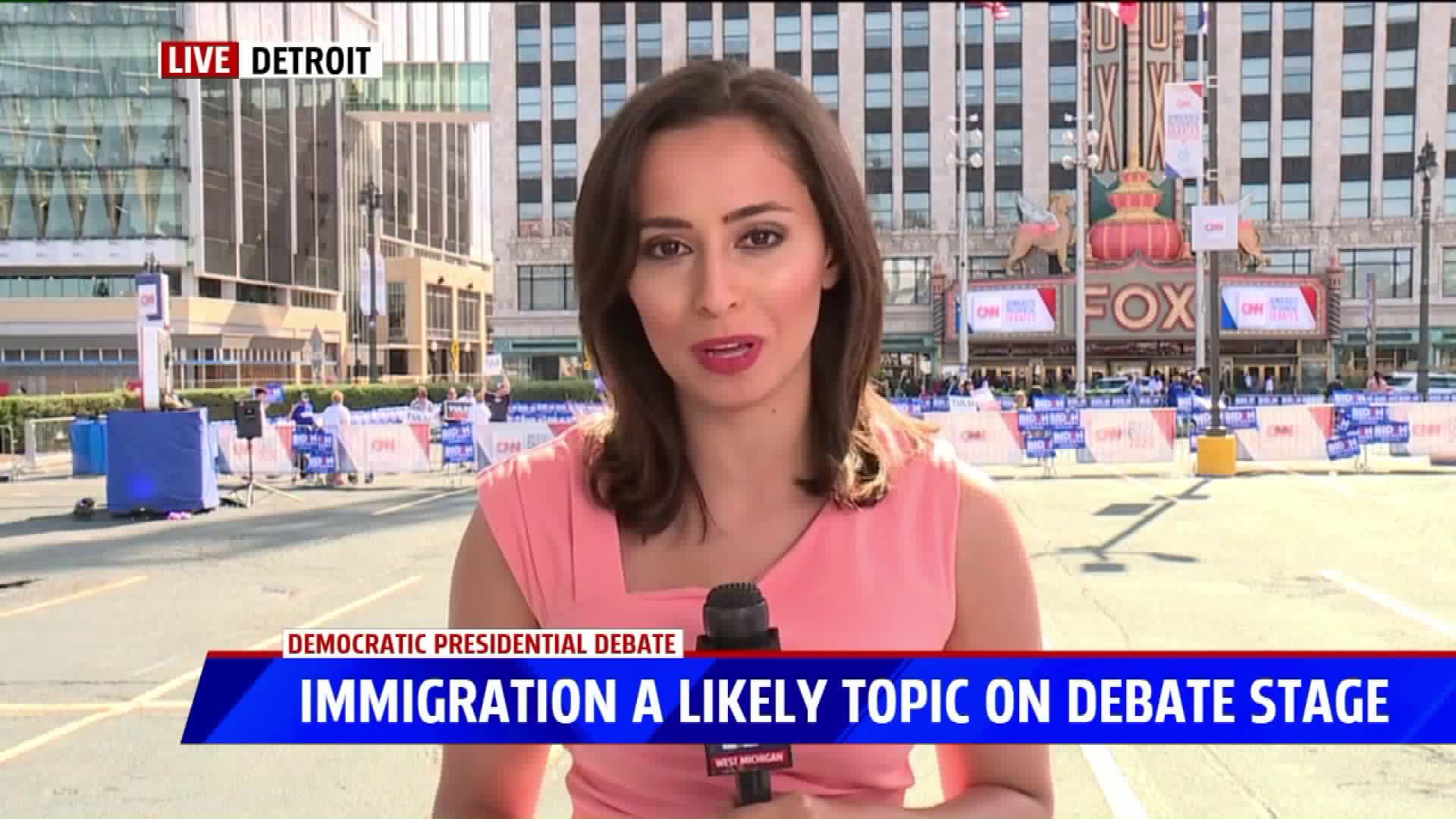 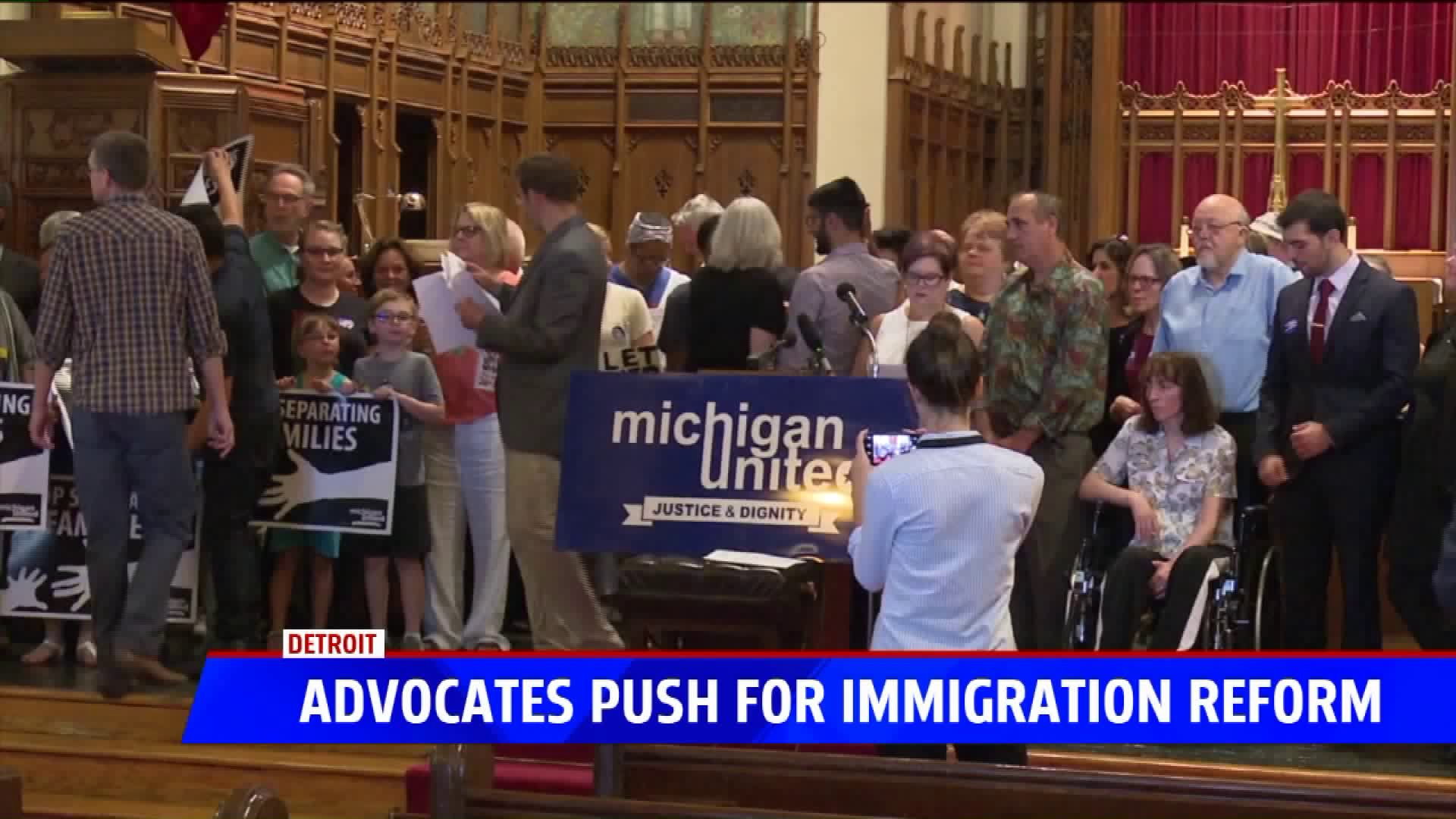 DETROIT — Democrats in the House of Representatives are using the debates in Detroit as an opportunity to share their platforms on immigration.

How to handle immigration has been a hot-button issue between lawmakers and President Donald Trump since he was elected to office. On Wednesday, Michigan Reps. Rashida Tlaib and Debbie Dingell held a press conference on immigration reform.

Tlaib told the audience the immigration system is "unbelievably broken" that has needed a repair for 30 years.

While there, they introduced 21-year-old Samad Nademe, whose mother is currently taking sanctuary at a church in Kalamazoo.

Nademe said his mother has been at the church for about 17 months, and it has devastated his family.

He wants lawmakers to help immigrants by creating a way to earn citizenship.

When the next set of 10 candidates take the stage Wednesday for the second night of debates, Nademe wants to hear more about what they would do to change immigration laws.

“They have been very apprehensive to talk about immigration, and I would like to hear immigration become a more central focal point of all the candidates on stage,” he said.

Abril Valdez, and immigration attorney for the American Civil Liberties Union, also said the candidates need to turn their attention to immigration.

"I think the candidates need to focus on the approximately 13 million undocumented immigrants that are currently in the United States and fix the problem we're facing, not only throughout the U.S., but here in Michigan," Valdez said.

He described President Donald Trump's comments and policies on immigration as a "manufactured crisis" and said the president is creating an "us vs. them" environment.