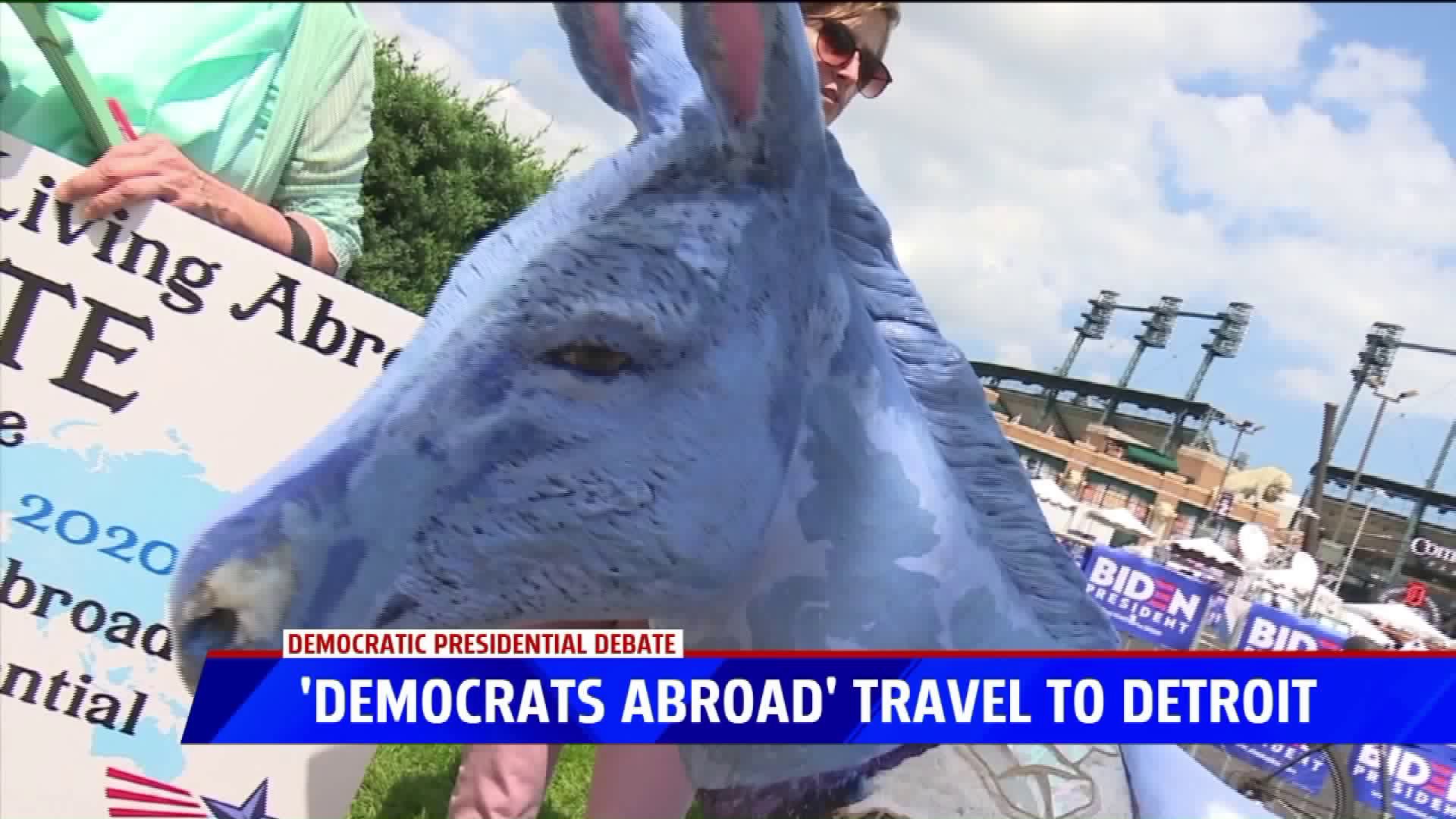 DETROIT — A group of American citizens living in Canada came to Detroit Wednesday to provide information on voting rights while living abroad.

The group, Democrats Abroad, went around the Fox Theatre ahead of the second round of debates to speak with anyone they encountered about voting while living outside the country.

The organization has millions of members and works to make voting easier for people who aren’t living in America during elections.

“I think we’re really concerned about voter suppression,” Alksnis said. “I think that would be the main issue that would potentially come up that would be of interest to us because Americans voting overseas sometimes encounter barriers to our ability to vote.

“Some local election officials aren’t fully aware of the laws about our right to vote and how we vote from overseas.”

More information on the organization can be found on its website.