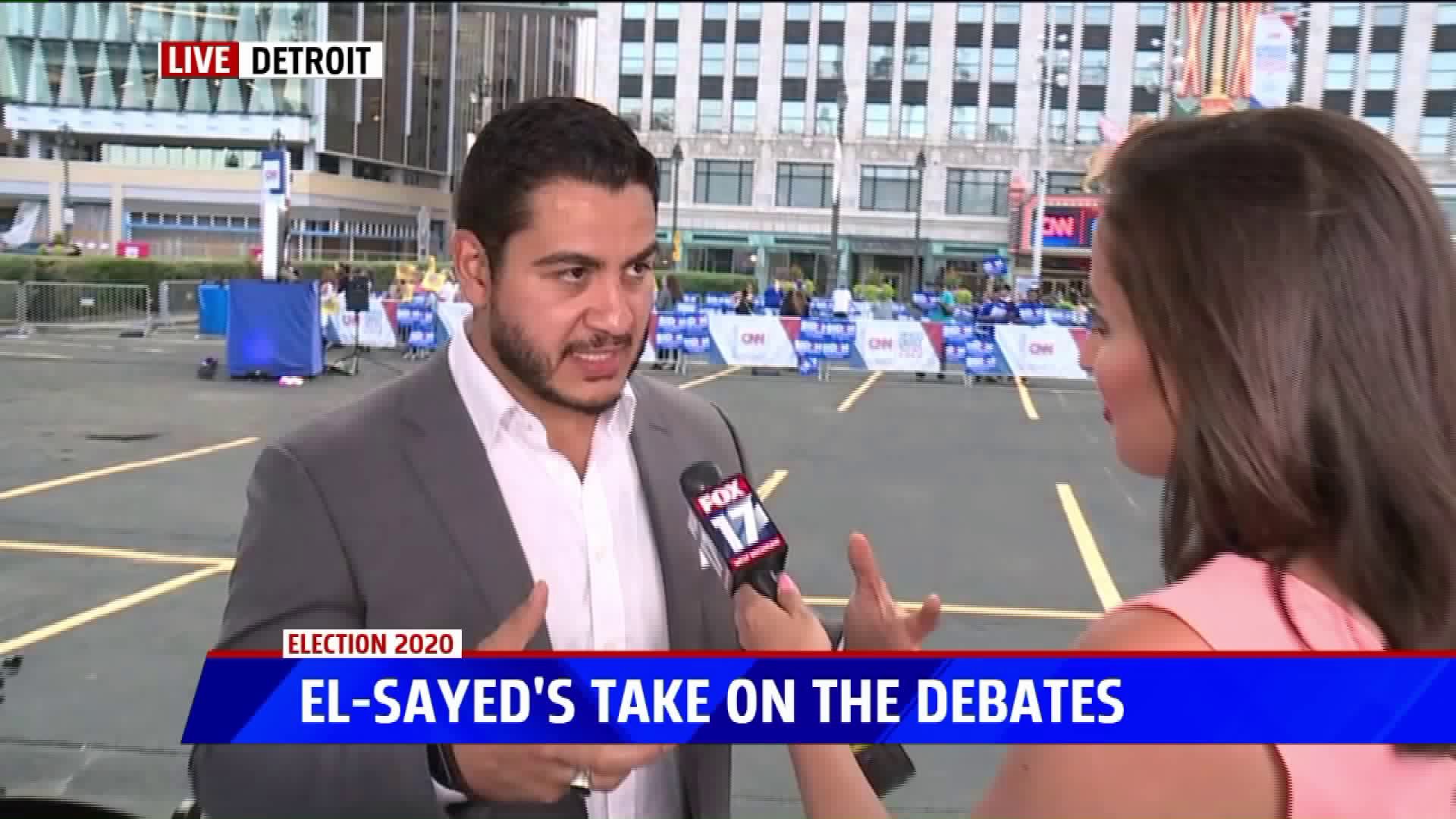 DETROIT — The final round of Democratic presidential debates is set to take place Wednesday night in Detroit.

It is the final chance for some of the candidates to make a lasting impression with the voters. During the first night, a lot of the time was spent debating health care and how to overhaul the current system.

Dr. Abdul El-Sayed, who was a Democratic Michigan gubernatorial candidate in 2018, campaigned on the issue of health care and has continued pushing his platform since then.

He said he wants America to elect someone who will move beyond “corporate politics” and start making progress on issues like climate change and insurance costs.

“Everybody knows that the reason we’re not moving on these issues is because we sold out our government to a system of corporate politics where corporations get to dictate what we do in the future,” Abdul-Sayed said. “We’ve got a responsibility, I think, to move forward on these issues and what we’re trying to do is getting the wrong money out of politics and redemocratize democracy.”