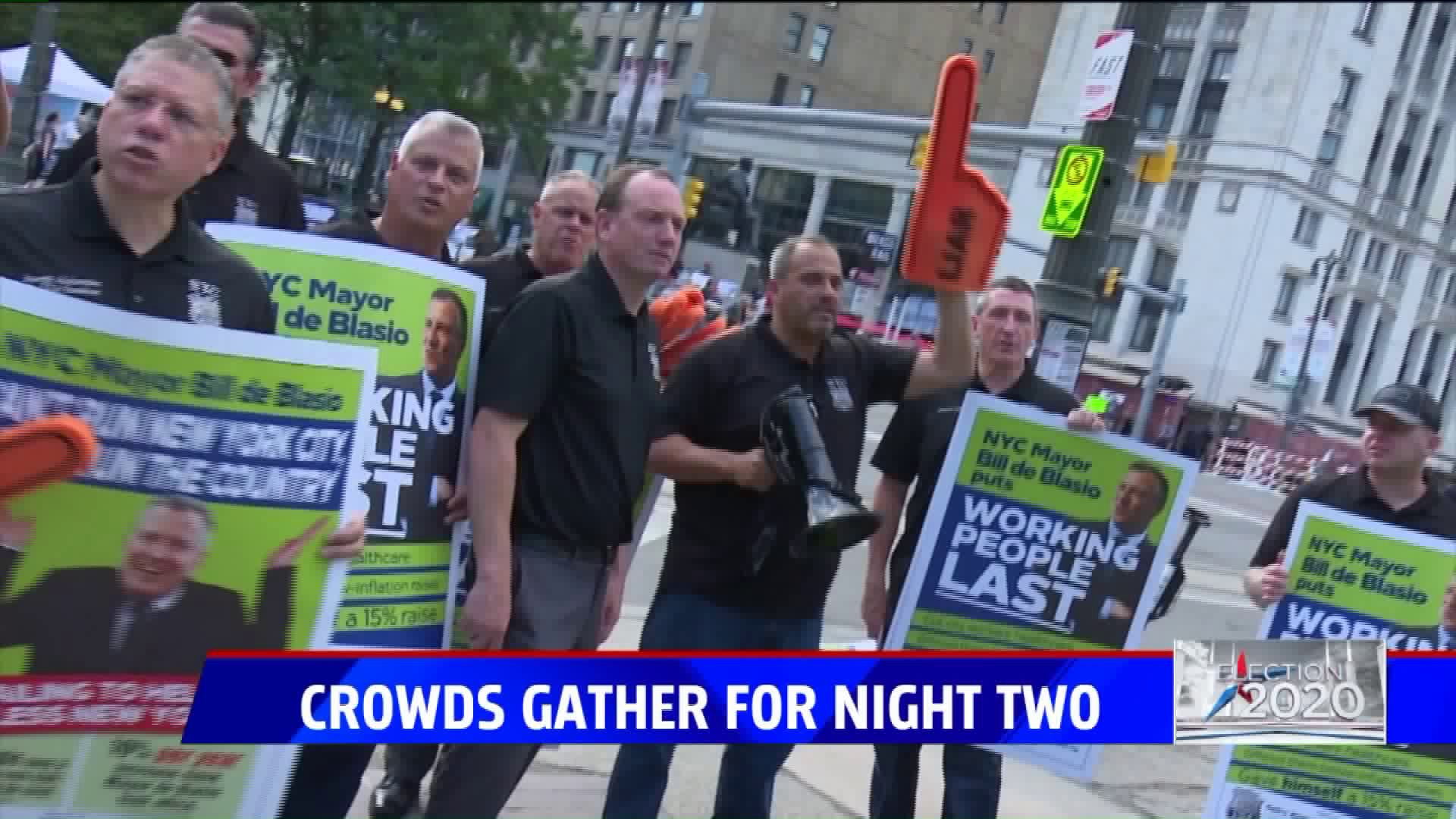 There were fewer demonstrators Wednesday than the day before.

One of those groups still around was the New York City Police Benevolent Association.

“We came out here to try and convince our mayor to come back to the city and do the job that he ran for rather than quit and start running for a new job," spokesperson for the group, Joseph Alejandro, said.

The group is frustrated that de Blasio is now running a presidential campaign, feeling like he's now neglecting his job back in New York City.

"He’s running away from actually sitting down and negotiating with people who go out and risk their lives every day keeping the city safe. Over two years we’ve been waiting to sit down with him and knock out a fair contract," Alejandro says.

The group has not yet decided to back any specific candidate. Alejandro said "it's more about getting the mayor back into the city."

For more information about the NYCPBA, you can visit their website.