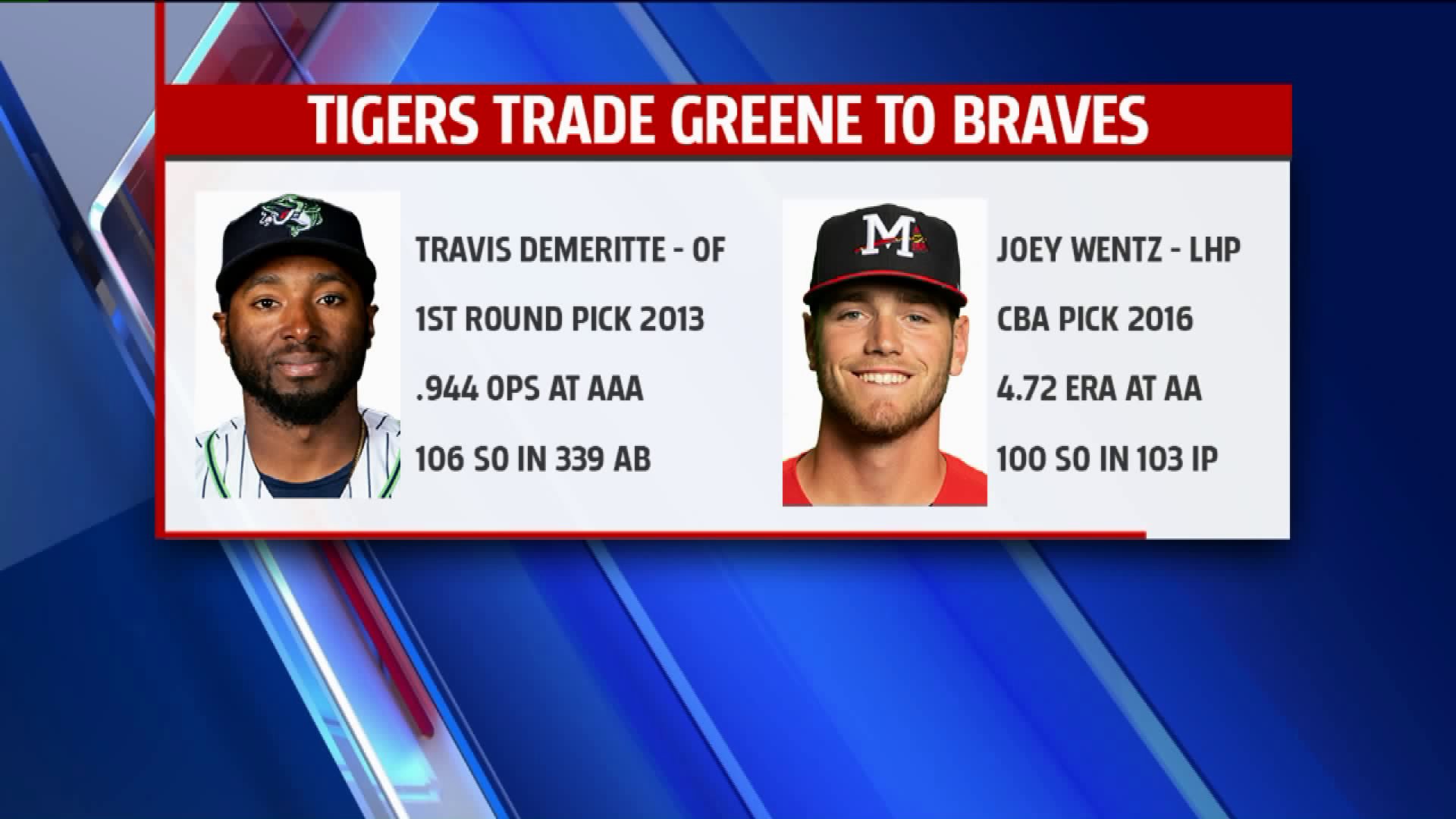 Detorit gets 4 minor leaguers in return

DETROIT, Mich. -- It went down to the wire, but the Tigers did trade both Shane Greene and Nicholas Castellanos before Major League Baseball's 4 p.m. trade deadline Wednesday. Matthew Boyd remains with the team.

Greene was sent to the Atlanta Braves in exchange for Triple A outfielder Travis Demeritte and Double AA left-hand pitcher Joey Wentz.

"(Demeritte) was actually accessible in the Rule 5 draft last year," said Emily Waldon, who covers the minors leagues for the Athletic. "He was accessible by the Tigers and they sidestepped him.  He's a swing-and-miss guy, he's very athletic and has some raw power. It's kind of deceptive, because of the way he's built -- kind of a leaner more lanky build -- can hit home runs, really natural defender, but the swing-and-miss is a little concerning. He's on the higher end: he's 24, so he'll have to cut that down if he wants the best value going forward."

Castellanos went to the Cubs for right-hand pitchers Paul Richan and Alex Lange.

Lange was a first-round pick back in 2017 out of LSU and struggled at high A this year before being promoted to Double AA Tennessee and pitching much better.