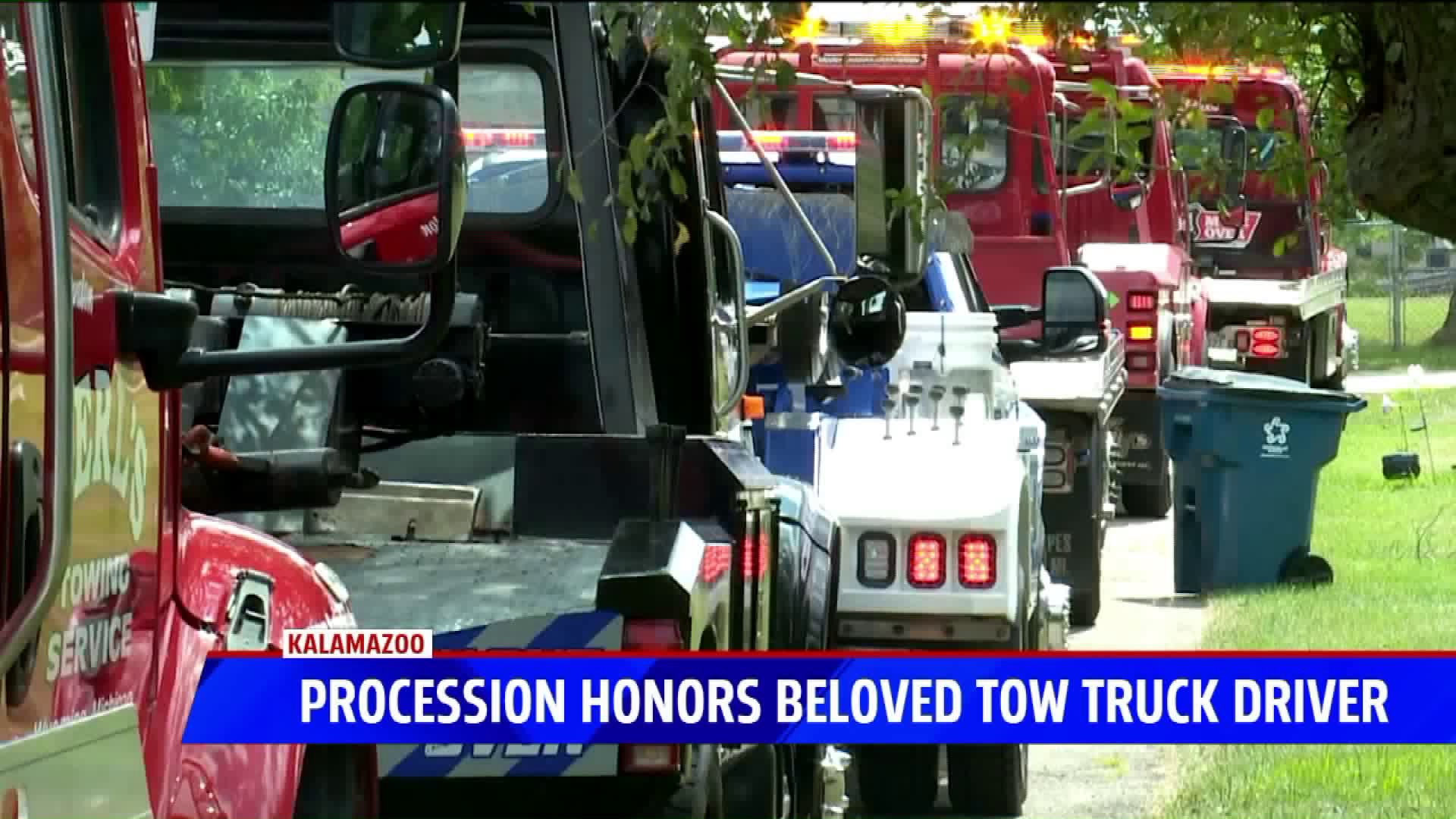 KALAMAZOO, Mich. — Joseph Bird choked up when he talked about his friend Sam Smith. He’d known him for 40 years. They both owned tow truck businesses and always helped each other out, he said.

“I know numerous people that called him that didn’t have money for tows. Smitty would go help them out,” Bird said taking a deep breath. “Sorry. I get a little choked up here.”

Bird said Smitty, as everyone called him, was always ready to help people out. When he wasn’t in a tow truck, he was in a plow truck.

Joey Bird grew up in the tow trucking business and remembered riding around with his dad and Smitty. He has fond memories of participating in demolition derbies in Kalamazoo and Allegan counties. Smitty’s tricks always had the crowd on their feet, he said.

“Smitty would just go out there and put on the biggest show you could see,” Joey Bird said. “He would hook to multiple cars, doing wheelies. I mean, it was the highlight of my life.”

He even made history, Joseph Bird said. When he opened Smitty’s Wrecker Service in 1979, he was the first African American to own a tow truck business. He paved the way for others to follow in his steps.

“He did everything he could in Kalamazoo,” said Smitty’s son Robert Smith after the funeral at Galilee Baptist Church. “I’m going to miss my dad. Very Very proud of him.”

The Birds said they’re going to miss Smitty as well. When they found out about his death, they called several tow truck companies and asked if they’d like to participate in processional to honor him.

“We had to do this,” Joey Bird said. “I’m glad I got as many trucks as I did because it's a short notice during the week.”

Wednesday morning, drivers came in from all over West Michigan, from Marshall to Grand Rapids, to participate. As soon as the funeral ended the drivers lined up near the hearse.

Robert Smith thanked them for their tribute to his dad while other family members walked up to each of them and shook their hands.

“The towing business is a brotherhood,” Joseph Bird said. “We look out for one another. And this is our tribute to Smitty and his family for everything he did for us and the community.”

The processional began at the church on Westnedge Avenue and drove on Riverview and Gull Road before it arrived to Riverside Cemetery. Kalamazoo police led the way. Dozens of people followed and met at the plot and said goodbye.