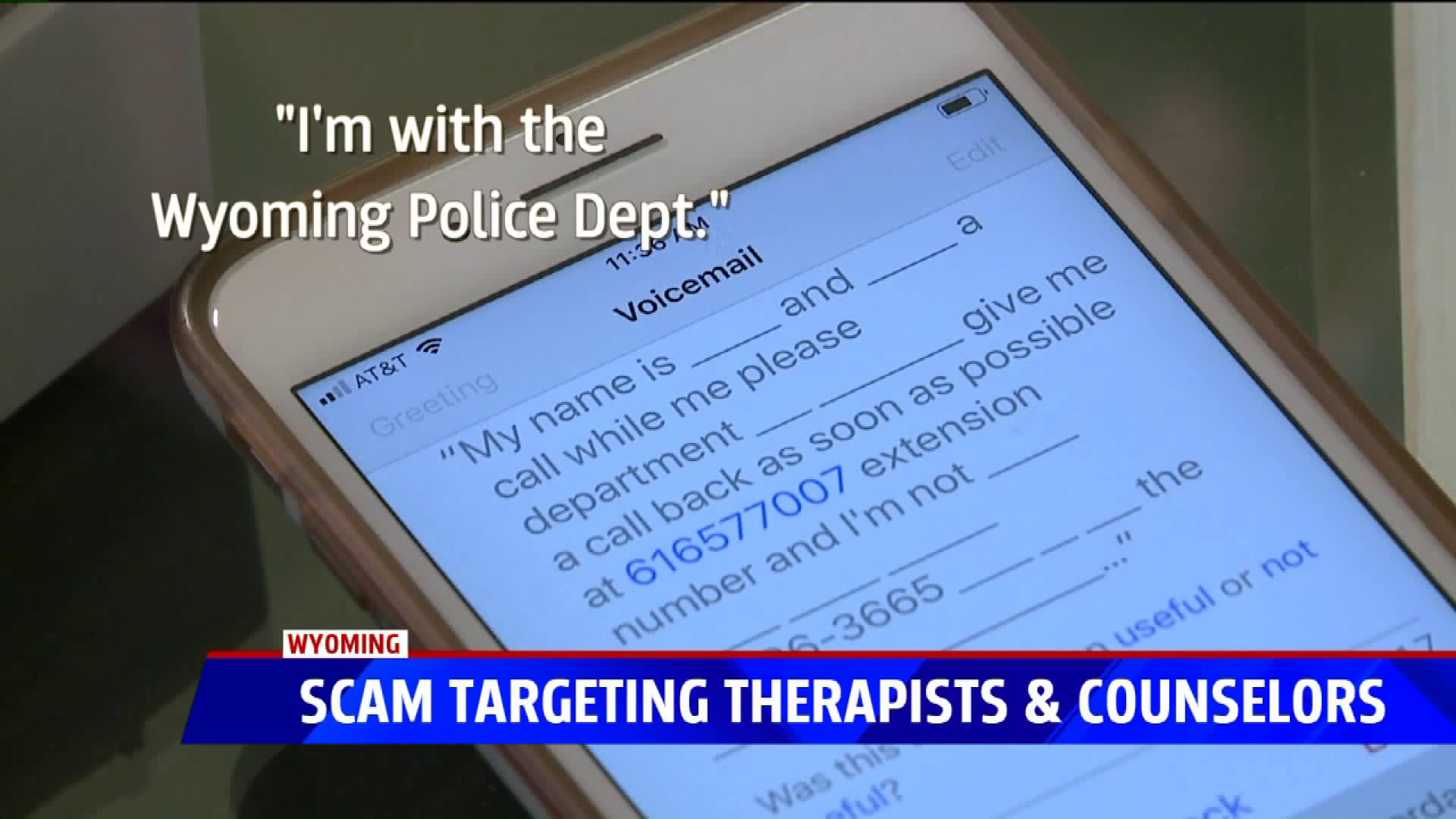 WYOMING, Mich. — Wyoming police are warning about a new scam involving people posing as an officer.

It is targeting therapists and counselors, claiming they missed a court appearance and must pay a fine.

Rachel VanBuskirk said it's very convincing, and she now knows of therapists across the state and country who were victims, some of whom lost up to thousands of dollars.

It all starts with a call from scammers claiming to be “local authorities.” Licensed therapist Rachel VanBuskirk received one of those voicemails early Tuesday morning.

“My name is John McCaw with the Wyoming Police Department,” the message begins.

"In the beginning, I was so upset that maybe I didn't comply with something legally," said VansBuskirk.

VanBuskirk called back right away, dialing into what she thought was the Wyoming Police Department's warrants line. But she was sent to voicemail.

"We played phone tag a few times a few times," VansBuskirk said. "And he got a hold of me and ... asked if I was aware that I did not show up in court yesterday, and that since I did not do so, that there is a bench warrant out for my arrest."

Nervous, she did everything the man on the other end of line told her to do — until the scammer made a mistake.

"And then he mentioned bringing my bond in fee money to the police station with me, but then it was in form of a bond that I could purchase at Walgreens and CVS," she said.

The caller asked her for $3,500 on a reloadable card, a red flag Wyoming Police Captain James MaGuffee says people need to look out for.

"The police are never going to ask you to go buy a gift card, to give your bank information, to show up at some location other than a police facility or a courthouse," Maguffee said. "The real police aren't going to do that."

Fortunately for VanBuskirk, she rushed into the police station before it got that far. And she realized something else on the way out: she wasn't alone.

"Interestingly enough, when I was pulling into the parking lot, another peer of mine ... sent out an email saying that she was getting in her car and was going to the police station, so they had gotten her the same," she said.

Doing a little digging, she found out that the scam artist was pulling from a commonly used mental health resource: Psychology Today, where people can find a therapist.

Capt. Maguffee said this is a unique scheme because it uses actual names and a voicemail prompt, but it still uses common scamming practices by probing people for information and money over the phone.